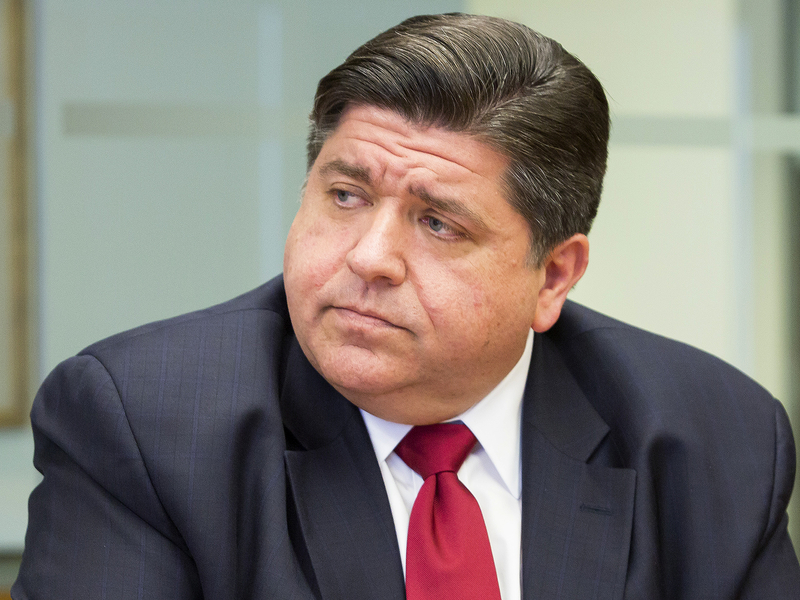 A New York Times story on Sunday mentioned Pritzker’s name among prominent national Democrats whose had emerged as potential successors to President Joe Biden, whose poll numbers are falling and who would be 82 years old the month he would appear on 2024 ballots. The story cites the state’s financial stabilization and Pritzker’s progressive policies as potential selling points.

Spokeswoman Emily Bittner told the paper that Pritzker was focused on the state and “wholeheartedly” supported President Biden and Vice President Kamala Harris.

The Times reported Pritzker “has talked privately about his interest in seeking the White House at some point should the opportunity arise,” which Pritzker denied today.

“I have never spoken privately with anybody, or publicly, about that,” he told reporters. “I love my job as governor of Illinois, and I intend to keep doing it on behalf of the working families of Illinois,” he said, adding he “loved his job” and would continue doing it “as long as I can.”

His own re-election in 2022 is a more pressing matter. This morning, Pritzker made his case to be slated by the Cook County Democratic Party for his gubernatorial bid in 2022, where he talked up his response to COVID, the state’s minimum wage increase, and energy legislation.

“I have no intention of running for anything except re-election as governor,” he continued. Asked whether he’d been approached, Pritzker said “of course people have mentioned this to me on occasion, but I’ve never had a conversation with anybody about it.”

Here is a new way you can watch local news, 24 hours a day, seven days a week – for free!  NBC 5 has launched NBC Chicago News on Peacock. Here, you will see around-the-clock local news coverage. … END_OF_DOCUMENT_TOKEN_TO_BE_REPLACED

Proper Rate, the joint venture by Guaranteed Rate and @properties, has named Rich Honquest as a new vice president of mortgage lending. In the position, Honquest will be originating loans in the … END_OF_DOCUMENT_TOKEN_TO_BE_REPLACED

Tuition for out-of-state and international freshmen will increase by 2.5% in Urbana-Champaign, 1.8% in Chicago and 1.5% in Springfield. Tuition at U of I was previously frozen from 2015-2019 and in … END_OF_DOCUMENT_TOKEN_TO_BE_REPLACED