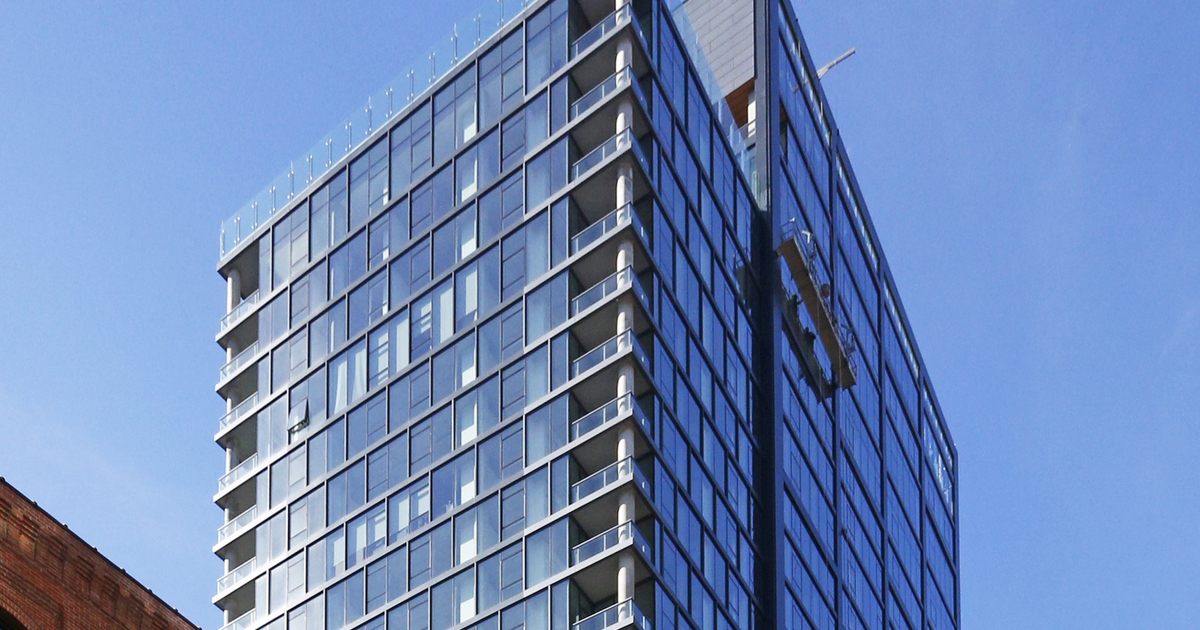 With one luxury apartment tower near Millennium Park already on the market, John Buck has decided to sell another one in River North as well.

The Chicago-based development firm has hired Jones Lang LaSalle to sell 3Eleven, a 25-story building with 245 apartments at 311 W. Illinois St. that opened in 2018. Buck is seeking a buyer at what should be a great time, with downtown rents at record highs. But the downtown multifamily investment market is a sluggish amid rising interest rates and a general aversion among investors to big buildings in the city.

That hasn’t stopped Buck, which is in the process of selling Mila Chicago, a 42-story unit tower at 201 N. Garland Court. A buyer has agreed to buy the 402-unit building, according to the website of the brokerage selling it, Walker & Dunlop, but it’s not clear when the deal will close. The property’s status, “under agreement,” hasn’t changed for months on the Walker & Dunlop website.

It has been a slow year for big downtown apartment sales, with just three exceeding $100 million so far. In the most recent major deal, Morguard, a Canadian investor, paid $133 million for Echelon Chicago, a 350-unit building in the Fulton River District.

Brokers say many institutional investors have decided to steer clear of the downtown apartment market, worried about the prospect of rising property taxes, crime and a perceived anti-business attitude in city government.

Rising property taxes are a risk after Cook County Assessor Fritz Kaegi hiked assessments on downtown buildings in 2021. Kaegi’s office valued 3Eleven at $73.1 million, up 24% from 2020.

The county has yet to calculate or send out final tax bills this year, leaving many landlords wondering how much higher they’ll be. Some investors are holding off on new acquisitions at least until they find out, brokers say.

It’s up to JLL to find the ones that are still enthusiastic about downtown Chicago. The firm barely contains its enthusiasm for 3Eleven in a marketing brochure for the property.

“Residents at this stunning building enjoy an ideal live-work-play lifestyle steps to a state-of-the-art new office development and a flourishing River North location,” the brochure says. “Surrounded by vibrant night life, Chicago’s finest culinary scene, and the city’s top employers, these renters-by-choice are drawn to having the best of Chicago at their doorstep.”

The brochure does not include an asking price for the building, which is 95% occupied. Monthly rents range from $2,394 for a studio apartment to $5,872 for a three-bedroom unit, according to the brochure.

In addition to 3Eleven and Mila, Buck also owns Porte, a 586-unit apartment complex in the West Loop, in a joint venture with Lendlease. On the office front, the developer recently hired JLL to sell a 38-story office building at 33 N. LaSalle St. Buck in June also unveiled plans for a two-tower office project next to the Kennedy Expressway in the West Loop.