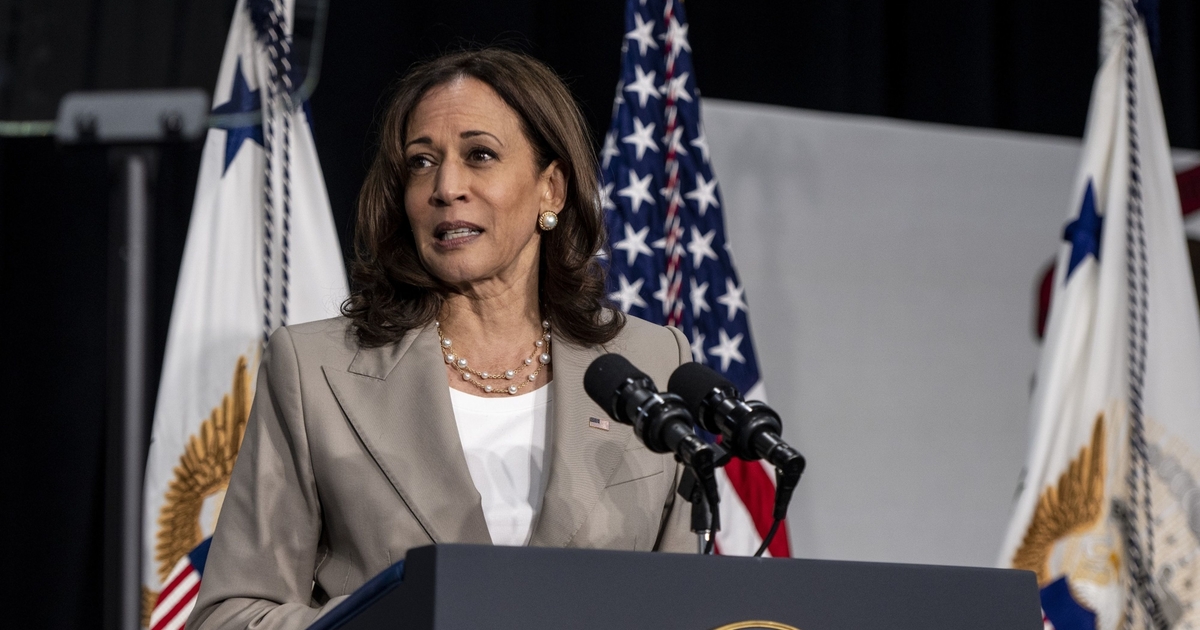 “You have the power to elect leaders who will defend and protect your rights,” she said.

The court voted along ideological lines, 6-3, to uphold a Mississippi abortion ban after 15 weeks of pregnancy, while also voting 5-4 to go further and explicitly overturn the 1973 Roe decision and the constitutional right it established.

Before the ruling, Harris had established herself as the Biden administration’s most prominent voice on abortion rights. She delivered a fiery speech to Emily’s List, a group that advocates for the election of women who support abortion rights, following the leak of the Supreme Court’s Roe decision in May.

She spoke Friday for only about seven minutes, acknowledging that after the court’s decision was handed down while she flew to Illinois, she had changed a planned speech on maternal health.

President Joe Biden earlier Friday warned the high court’s decision puts women’s health at risk and vowed that his administration will do everything in its power to uphold and protect women’s access to abortion medications approved by the Food and Drug Administration.

Biden’s options are limited, though, and he acknowledged that executive action would do little and that he needs Congress to enshrine the protections into federal law.

He too called on voters to elect more officials who would vote to do so, saying “this fall, Roe is on the ballot.”

Democrats called the bill the largest investment in fighting climate change ever made in the US, and it’s projected to help cut greenhouse gas emissions by about 40% from 2005 levels by the end of the … END_OF_DOCUMENT_TOKEN_TO_BE_REPLACED