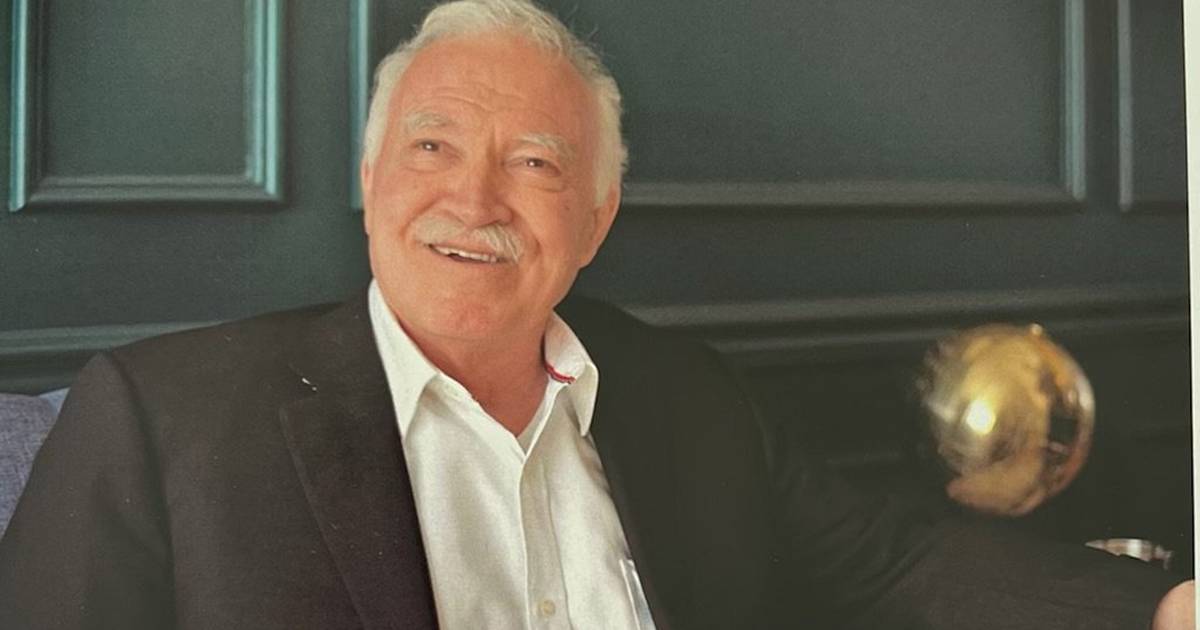 On Saturday afternoon, family and friends that included world leaders gathered under a large tent in Big Rock to pay tribute to a man whose impact was truly felt on a global scale.

And, had he been given more than his 75 years on this Earth, Joe Ritchie most likely would have left a similar imprint in Aurora.

Ritchie, who made his millions investing in options and commodities but made his mission investing in people, was described as an “electronics trading pioneer” in a Crain’s Chicago Business story about his Feb. 22 death.

But the words that best describe the true worth of Ritchie’s extraordinary life were spoken at this Big Rock memorial service, where the self-made multi-millionaire whose every step was guided by his Christian faith was eulogized not only by some of his 10 children but also by top officials who flew in from Rwanda, Afghanistan and Malawi, as well as evangelical megastar Rick Warren, best-selling author of “The Purpose Driven Life,” who became involved in humanitarian efforts in Africa through his friendship with Ritchie, a devout Catholic.

I was not able to attend this service in person as I was celebrating faith-driven milestones in my own family: the First Communions of two beautiful granddaughters. But the following day I watched the entire memorial online and I can’t adequately describe how awed and inspired I was by a legacy that even those making the biggest headlines today could only dream of attaining.

That’s because Ritchie, who resided in Big Rock most of his adult life – he and wife Sharon moved to West Chicago a few years ago but still own many properties in this rural Kane County community – combined his professional talents and influence with his faith-fueled desire to make this world a better place, not just by walking the walk but by building paths so others could follow in his footsteps.

It would be impossible to list the accomplishments of this man who drove a bus to get through Wheaton College, then became a computer programmer, Cook County jail guard and patrolman before getting into trading. But here is my attempt to at least summarize a few:

After making a fortune on the Chicago Board of Trade, Ritchie’s business projects took him to Japan and to the Soviet Union where, even before the Cold War ended, he spearheaded the first American-Soviet joint venture.

After witnessing children dying without medicine in Iraqi hospitals, he convinced the U.S. government to give faith leaders a voice in the lifting of sanctions.

Longtime Big Rock resident Joe Ritchie, who died in February, was awarded the National Order of Outstanding Friendship, the country’s highest honor, by Rwandan President Paul Kagame for his work in that nation that began in 2003.

After falling in love with Afghanistan as a child when his father taught civil engineering there, he and brother James “went into a vacuum left by the U.S. government” before 9/11, according to a 2001 New York Times story, to help free citizens from Taliban rule, a long-term commitment that most recently involved the evacuation of nearly 200 female students to Rwanda, another country that has benefitted from this man’s brilliance and compassion.

As an investor in private enterprises in that African nation ravaged by genocide, Ritchie partnered with President Paul Kagame to launch the Rwandan Development Board and Presidential Advisory Council, all of which earned him citizenship and the country’s highest honor from Kagame, who spoke remotely at Saturday’s Big Rock service.

Ritchie performed similar economic miracles in Malawi, according to his obituary, working with its past and current presidents, and also partnered with leaders in Kenya, the Democratic Republic of Congo and Guatemala, among others.

In addition, he invested in worldwide initiatives that focused on children, including HOSTS (Help One Student to Succeed), World Without Orphans and America’s Kids Belong, with the idea that when churches, government and business work together, far more can be accomplished.

As his obit noted, at the heart of each of Ritchie’s adventures was an “exceptional leader who compelled Joe to participate.”

Which is what brought this world-changer – who knew Pope Francis and considered former President Jimmy Carter and former United Kingdom Prime Minister Tony Blair as personal friends – to a series of breakfast meetings in Aurora last fall that included Police Chief Keith Cross.

This small group met to discuss the possibility of creating a sports-focused transformation program in the city that would bring business, police and church leaders together in addressing issues specific to Aurora’s youth. According to the Rev. Huntley Brown, who attended the meeting and considered Ritchie a mentor and close friend, “in the 30 years I’ve known Joe I only saw him cry twice, once when his (19-year-old ) daughter died and the other time when he heard the chief’s story.”

Turns out that Cross, who as a police officer for nearly three decades is a good judge of character himself, was skeptical of Ritchie in that first encounter. He knew little about the man and his agenda beforehand, Cross admitted, and even left that initial meeting “a little confused because Ritchie spoke so little about himself,” choosing instead to listen to what the police chief had to say.

As Cross, who grew up in Aurora and saw the struggles of some classmates who took the wrong path in life, found out later, “he was sizing me up the same way I was checking him out.”

Later, after doing his research on Ritchie, Cross was “astonished to learn who Joe was and what he had accomplished on a global scale” and that “this humble man wanted to help our community.” (An avid pilot, Ritchie holds a couple of transcontinental speed records and was the mission control director for balloonist Steve Fossett’s around-the-world efforts).

After that second sit-down, Cross “was really looking forward to working with Joe.” Unfortunately, by the time a third meeting came around in December, Ritchie was too ill to attend.

Giving to others “is not more noble but more pleasurable,” Ritchie said in a memorial video, insisting that being able to “hang out with those better than me” not only creates “lucky opportunities” but are “gifts to do something no one else has a chance to do.”

When it came to his many business and non-profit ventures over the decades, he also maintained that “if I can get the structure in place, it can go on without me.”

Unfortunately, Joe Ritchie never got that chance in Aurora.

“I’m not sure at this point what is going to happen to the program he wanted to bring here,” said the chief, adding that “I wish I would have had a chance to spend more time” with this man.

“Joe dedicated his life to helping people, and in doing so he has changed the lives of thousands of people around the world,” said Cross. “He may not have been that known in this community before his death, but he certainly deserves to be known now.”

Chicago Shooting News Live: A gunman on a rooftop opened fire on an Independence Day parade in suburban Chicago on Monday, killing at least six people, wounding at least 30 and sending hundreds of … END_OF_DOCUMENT_TOKEN_TO_BE_REPLACED

The real estate industry is beyond crowded — it seems like agents are popping up everywhere and taking aim at your clients. So, how can you cut through all that noise to stand out? You’ve got to … END_OF_DOCUMENT_TOKEN_TO_BE_REPLACED

Chicago Mayor Lori Lightfoot confirmed to the New York Times that the Chicago Police Department is assisting in the response and investigation.  “Law enforcement is working hard to bring the shooter … END_OF_DOCUMENT_TOKEN_TO_BE_REPLACED