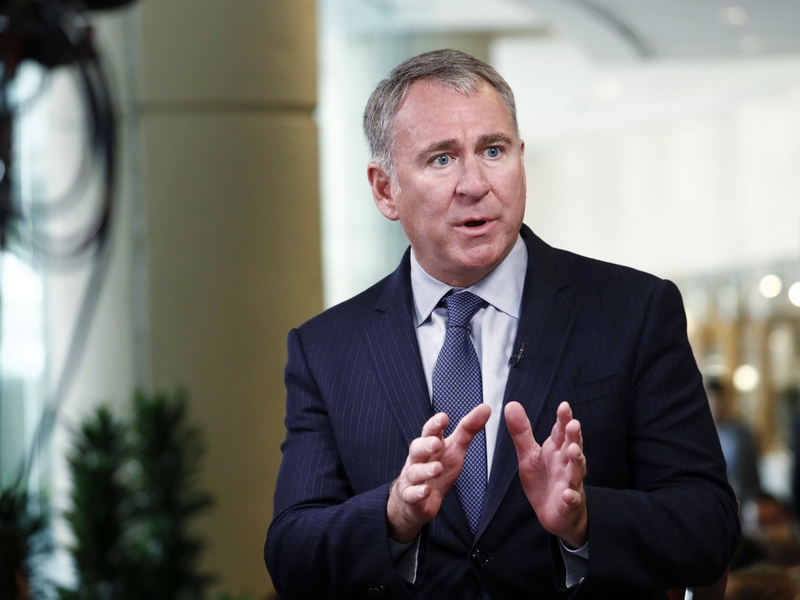 Griffin’s gift to the Underline comes as the billionaire has talked publicly about moving Citadel out of Chicago because of his concerns over rising crime. Griffin is in the process of building a mansion in Palm Beach on $350 million oceanfront land. Besides Chicago and Florida, Griffin also has properties in New York and London.

Other plans for the Underline include crosswalk improvements, planting 100,000 native plants and trees and building a playground and a Metrorail station plaza. Construction of the park is also supported with funds from Miami Dade County, the state of Florida and the city of Miami.

“The Underline brings together the best of Miami, with spaces for families and visitors to enjoy the outdoors and engage with the arts year-round,” Griffin said in a statement. “This revitalizing project is an example of the opportunities that public-private partnerships can unlock to enrich our communities.”

Last year, Griffin gave $7.5 million to Chicago Connected, a public-private investment to provided free high-speed internet service to about 100,000 Chicago Public Schools students. The program inspired a similar program in Miami, which launched this year with funding from Griffin.

Here is a new way you can watch local news, 24 hours a day, seven days a week – for free!  NBC 5 has launched NBC Chicago News on Peacock. Here, you will see around-the-clock local news coverage. … END_OF_DOCUMENT_TOKEN_TO_BE_REPLACED

Proper Rate, the joint venture by Guaranteed Rate and @properties, has named Rich Honquest as a new vice president of mortgage lending. In the position, Honquest will be originating loans in the … END_OF_DOCUMENT_TOKEN_TO_BE_REPLACED

Tuition for out-of-state and international freshmen will increase by 2.5% in Urbana-Champaign, 1.8% in Chicago and 1.5% in Springfield. Tuition at U of I was previously frozen from 2015-2019 and in … END_OF_DOCUMENT_TOKEN_TO_BE_REPLACED