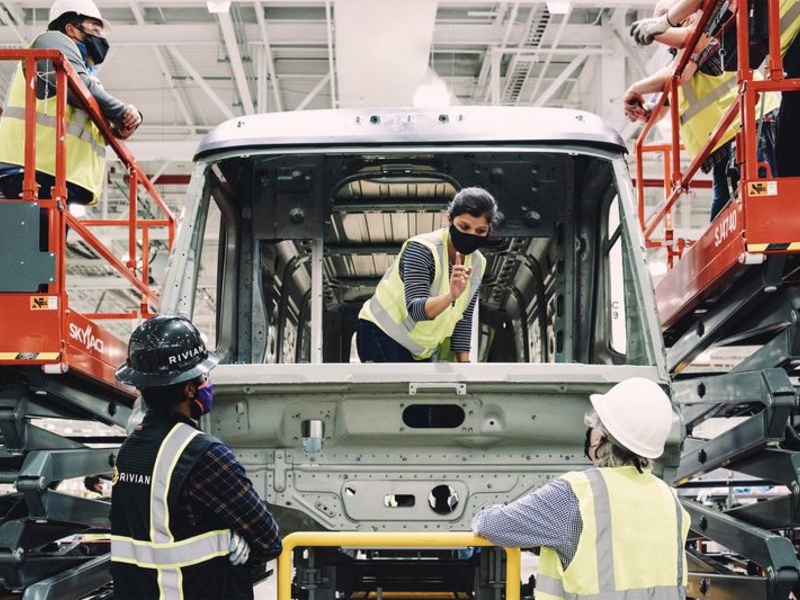 The nation needs to know that Gov. J.B. Pritzker has introduced a sweeping piece of legislation—a set of policies to encourage the burgeoning electric vehicle industry to invest more here.

The nation needs to know that the state has awarded $7.5 million to Normal’s Heartland Community College to launch a program to train electric vehicle technicians, so that Rivian and its suppliers have the skilled labor they need.

The nation needs to know that Illinois State University, just a 10-minute drive away from the plant, is planning to invest $44 million to launch an engineering school, again so Rivian and its suppliers have the skilled labor they need.

The nation needs to know that Normal is about an hour’s drive from the University of Illinois Urbana-Champaign, home to one of the nation’s fastest supercomputers and one of the world’s best engineering schools. In 2020, the U of I System’s computer science, computer engineering and data science programs graduated more than 2,700 students.

The nation needs to know that Normal is perfectly located at the intersection of Interstates 39, 55 and 74, and in the center of one of the most densely connected rail networks in the world. That means easy access to suppliers and customers.

The nation needs to know that large swaths of the area are in enterprise zones or tax increment financing districts, both of which offer numerous benefits to business owners.

The nation needs to know that a 500,000-square-foot addition to the North Normal Industrial Park is being built for Rivian suppliers. (Rivian itself leased all of Phase One.)

And the nation needs to know that just up the road, in Joliet, an electric bus maker named Lion Electric is adding hundreds of jobs for its first U.S. manufacturing facility.

The nation needs to know that Rivian and Lion are but the start of a boom in Illinois’ green economy, and our leaders in the for-profit, nonprofit and government sectors all understand the recipe for it:

Illinoisans need to know that this is a once-in-a-generation opportunity that we all must rally behind.

Road vehicles account for a staggering 15% of global carbon emissions, and the pollutants from vehicles are often concentrated in low-income communities. The most recent clean energy bill passed in Illinois targets an impressive 1 million new electric vehicles in our state by 2030.

Companies will invest about $350 billion in the next two years to hit these and other goals, and transform the way we make cars—expenditures that are not only good for our economy, but good for our planet.

We have confidence that Illinois leaders will seize this moment to help our workers and our environment, but you need to know there’s one more ingredient that can’t be left out.

The national media will report on Normal’s electric vehicle-powered revival, but most will do so only once, and always with the healthy skepticism the profession requires.

An advertising campaign, however, can hammer the message repeatedly and confidently. “The EV Adventure Starts in Illinois,” for instance, could promote tourism and our economy. Or “Illinois: Where Rivians are Made” could promote our advanced manufacturing training programs. Or, we could create “The Green Route 66,” which could highlight both our efforts to combat climate change and our central location.

No matter what the ads say, they will show manufacturing workers in Illinois cheering as these sleek trucks roll off the assembly line.

Such a campaign would be a savvy move. Because if no one outside of Illinois knows what our state is doing to foster its green economy, no one will come.

Chicago Shooting News Live: A gunman on a rooftop opened fire on an Independence Day parade in suburban Chicago on Monday, killing at least six people, wounding at least 30 and sending hundreds of … END_OF_DOCUMENT_TOKEN_TO_BE_REPLACED

The real estate industry is beyond crowded — it seems like agents are popping up everywhere and taking aim at your clients. So, how can you cut through all that noise to stand out? You’ve got to … END_OF_DOCUMENT_TOKEN_TO_BE_REPLACED

Chicago Mayor Lori Lightfoot confirmed to the New York Times that the Chicago Police Department is assisting in the response and investigation.  “Law enforcement is working hard to bring the shooter … END_OF_DOCUMENT_TOKEN_TO_BE_REPLACED