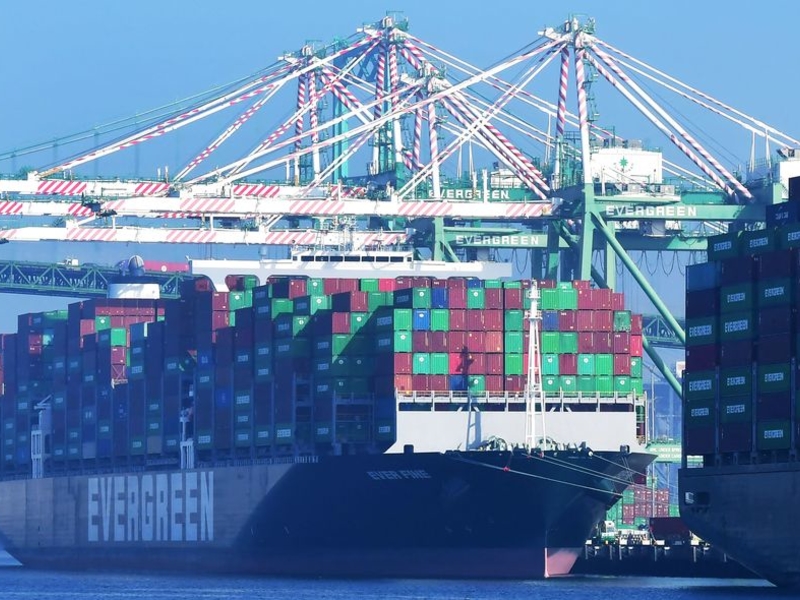 Outside of the still-beaten-down aerospace sector, sales at many industrial companies are already running ahead of pre-pandemic levels. But there’s reason to think the sector is due for more than just a run-of-the-mill recovery. The globalized supply chain isn’t vanishing entirely; it still makes perfect sense for certain business models. But the pressures of COVID have forced companies big and small to reevaluate how resilient their manufacturing operations truly are, and many have concluded they need to have factories closer to home. For the most part, the blockbuster North American factory announcements remain heavily concentrated in the semiconductor and electric-vehicle industries as the U.S. government scrambles to rectify its over-dependence on Asia for these crucial next-generation technologies.

But the chip factory announcements amount to at least $50 billion so far. Remember that semiconductor plants also need lights, air conditioning and roads. Bank of America Corp. analyst Andrew Obin estimates the new chip factories alone will add 1.8 percentage points of growth to the pace of capital expenditure expansion in the U.S. over five years. There are also signs the spending is spreading. Danish medical-device maker Ambu A/S, Chinese furniture maker Keeson Technology Corp., industrial conglomerate Boyd Corp. and toymaker MGA Entertainment are among those setting up factories just across the border in Mexico to shrink their supply chains, as detailed by my Bloomberg News colleague Thomas Black.

One reason there haven’t been more announcements like this at the mega-cap level is that most large industrial companies have long oriented their supply chains to put the final assembly process near the end customer. But if growth is going to be as robust as some of these companies are saying, they’re going to need more capacity. Schneider Electric SE, for example, is adding three new North American plants to boost production of circuit breakers, switchboards and other electrical equipment.

Big capital spending increases were limited among large industrial manufacturers in 2021, in part because of challenges getting the materials and people necessary to build new factory lines. But plans for 2022 have started to take shape, and the early read from companies such as Rockwell Automation and Deere that have already given guidance indicates a big step up in spending, according to an analysis by Melius Research analyst Scott Davis.

Meanwhile, rising wages and difficulties filling jobs in a tight labor market will likely accelerate adoption of industrial automation, fueling yet more spending on equipment. Robots are the great equalizer when it comes to geographic assessments of supply chains; they cost about the same no matter where they are in the world. The International Federation of Robotics projects that North American robot installations will grow 17% in 2021 and that a “post-crisis boom” will continue to fuel low double-digit growth rates in 2022 and beyond.

Here is a new way you can watch local news, 24 hours a day, seven days a week – for free!  NBC 5 has launched NBC Chicago News on Peacock. Here, you will see around-the-clock local news coverage. … END_OF_DOCUMENT_TOKEN_TO_BE_REPLACED

Proper Rate, the joint venture by Guaranteed Rate and @properties, has named Rich Honquest as a new vice president of mortgage lending. In the position, Honquest will be originating loans in the … END_OF_DOCUMENT_TOKEN_TO_BE_REPLACED

Tuition for out-of-state and international freshmen will increase by 2.5% in Urbana-Champaign, 1.8% in Chicago and 1.5% in Springfield. Tuition at U of I was previously frozen from 2015-2019 and in … END_OF_DOCUMENT_TOKEN_TO_BE_REPLACED