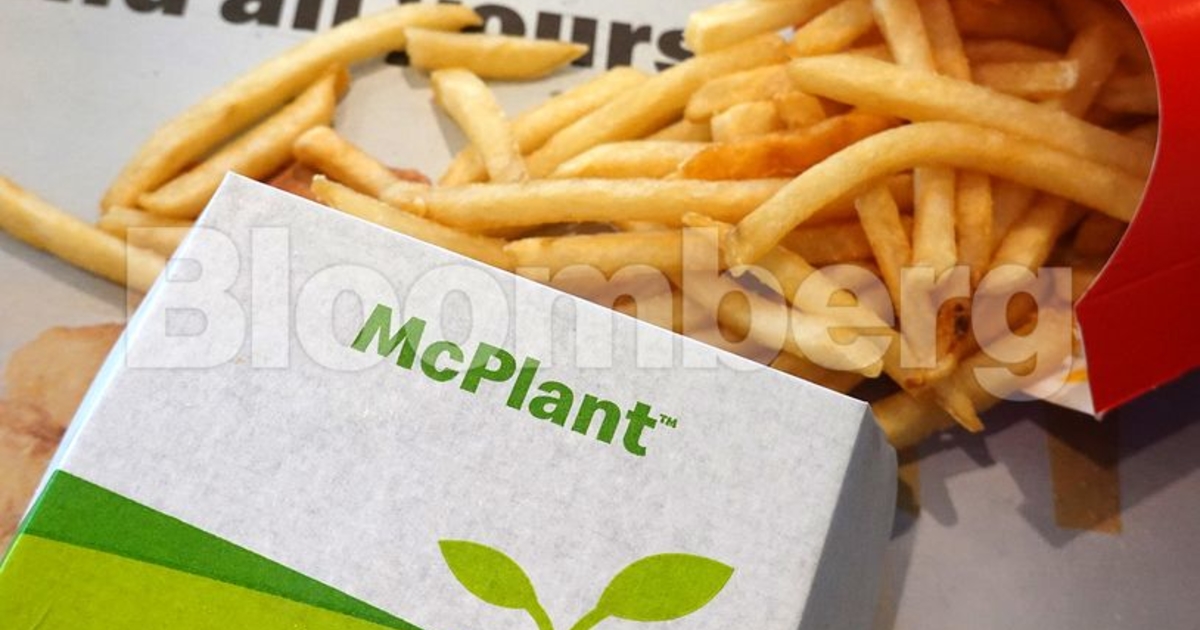 “The McPlant has been part of our global core menu lineup since November 2020 for markets to pull down as they choose to,” a McDonald’s spokesperson said in an emailed statement. “There are no new updates in the U.S.”

Beyond Meat didn’t immediately respond to a request for comment.

Fast Company later corrected its report to say that the McPlant remains a “core menu item,” instead of a permanent one for McDonald’s.

Shares of Beyond Meat pared earlier gains, still up 9.1% at 3:47 p.m. in New York. The stock earlier on Wednesday soared as much as 34% for their biggest gain in more than a year. Beyond Meat had closed Tuesday at a record low.

McDonald’s started testing the McPlant in the U.S. late last year and expanded the program in February to more locations. More restaurants, including Yum! Brands Inc.’s KFC, are trying out plant-based fare to attract vegetarians and those looking to cut back on meat consumption. But results have been mixed, with some chains moving away from faux animal proteins, and others keeping it as an option.

WAUCONDA, Ill. (AP) — A bison that escaped a suburban Chicago farm last September and had been living in the wild since was recaptured Wednesday, officials said. The 1,300-pound bison some had come … END_OF_DOCUMENT_TOKEN_TO_BE_REPLACED

With suburban home value growth surpassing that of urban homes, the most popular areas appear to be outside the city. According to Zillow, all 10 of its current top markets are located roughly 30 … END_OF_DOCUMENT_TOKEN_TO_BE_REPLACED

The measure passed 30-19. After the first meeting adjourned, the City Council briefly met for a second time during a special meeting called for by 30 aldermen to grill city leaders about Chicago’s … END_OF_DOCUMENT_TOKEN_TO_BE_REPLACED