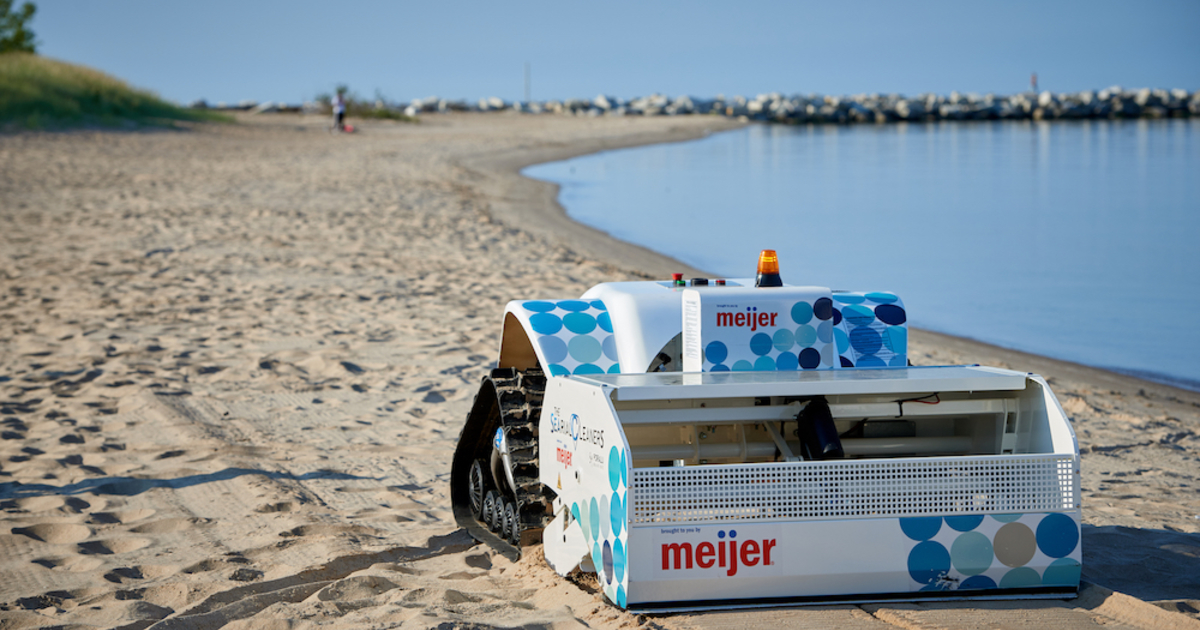 Erik Petrovskis, director of environmental compliance and sustainability at Meijer, said in the video that the grocery chain’s founder, Frederik Meijer, was committed to leaving the world a better place, and participating in this initiative honors that.

“Great Lakes stewardship is one of our four sustainability pillars at Meijer,” Petrovskis told Crain’s. “Our mission is to enrich lives and the communities that we serve, and the Great Lakes waterways are important to our communities, and they’re important to us as a business, as well. The Great Lakes are a source of economic vitality as well as opportunities for recreation and supporting biodiversity. So there are lots of reasons to support this initiative in the Great Lakes.”

Petrovskis said the drones and bots will allow for ongoing beach cleanup in the years to come — much faster and more thoroughly than at present.

“It’s a real challenge to get people out to the beaches and do cleanups at the frequency that’s needed, and it’s back-breaking work, so the robots and drones certainly will help facilitate that,” he said.

Fisher said he hopes the large-scale deployment of the drone and bot cleanup program will help start conversations with beachgoers, voters and cities about the problem of pollution, “to ensure that plastic never becomes waste in the first place in our communities and across the region.”

Petrovskis said that while these technologies are important, Meijer also needs to continue educating customers and suppliers about cutting off plastic waste at the source.

Meijer is working on several store-level projects that impact the Great Lakes, including one with the CGLR to install gutter bin stormwater filtration systems at nine Meijer supercenters in the Midwest. The gutter bins will capture and prevent trash, debris, microplastics and other harmful stormwater pollutants from flowing into nearby waterways. Each bin captures hundreds of pounds of pollution per year.

The retailer is also retrofitting the parking lots at its Traverse City and Benton Harbor supercenters with green stormwater infrastructure and continuing its partnership with the Alliance for the Great Lakes on a handful of other beach cleanup efforts.