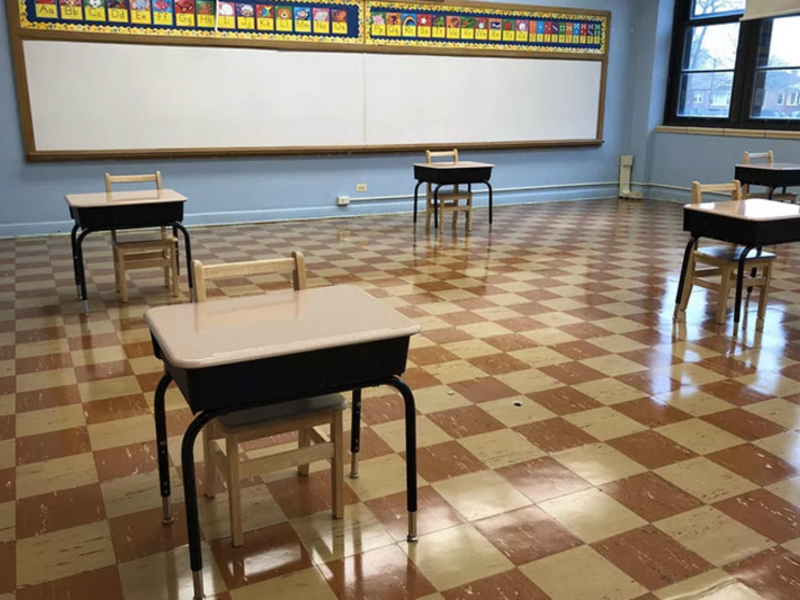 If you’re keeping score, that’s two major setbacks for Mayor Lori Lightfoot’s administration in one law. First was the fully elected board provision. And now the city must continue to operate nearly empty buildings. The hits just seem to keep on coming from Springfield, don’t they?

We certainly are not advocating for closing schools for the sake of closing schools. But faced with rapidly falling enrollment and the increasing number of empty schools, the cash-strapped Chicago Public Schools system now finds its hands tied.

As reporter A.D. Quig pointed out correctly in her recent story, this is yet another clear victory for the Chicago Teachers Union and activists who have pushed back on closing any schools, no matter how empty the hallways.

Already hundreds of city school buildings—many of them outdated with costly, inefficient designs and space—are underutilized. CPS enrollment has dropped more than 15 percent since 2010 and shows no sign of reversing, despite a small increase in the city’s population overall in the last decade. The mismatch in buildings versus enrollment is a price of doing business the old way—a blast from the past that the city can no longer afford.

Simply put, the provision will cost the school system millions of dollars to keep up empty or near-empty buildings—money that is sorely needed to hire more teachers and add resources so that real improvement in educating our city’s kids can scale at a faster clip.

According to data analyzed by Quig, CPS currently operates 638 schools. Of the roughly 500 non-charter and non-alternative schools the district assessed in 2021, 265, or 53 percent, are considered “underutilized’’ by the school district. The system’s capital footprint has been “so mismatched for so long that it’s an obvious expenditure control they could implement given their declining enrollment,’’ Blake Yocom, a director and lead analyst at credit rating agency Standard & Poor’s, told Crain’s.

Surely, we are cleareyed about the harm that drastic school closings can bring to a community, and we do not support massive closings like the one in 2013 under former Mayor Rahm Emanuel, which disproportionately affected neighborhoods that depended on those schools for essentials beyond reading and writing.

But a thoughtful process to combine some underutilized schools can drastically help the system by not only saving money but also putting students in better environments with their peers.

In addition, the moratorium seemed unnecessary, especially given that the Lightfoot administration hasn’t said it plans to undertake any large-scale consolidation within the system.

Even one of the sponsors of the bill, state Sen. Rob Martwick, D-Chicago, acknowledged this in the Crain’s story, saying “(City negotiators) said, ‘The mayor isn’t interested in closing a bunch of schools; why are you tying our hands?’ I said, ‘It’s not about you; I don’t know who the next mayor is going to be.’’’ That strikes us as a disingenuous at the very least.

Most problematic about the moratorium is that it unfairly hurts neighborhoods trying hard to solve their local school building concerns. As Quig noted, it’s unclear how the moratorium would affect an interesting consolidation proposal in North Lawndale put forth by community groups that would merge three low-enrollment schools into a new one focused on science, engineering, arts and math.

Not only is City Hall stymied by this provision, so are the parents who are looking for better solutions for their kids.

At the end of the day, the moratorium maneuver smells like an unnecessary gift to a teachers union that has already received a lot from Springfield.

It’s time for legislators and the CTU to start thinking about giving CPS a fighting chance.

A representative for Vistria declined to comment. Founded in 2013 and led by Marty Nesbitt and Kip Kirkpatrick, Vistria manages more than $8 billion in assets and invests across health care, education … END_OF_DOCUMENT_TOKEN_TO_BE_REPLACED