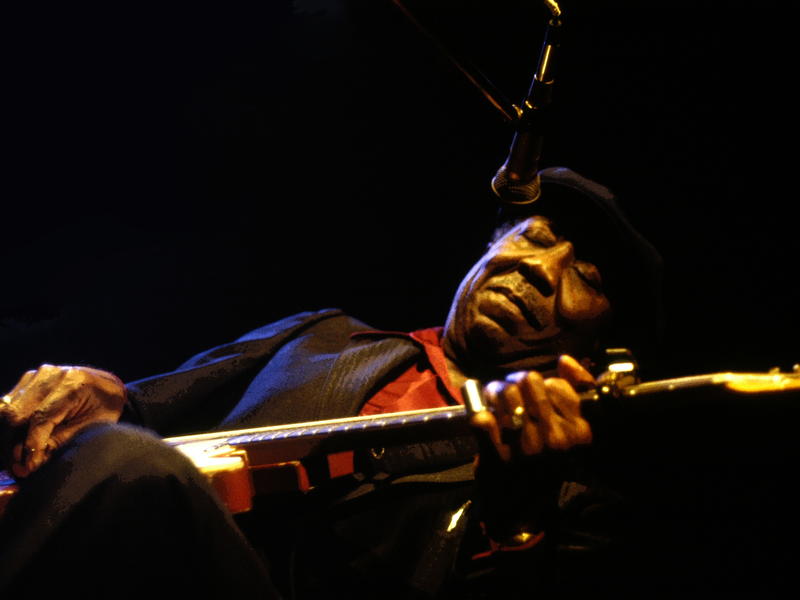 “I think the story of Muddy Waters is really wrapped up in that house,” said Maurice Cox, the city’s commissioner of planning and development and a member of the landmarks body. The “extraordinary” nature of what happened on the premises is an exemplary but familiar Black story, Cox said.

“So often the brilliance that African Americans have given to this country is wrapped up in the everyday and ordinary,” Cox said. “Most people wouldn’t know it if we didn’t preserve that everyday context that helped this man make this extraordinary music that really changed the world.”

Cox said that “it’s important to celebrate our culture wherever it lies.”

Like so many southern African Americans who came to Chicago during the Great Migration, McKinley Morganfield came in search of opportunity, said Ald. Sophia King, 4th, who is from the same part of Mississippi as he was and in whose ward the Muddy Waters home now stands. He came up from “one of the poorest counties in the world,” King said, and with “all the challenges he was faced with, to break down such barriers and do such significant things, it’s a no-brainer to me to elevate him.

King will host a virtual community meeting Monday, June 7 to gather input from her constituents on landmarking the building.

A landmark declaration often stipulates that all exterior details, whether original or rebuilt, look true to the structure’s original vintage. In this case, the period of historical significance is more than half a century after the two-flat was built. Thus the landmarks commission staff recommended that  landmarking include a request that items from Muddy Waters’s tenure in the home be replicated if possible. They include a pair of aluminum storm doors on the front of the house that were emblazoned with flamingoes, and a concrete front porch with metal railings and canopy that replaced the wood Victorian originals.

Toward that end, Edward Torrez, an architect whose Bauer Latoza Studio is working with Cooper on the rehab, issued a public call for photos of the building from the Muddy Waters era, to help direct the restoration.

The commission granted preliminary approval of landmarking the building today, and later this year will consider a final recommendation. If approved then, the proposal goes to the full City Council.

CHICAGO — The City Council on Monday delayed a vote on Mayor Lightfoot’s curfew change — but a group of young residents are urging members to vote no. The young adults are part of the racial … END_OF_DOCUMENT_TOKEN_TO_BE_REPLACED

The fire at the former Pheasant Run Resort, 4051 E. Main St., broke out Saturday afternoon, sending huge plumes of smoke into the sky surrounding the closed resort and drawing dozens of onlookers who … END_OF_DOCUMENT_TOKEN_TO_BE_REPLACED

As the 2022 political season gets into full swing, one of the most intriguing candidates for elected office is Herschel Walker. The star running back with the University of Georgia and Dallas Cowboys … END_OF_DOCUMENT_TOKEN_TO_BE_REPLACED