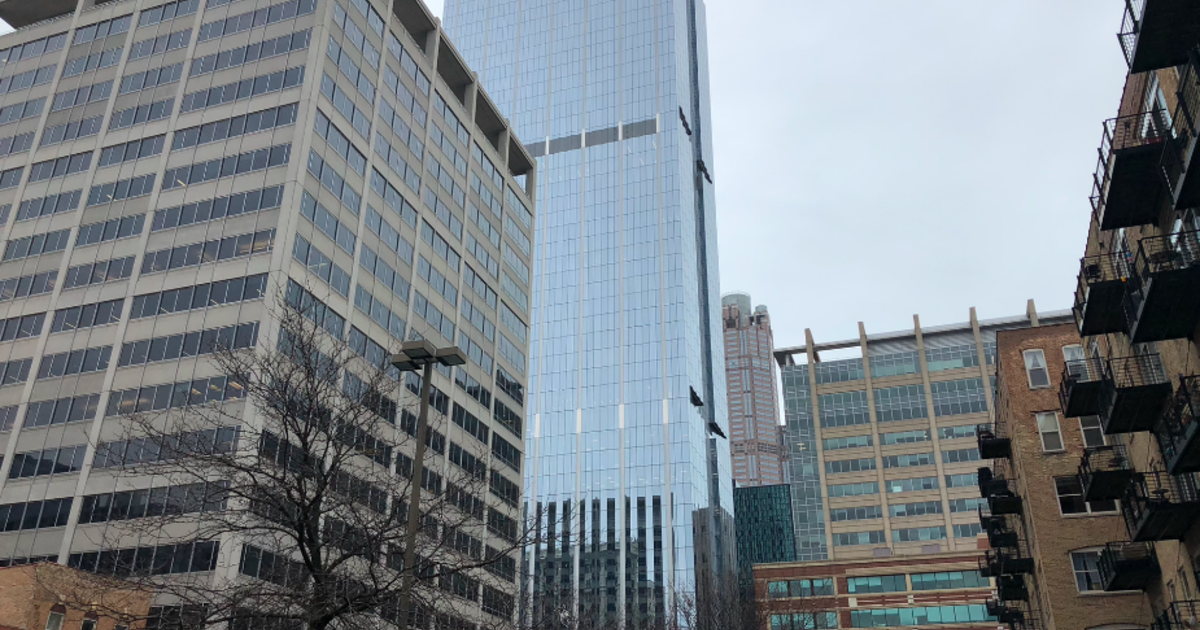 If the deal is completed, the NFA would move its headquarters to the 50-story building from 300 S. Riverside Plaza, where its lease for more than 70,000 square feet makes it one of the property’s largest tenants. The NFA’s current lease expires in August 2023, and the Riverside building’s owner is marketing its space as available to new users after that, according to real estate information company CoStar Group.

The tower was completed at the beginning of this year with just less than half of the office space leased, creating an urgent challenge for the developers to fill up the building. Now they are on the verge of taking a key step toward that goal with the NFA, which is set to occupy close to 60,000 square feet.

Spokesmen for the NFA and Riverside declined to comment.

The deal would also underscore the trend of newer and most recently updated buildings winning the bulk of leasing activity during the pandemic. Roughly 75% of the office relocations that occurred during the last nine months of 2021 were to a higher-quality building, according to data from brokerage CBRE.

Many companies have been gravitating toward such buildings as they seek to compel employees to work from the office rather than remotely. And high vacancy and soft demand have made it more affordable for tenants to consider relocating to newer, higher-quality space.

Yet the NFA is poised to leave behind a building that underwent a wide-ranging, $10 million renovation just a few years ago after JPMorgan Chase moved out and left about half of the property vacant. The upgrades helped Boca Raton, Fla.-based owner Third Millennium Group ink new leases with Peapod and Evolent Health, among others, bringing the building to 96% leased by late 2019.

Cars.com is the building’s largest tenant today, with a lease for almost 160,000 square feet that runs through June 2031, according to CoStar. A spokesman for Third Millennium Group couldn’t be reached.

The NFA is poised to stay in a southwest corner of the Loop that has been an office tenant magnet in recent years, spurred by the nearly $1 billion redevelopment of the dilapidated Old Post Office into a modern office building. That project—which is now almost fully leased—combined with a nearly $700 million renovation of Willis Tower and the development of BMO Tower next to Union Station is set to turn the once-sleepy pocket of the downtown office market into an emerging hotspot.

The NFA serves as a watchdog for brokers and trading firms in the derivatives market, helping police the sector on behalf of the Commodity Futures Trading Commission. The NFA grew dramatically after the Global Financial Crisis, when it began overseeing dealers and big stakeholders in the highly secretive swaps market.

Brokers Brad Serot and Mark Keebler in the Chicago office of CBRE are negotiating the lease on behalf of the NFA. Riverside’s Christy Domin and Drew Nieman oversee leasing at BMO Tower.

CHICAGO (CBS) -- Chicago Police are looking for a man who tried to kidnap a woman in the city's West Loop but was thwarted by some good Samaritans. This is at least the second time this has happened … END_OF_DOCUMENT_TOKEN_TO_BE_REPLACED

Illinois homes sold somewhat faster in August 2022 than in the year prior, even as median prices rose statewide, according to new data from Illinois REALTORS®. Though statewide home sales were down … END_OF_DOCUMENT_TOKEN_TO_BE_REPLACED

“I’m not one to really tell people what to do,” said Kennedy, 35, who lives in Milwaukee and works in software sales. But if a friend tried to order a delta-8 drink, “I would tell them, ‘Absolutely … END_OF_DOCUMENT_TOKEN_TO_BE_REPLACED