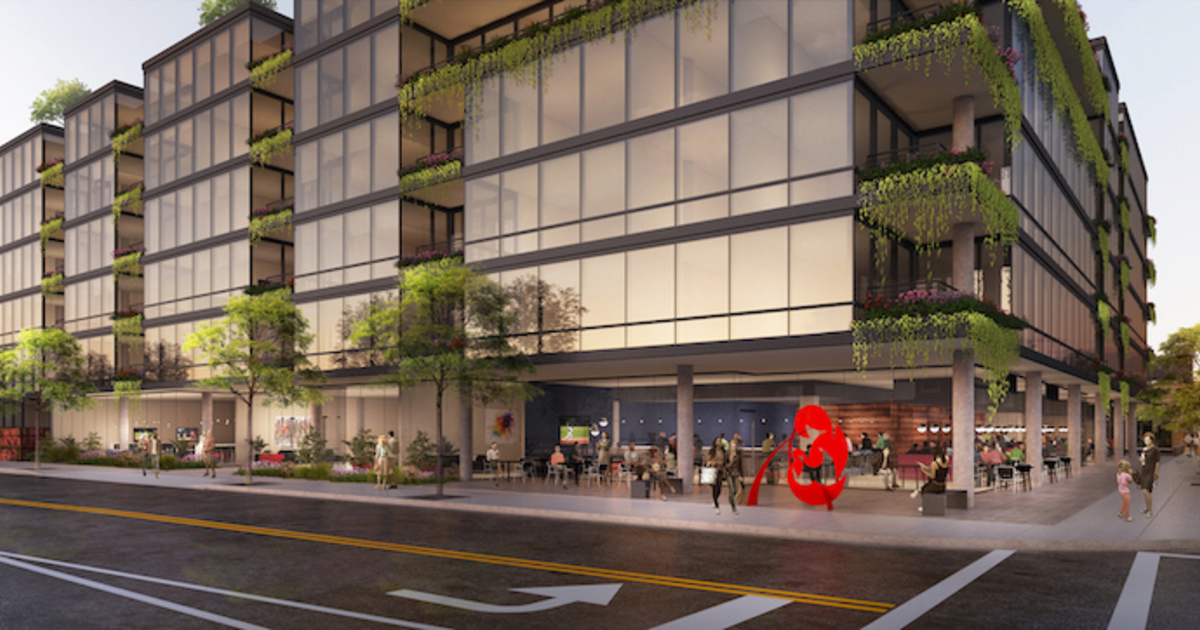 The indoor-outdoor amenities factor into the rents Optima Lakeview charges, Hovey said. Rents start at about $2,600 for a one-bedroom and go up to about $10,000 for a three-bedroom with a large terrace. About 30% of the 198 units are leased, an Optima marketing executive said.

In Wilmette, a six-story, 100-apartment building called Optima Verdana has been under construction on Central Avenue since December.

“Wilmette takes it one step further, with landscaping that will drape over the building,” Hovey said. The plants are not the same species used in Arizona; Optima has worked with a Chicago-area nursery to select varieties that can hack it in a Chicago winter.

Optima’s rendering of the building, seen at the top of this article, shows trees sprouting on the roof and vines descending the sides of Optima Verdana. The firm has often designed with green roofs, such as at its Skokie towers called Optima Old Orchard Woods. The difference with the Wilmette building, Hovey said, is “you won’t just be looking out at the plants: They’re integrated into your spaces.”

The building is scheduled to be completed in spring 2023.

CHICAGO — Former Ukrainian troops are visiting Chicago to pay tribute to their brothers-in-arms this Memorial Day Weekend. Ukrainian veterans who fought in places like the Donbas region and the … END_OF_DOCUMENT_TOKEN_TO_BE_REPLACED

Hart was promoted to president from general counsel in 2020, but the CARES Act compensation limits were based on 2019 pay. His total compensation last year was estimated at $3.5 million, mostly … END_OF_DOCUMENT_TOKEN_TO_BE_REPLACED

After an often-contentious floor debate, the Chicago City Council has passed a new weekend curfew for the city’s residents, moving it back from 11 p.m. to 10 p.m. on weekends. The new ordinance will … END_OF_DOCUMENT_TOKEN_TO_BE_REPLACED