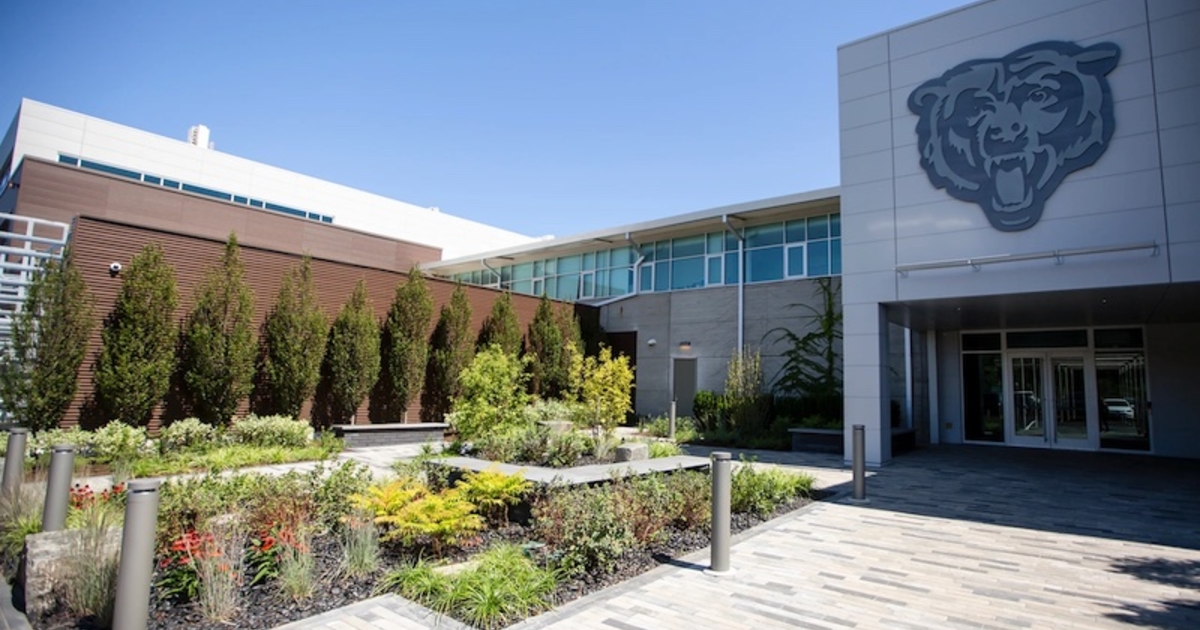 Phillips will best be remembered for pulling off the deal to renovate Soldier Field, a complicated dance involving government, civic and business partners who had not shown much interest in dancing previously. Hence endless delays, toothless threats and ridiculous proposals—remember the Gary Bears?

Phillips got it done where others had failed. And even though critics were teeing off before the construction cranes came down—too small, still inconvenient, too ugly—Ted’s voice would henceforth be heard within the McCaskey ruling class, sometimes to his detriment.

“A non-football guy making football decisions” was a near-constant complaint, as six coaches and four general managers came and went during a CEO tenure that produced five playoff appearances and a 139-156 record.

Phillips’ retirement, in tandem with the Bears’ near-certain departure for Arlington Heights, is another sign that the old ways are out at Halas Hall. Whether that translates to the field . . . .

A knowledgeable friend has the team stumbling in at 3-14 this season. I’m seeing 5-12, but that’s another story. Either way, it’s hard to tell amid the puffery that’s inevitable with so many reporters trying to fill so much space (and airtime) with so little real news.

Oh, there are storylines.

The 49ers have brought back Jimmy Garoppolo, after discarding the league’s heartthrob quarterback like a bag of dirty laundry.

And what were the Packers thinking letting most favored receiver Davante Adams walk after years of twisting themselves into pretzels trying to appease Aaron Rodgers?

Convincing proof that the NFL rules the sports world occurred several weeks earlier, via a headline that had Matt Eberflus, the Bears’ new coach, “reflecting” on his first session of OTAs.

For the uninitiated, OTAs are “organized team activities”—offseason workouts ostensibly designed to acquaint a coaching staff with new players while providing assurance that everyone is staying in shape and out of trouble.

Their true purpose is to keep the NFL’s media machine humming, at a time when some other sport—baseball, say, or the NBA playoffs—might try to encroach on the spotlight. That OTAs are covered, here, there and everywhere, with the breathless hype of the Academy Awards is perhaps the clearest manifestation of our nation’s NFL obsession.

“Reflects” is such a soothing, tranquil verb. Poets reflect on the beauty of a bucolic setting. Historians reflect on the figures and events and meaning of an era. Country songwriters reflect on cars and bars and the anguish of misdirected affection.

A first-year football coach, more typically given to more jarring verbs like “blitz” and “crunch” or “pound” and “smash,” might well reflect on his first game, or first win, or first season, or first playoff run. But his first OTAs? It’s the world we live in.

The point is, the hype is largely unnecessary. Pro football has never, ever been more popular.

A lot of it is gambling: Football has been the bettors’ favorite outlet since the advent of the point spread. And now, with prop bets, parlays and survivor pools available to anyone anywhere, it’s likely your Aunt Florence has some action going on a typical weekend.

Another lot of it is fantasy football, by which you can indulge your inner coach or GM. I don’t partake—adamantly—and every time I hear, “I’ve got him on my fantasy team,” I long for spring and the frothy banter that NCAA tournament brackets always inspire.

Is it me, or is the NFL impervious to bad news? Remember the bold, scary headlines citing chronic traumatic encephalopathy as a grim threat to football’s future? When was the last time you read a concussion story?

Do we care about Brian Flores’ lawsuit alleging racial discrimination in the NFL’s hiring of coaches? When more than 70% of the league’s players are Black and fewer than 10% of its coaches are, shouldn’t we?

Oh well. They’ll kick it off for real in about a week. Some of us will head for the stadium, no matter the price of a ticket, a beer and parking. But most will slide into our lounge chair or the neighborhood sports pub to watch, captivated. We can’t help it, and the NFL knows it.

CHICAGO (CBS) -- Chicago Police are looking for a man who tried to kidnap a woman in the city's West Loop but was thwarted by some good Samaritans. This is at least the second time this has happened … END_OF_DOCUMENT_TOKEN_TO_BE_REPLACED

Illinois homes sold somewhat faster in August 2022 than in the year prior, even as median prices rose statewide, according to new data from Illinois REALTORS®. Though statewide home sales were down … END_OF_DOCUMENT_TOKEN_TO_BE_REPLACED

“I’m not one to really tell people what to do,” said Kennedy, 35, who lives in Milwaukee and works in software sales. But if a friend tried to order a delta-8 drink, “I would tell them, ‘Absolutely … END_OF_DOCUMENT_TOKEN_TO_BE_REPLACED