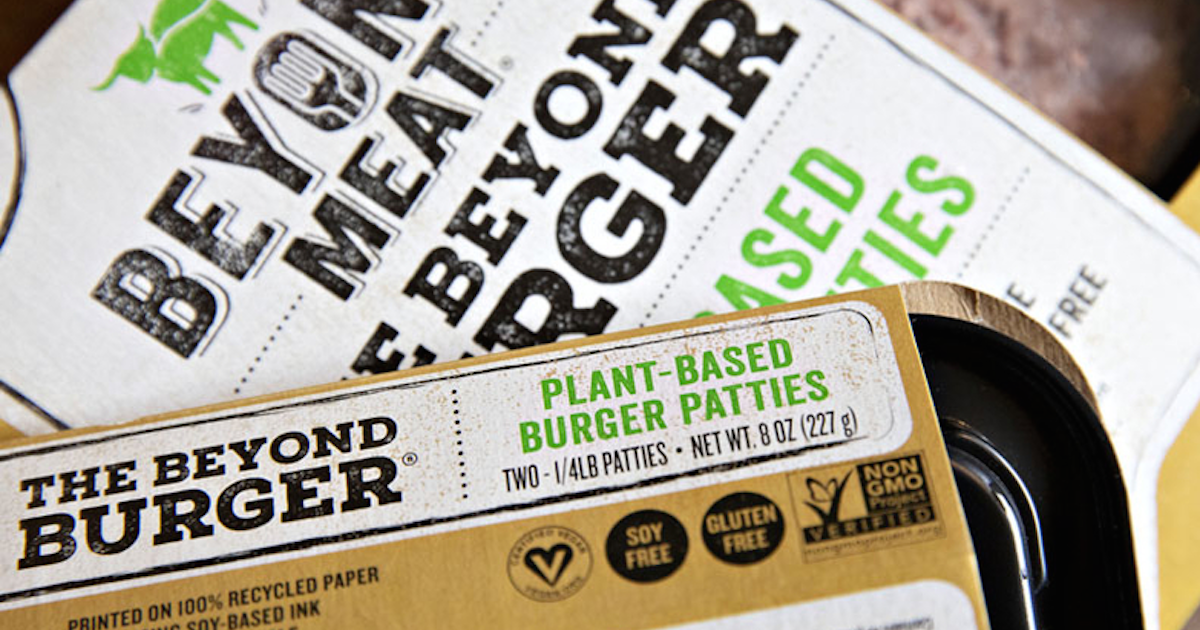 “It had to taste as close to chicken as possible for us; that was a really big driver of the decision,” Pool said in an interview. Nutritional value was the second determining factor, she said. The product has 13 grams of protein and 2 grams of saturated fat per serving.

Beyond and Impossible have emerged as the two most visible competitors in the plant-based meat category. Beyond Meat’s backers have included such prominent Chicago investors as ex-McDonald’s CEO Don Thompson and members of the Pritzker family.

Big packaged-food makers such as Conagra Brands Inc. and Kellogg Co. are also building up their own brands of meat-alternative products. The companies are vying for restaurant partnerships, especially with chains, to expand their sales. Restaurant operators, meanwhile, want to attract the growing number of diners who are looking to cut back on meat consumption.

The pasta-focused Noodles chain in March began testing Impossible’s chicken nuggets at locations in Washington, Colorado and Oregon, touting an Impossible Orange Chicken Lo Mein dish. Diners can also add the protein to any other dish. Noodles is expanding the test to Ohio and Illinois restaurants in early May, with nationwide availability following.

Late last summer, Noodles was looking at different plant-based foods for its menu, including products sold by Beyond Meat. At the time, Chief Executive Officer Dave Boennighausen said the company was still trying to narrow down its options to the right product. Noodles said it evaluated each of the major players in plant-based meats, but it declined to name any of the others.

Plant-based menu items have rapidly spread across restaurant menus in recent years. Reaction has been mixed. While many executives say plant-based meats bring in new customers, sales have disappointed in some cases. Dunkin’, owned by Inspire Brands Inc., pulled Beyond Meat’s breakfast sausage sandwiches from thousands of locations last year.

Beyond Meat has more than 66,000 points of distribution in foodservice globally, a Beyond Meat spokesperson said. “We are proud of our partnerships, which include some of the largest restaurant chains in the world,” she said.

McDonald’s Corp. and Yum! Brands Inc.’s KFC, both of which are working with Beyond Meat, are among the big chains still testing the waters with burger and chicken-nugget alternatives. Restaurant Brands International Inc.’s Burger King has offered an Impossible Whopper since 2019.

“With all of the feedback we’re getting so far in our test markets, it’s been widely acknowledged that it does taste very close to chicken,” Pool said. “Most of the guests that have tried it have said they’d come back and repurchase it.”

Gov. J.B. Pritzker on Wednesday signed into law legislation that bans so-called "ghost guns" across Illinois, making it the first Midwest state to do so. House Bill 4383 aims to crack down on "ghost … END_OF_DOCUMENT_TOKEN_TO_BE_REPLACED