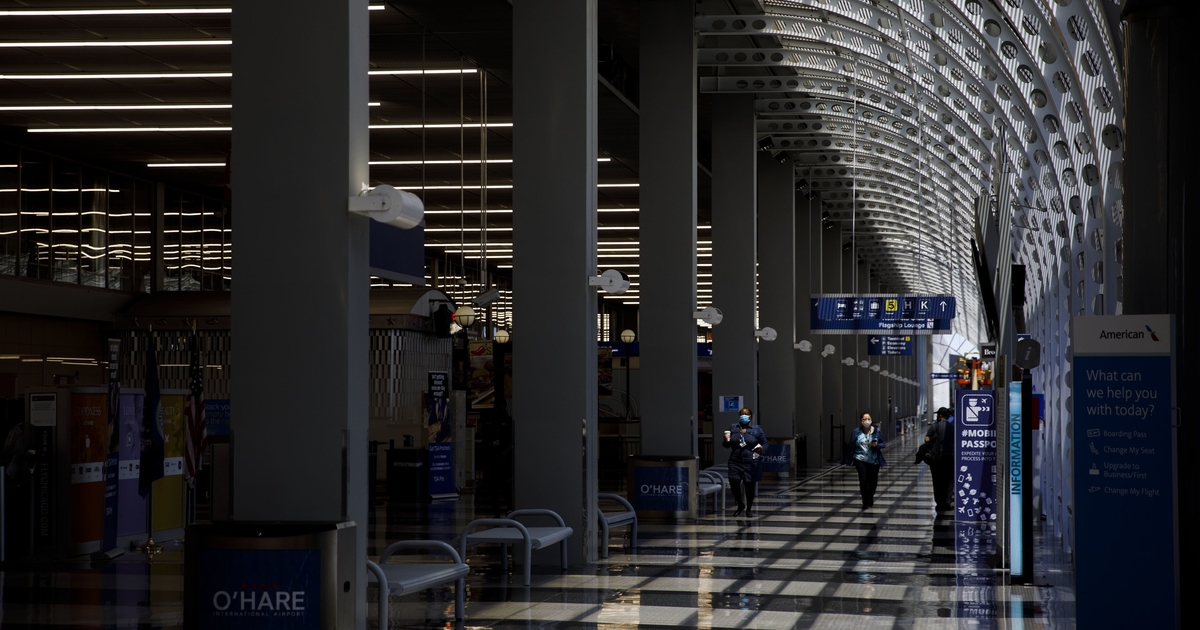 The new estimates were disclosed as the city prepares to issue $2 billion in new bonds, the first airport-related debt issued since 2019.

The rising costs, while eye-popping, were contemplated in the lease agreement between the city and the airlines that use O’Hare, including its largest carriers, United Airlines and American Airlines, that was signed four years ago.

O’Hare’s bond rating was raised by Fitch and S&P from A to A+. They’re the first upgrades for the airport since 2016. Ratings agencies pointed to a steady recovery in traffic at O’Hare, the nation’s second-busiest airport, which now is at about 80% of pre-pandemic levels. It’s expected to fully recover by 2025.

The airport plans to issue $2 billion in bonds, including $700 million that will be used to refinance previously issued bonds that carry higher interest rates. The rest of the money will be split between repaying the airport for previously incurred costs and expenses related to preliminary work on the terminal expansion project.

Ultimately the O’Hare overhaul will increase the gate space for incoming and departing aircraft at O’Hare by 25%. The project involves the demolition and rebuild of Terminal 2 to handle incoming international passengers for United, American and their partner airlines rather than shuttling them to Terminal 5. It also will add two new satellite terminals.

The city says it hopes to complete the terminal project in phases, with the new global terminal that replaces Terminal 2 coming online in 2030 and the other parts wrapping up in 2032. The project’s completion date has been gradually pushed back from the original target of 2026.

The first step is to expand Terminal 5 to accommodate more domestic carriers, such as Delta and Southwest. That project was underway during the COVID slowdown and proceeded faster than expected, city officials say. But the heavy lifting on the global terminal, announced in 2018, has yet to begin. The city is still awaiting a final environmental assessment by the FAA, which is expected to come later this year.

The terminal rebuild complements the recently completed runway expansion project that began in 2005.