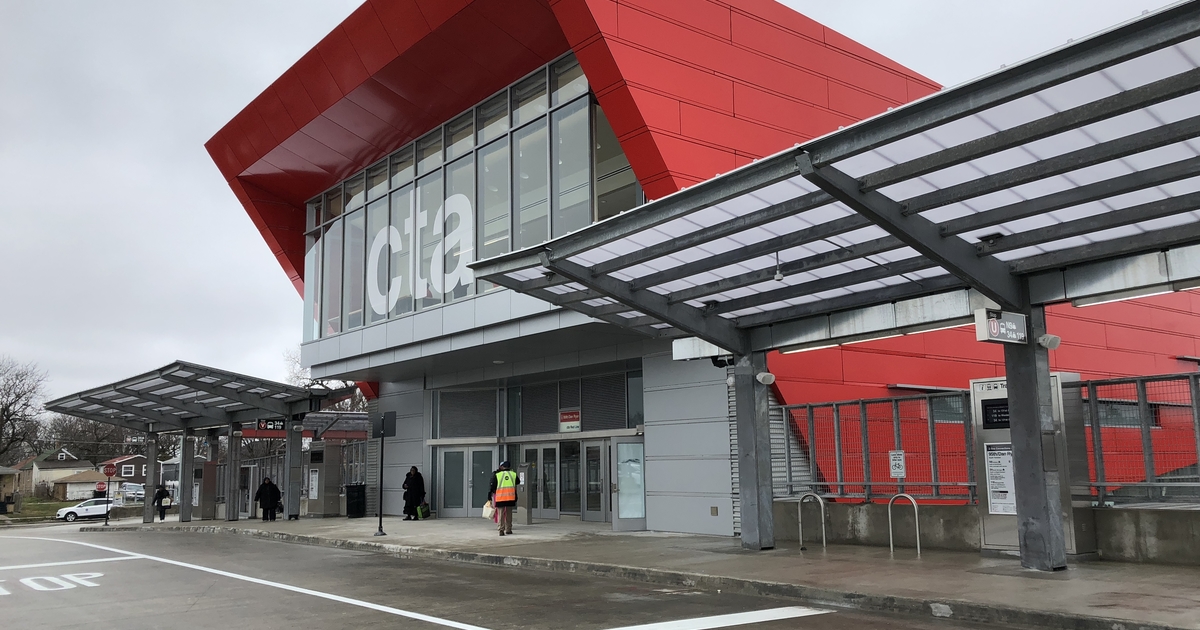 Years ago, the Metra Electric’s predecessor, the Illinois Central suburban service, operated what amounted to an independent rapid transit system south of 63rd Street. In a rational world, the Metra Electric city service would have been integrated with the el following public takeover, rendering the Red Line extension unnecessary.

It didn’t happen. City authorities never made any serious effort to use the Metra Electric to improve transit south of 95th or anywhere else. Instead, they’re about to spend an enormous sum building a duplicate line.

In the meantime, due to the lack of a low-cost transfer with the CTA and higher fares, Metra Electric city service withered. Today, except in Hyde Park and a couple of other places, few ride it. But the trains still run every day.

It’s not that no one noticed the Metra Electric was there. When Red Line extension planning began, the CTA considered using the Metra Electric right of way and Metra-type trains. But the idea was to run service into 95th Street. Integrating Metra Electric city service with the CTA was never on the table.

There were reasons. Relations between the two agencies were hostile. The CTA was controlled by Chicago’s mayor, Metra by the suburbs. With the South Side in decline, no one saw any future in Metra Electric city service.

But come on. The oft-stated goal of the Red Line extension is to do right by the underserved residents of the Far South Side. At some point the realization ought to have dawned: There’s already a railroad down here! We don’t have to build another one! We could massively improve service without waiting 20 years!

Finally, someone woke up. The Cook County Board under President Toni Preckwinkle decided to pursue a three-year Fair Transit South Cook pilot program to (a) reduce city fares on the Metra Electric and Rock Island lines to parity with the CTA, and (b) enable low-cost transfer with the CTA. From the rider’s standpoint, CTA and Metra lines would be integrated.

Reduced fares happened. Transfers—key to making it all work—didn’t. (Among other things, the CTA worried about the long-term financial burden.) Worse, the pilot launched during the pandemic, making it impossible to gauge the impact.

There’s been progress. Randy Blankenhorn, who as a county consultant helped work out the pilot’s details, says Metra, the CTA and Pace are working on a common fare platform. “The goal is to use Ventra,” he said. “I thought it would be easier than it is.”

Everyone I consulted agrees a common Ventra platform would be great. One hopes it leads to low-cost transfers. That might have saved us $3.6 billion.

Visiting the Far South Side

I toured the Red Line extension route using public transportation. Someday people will say: All that money and this is what we got?

Taking the el downtown, I reached Millennium Station via the pedway. My train left on time. Nothing against the CTA, but the Metra Electric is faster, smoother and quieter.

Upon arrival at Kensington-115th Street, a 10-minute walk took me to the nearest Red Line extension station site at Michigan Avenue and 116th Street. Other than being absurdly close to an existing Metra Electric station, the location was unobjectionable. Red Line extension tracks for much of their length will run on an elevated structure parallel to a busy Union Pacific rail line—no big deal here because the UP tracks are elevated, too. Elsewhere, that’s not the case.

I rode a Divvy bike to the Red Line extension station site at 111th. Here the UP tracks are at street level. As I approached the grade crossing, a train horn sounded, warning lights flashed and the gates came down. A man heading my way on a bike dodged around the gates. Seconds later, a northbound Amtrak train rumbled past.

The station at 111thwill be elevated, but the entrance will be at street level. The CTA expects 4,800 people to board here daily. Due to a curve in the tracks, northbound trains aren’t visible until they’re close.

You can see where that might be a problem. CTA documents say “mitigation measures, including pedestrian bridges, will be analyzed during preliminary engineering.” How many people will dodge around the gates is unknown. Guess we’ll find out.

After inspecting a similar site at 103rd, where at least the UP tracks don’t curve, I headed south. Zigzagging through a desolate industrial area, I reached 130th Street, where the Red Line extension will terminate.

The area is so isolated it’s creepy. There’s a residential pocket south of 130th, much of which consists of Altgeld Gardens. To the west and south, the neighborhood backs up on the Little Calumet River, which has few bridges. To the east is the Bishop Ford, with the Lake Calumet industrial area beyond. Stretching north from 130th to 115th is more uninhabited industrial land.

I rode to the Red Line extension terminal site. It’s in a narrow strip occupied by the South Shore commuter tracks, a freight rail line and a road used by trucks headed to and from a scrap yard. It was one of the least promising places for a passenger rail terminal I’ve ever seen.

Checking census data later, I found 1,127 workers live near the 130thStreet terminal, of whom 419 use transit. The rest mainly drive.

Despite this, the CTA predicts 4,400 riders will board here daily. Plans call for 2,300 parking spaces. The thinking is, people will drive from the suburbs and northwest Indiana to take the Red Line.

Transit experts scoffed at the idea suburbanites would park their cars in an isolated location to take an el line considered dangerous, notwithstanding cheaper and more frequent service. They thought it more likely commuters would stick with safer—and expanding—suburban rail options. Indiana is spending $1.6 billion to upgrade and extend the South Shore, which has multiple stops in northwest Indiana. Those seem a better bet to draw Hoosier riders.

The transit experts I spoke with feared for the CTA’s credibility if the Red Line extension generates little ridership, but tossing it out and starting over seems out of the question. There isn’t time: Years would be needed to develop an alternative approach, and the extra funds appropriated by the infrastructure law expire in 2026.

“In Chicago, project after project gets discussed for years and then canceled. If I were to come up with the best investment for Chicago, it wouldn’t necessarily be the Red Line extension. But if the city doesn’t get moving on that project, it will likely lose out on another decade of federal funding for major new transit projects.”

Fine. But let’s get a few things straight:

• The Red Line extension funding plan must be revisited. If that means more money from downtown and less from Bronzeville, so be it.

• We should never do this again. If a transit expansion project won’t generate enough revenue to cover local costs, we shouldn’t do it.

• We need a rational transit investment plan. No more impractical schemes for extensions to thinly populated outlying areas. Expanded rail service needs to go where the people are, or will be. Best bets: Chicago’s waterfronts, including the river and lake.

• Another planning goal: knitting together the isolated transit projects proposed of late, some more sensible than others. Freemark recommended making better use of existing transit infrastructure, citing development opportunities along, yes, the south lakefront.

“Chicago has a great opportunity,” he said. “It needs to figure something out.” One can only hope.

Ed Zotti is a journalist, author and transit consultant.

CHICAGO — A Chicago man faces criminal charges in the riot at the US Capitol nearly two years ago.  Federal authorities say James McNamara was identified as the suspect seen repeatedly ramming the … END_OF_DOCUMENT_TOKEN_TO_BE_REPLACED

Other provisions would loosen the definition of an EV worker and appear to be aimed at existing automakers in Illinois, especially Stellantis and Ford. They have huge conventional auto assembly plants … END_OF_DOCUMENT_TOKEN_TO_BE_REPLACED