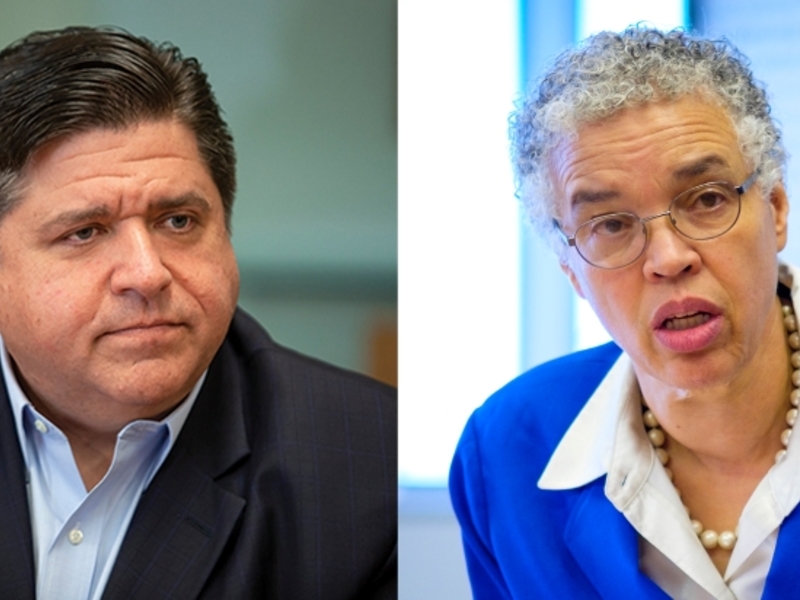 In a press conference at which she was joined by several suburban mayors, Preckwinkle said the so-called Local Government Distributive Fund should be returned to its original 10 percent of receipts on income taxes collected from residents of a particular municipality. Pritkzer wants to cut it another 10 percent, or $152 million, as part of his fiscal 2022 budget, slashing the municipalities’ share to 6.06 percent.

The LGDF “is not discretionary money” but is relied on by communities to pay police and firefighters, cover worker pensions and spur economic development, Preckwinkle said. And it keeps pressure off local property taxes, she said.

“After such a difficult (COVID-affected) year, our local villages and towns need every penny they can get.”

Mayors from Genoa, Hazel Crest, Highland Park and other communities echoed that, with Highland Park Mayor Nancy Rotering, for instance, saying the village already has lost $2 million a year from the fund and stands to lose another $300,000 or so.

Pritzker and aides have said the cash-strapped state needs the money for other purposes and urged mayors to get behind his plan to close more than $900 million in “corporate tax loopholes.”  Doing so would more than make up for the 10 percent cut, they say.

Preckwinkle wouldn’t bite. “I support closing corporate loopholes,” she said. “(But) I’m here to talk about other issues,” namely restoring the full LGDF. She said she has not spoken to Pritzker or legislative leaders about the matter.

Springfield insiders say there’s a chance that Pritzker’s proposed cuts will go away in the final budget, but that restoring municipalities’ share to the full original 10 percent will be a tough haul. The share local governments get has been gradually reduced over the past decade or so as the state has gone through a series of budget crises.

Cook County this week has 51 cases per 100,000 people, up 78 percent from the prior 7-day period, CDC data shows. Under the federal agency’s recommendation, areas of substantial transmission are those … END_OF_DOCUMENT_TOKEN_TO_BE_REPLACED

Origin launched its first QOZ fund in 2018 and has committed $100 million of the $265 million it raised to five apartment projects, including one recently completed in Pilsen. Origin plans to use the … END_OF_DOCUMENT_TOKEN_TO_BE_REPLACED