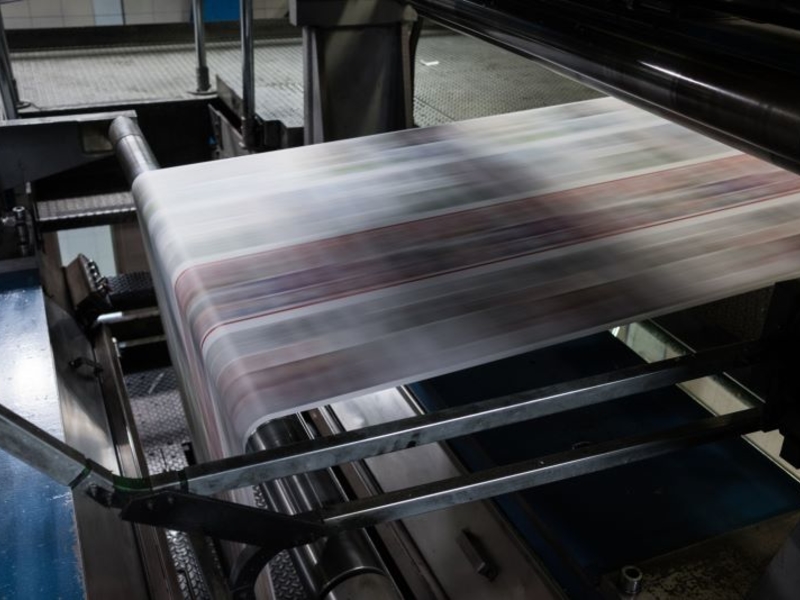 R.R. Donnelley’s shares rose more than 40% in pre-market trading in New York. They had closed Monday at $4.93.

Anthony Melchiorre, managing member of Chatham, said his firm has tried to engage with the company both publicly and privately since February 2020 on ways to improve shareholder value, including repeatedly calling for a strategic review and other operational and governance improvements.

“Despite our efforts, RRD does not appear capable of achieving full and fair value as a public company under the current board and management,” Melchiorre said in the letter, which was reviewed by Bloomberg. “Therefore, after significant consideration, we believe the company should be sold in order to maximize stockholder value.”

A representative for R.R. Donnelley wasn’t immediately available for comment.

Under the terms of the proposal, Chatham would equitize or subordinate $575 million in debt that it owns and provide up to $250 million in new equity or subordinated capital to a new holding company. The deal would be subject due diligence and board and regulatory approval, as well as other conditions, Melchiorre said.

Chatham is prepared to complete the due diligence within 60 days, and has obtained a “highly confident letter” from its financial adviser, Jefferies Financial Group Inc., to finance the deal, he said.

“We stand ready to engage meaningfully and constructively with the board and any special committee formed to evaluate our proposal to achieve a successful transaction in a quick and efficient manner,” Melchiorre said.

Chatham has pushed for several changes at the company, including for it to buy back shares and not implement or renew a so-called poison pill provision to discourage a takeover. In September, it said in another letter that it had proposed two new directors to the company’s board, and called for a new chairman to be appointed.

It also said it believed the company could be worth more than $13 a share if it were to sell non-core assets and implement other operational and governance changes.

Chicago-based R.R. Donnelley, which was founded in 1864, is a global provider of multichannel business communications services and marketing solutions, according to its website. It has roughly 30,000 clients and 33,000 employees across 28 countries, it said.

CHICAGO — The City Council on Monday delayed a vote on Mayor Lightfoot’s curfew change — but a group of young residents are urging members to vote no. The young adults are part of the racial … END_OF_DOCUMENT_TOKEN_TO_BE_REPLACED

The fire at the former Pheasant Run Resort, 4051 E. Main St., broke out Saturday afternoon, sending huge plumes of smoke into the sky surrounding the closed resort and drawing dozens of onlookers who … END_OF_DOCUMENT_TOKEN_TO_BE_REPLACED

As the 2022 political season gets into full swing, one of the most intriguing candidates for elected office is Herschel Walker. The star running back with the University of Georgia and Dallas Cowboys … END_OF_DOCUMENT_TOKEN_TO_BE_REPLACED