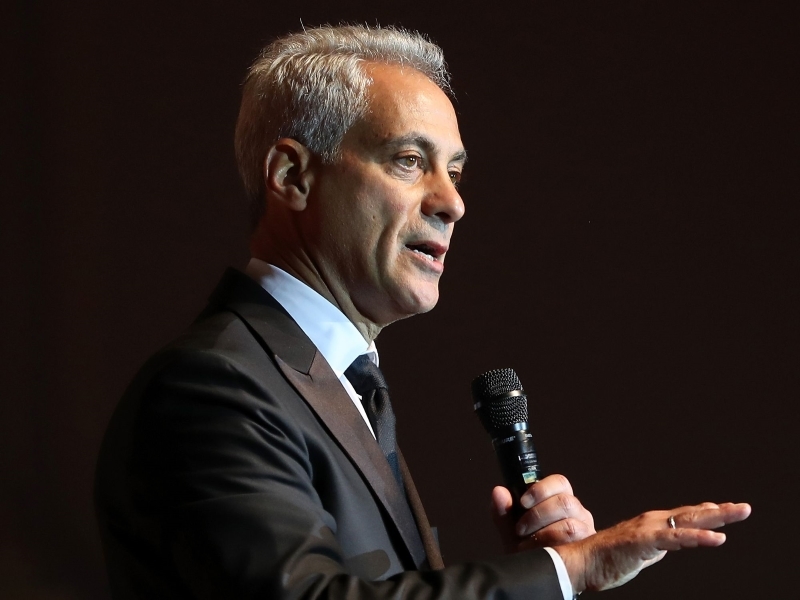 “Selecting Emanuel for this important role as part of the Biden administration will heighten Chicago’s global profile and enhance business relationships with Japan and around the world, ultimately strengthening the local economy, the United States, and Japan,” the Chicagoland Chamber of Commerce said in a statement.

The politically savvy and combative Emanuel, who was White House chief of staff to President Barack Obama, has been considered for various administration roles since Biden’s November election victory.

Progressives have raised concerns about his record in the Obama administration, particularly his opposition to a larger stimulus bill in 2009 and what they see as an unwillingness to work with the left. Some groups, including the NAACP, have said that his handling of the police killing of 17-year-old Laquan McDonald in Chicago should disqualify him from the Biden administration.

Emanuel earlier had pushed for appointment as secretary of transportation, a post that ended up going to former South Bend Mayor Pete Buttigieg after congressional progressives objected to naming him to the Cabinet. But the appointment as ambassador to one of the U.S. closest allies is considered a significant honor.

Since leaving office, Emanuel has a been working in the financial industry and as a commentator the ABC TV network. Though his hard-charging demeanor can be off-putting, Emanuel is expected to breeze through Senate confirmation.

“Rahm Emanuel has a lifetime of public service preparing him to speak for America,” Durbin said in his statement. “Japan is an important strategic partner in Asia, particularly in light of our continued challenges from China. I will do all I can to help Rahm become America’s voice in Japan.”

Said Duckworth, ‘His years of experience make him well suited to represent the United States of America in this important role. I look forward to his confirmation and his efforts to continue strengthening our longstanding relationship with the Japanese people.”

CHICAGO (CBS)– A semi truck caught fire Tuesday morning on I-90 near the Barrington exit.According to Illinois State Police, the truck fire was put out in the westbound lanes.READ MORE: Jovan … END_OF_DOCUMENT_TOKEN_TO_BE_REPLACED

It’s really an honor to congratulate Ava, Susan and Juliet on a job well-done. In each record-breaking instance, these award-winning agents shared their considerable knowledge of the neighborhoods and … END_OF_DOCUMENT_TOKEN_TO_BE_REPLACED

Chicago is adding to its deficit even as it receives a federal bailout. NRPLUS MEMBER ARTICLE F inances are so shaky in Chicago that, even with an infusion of $3.5 … END_OF_DOCUMENT_TOKEN_TO_BE_REPLACED