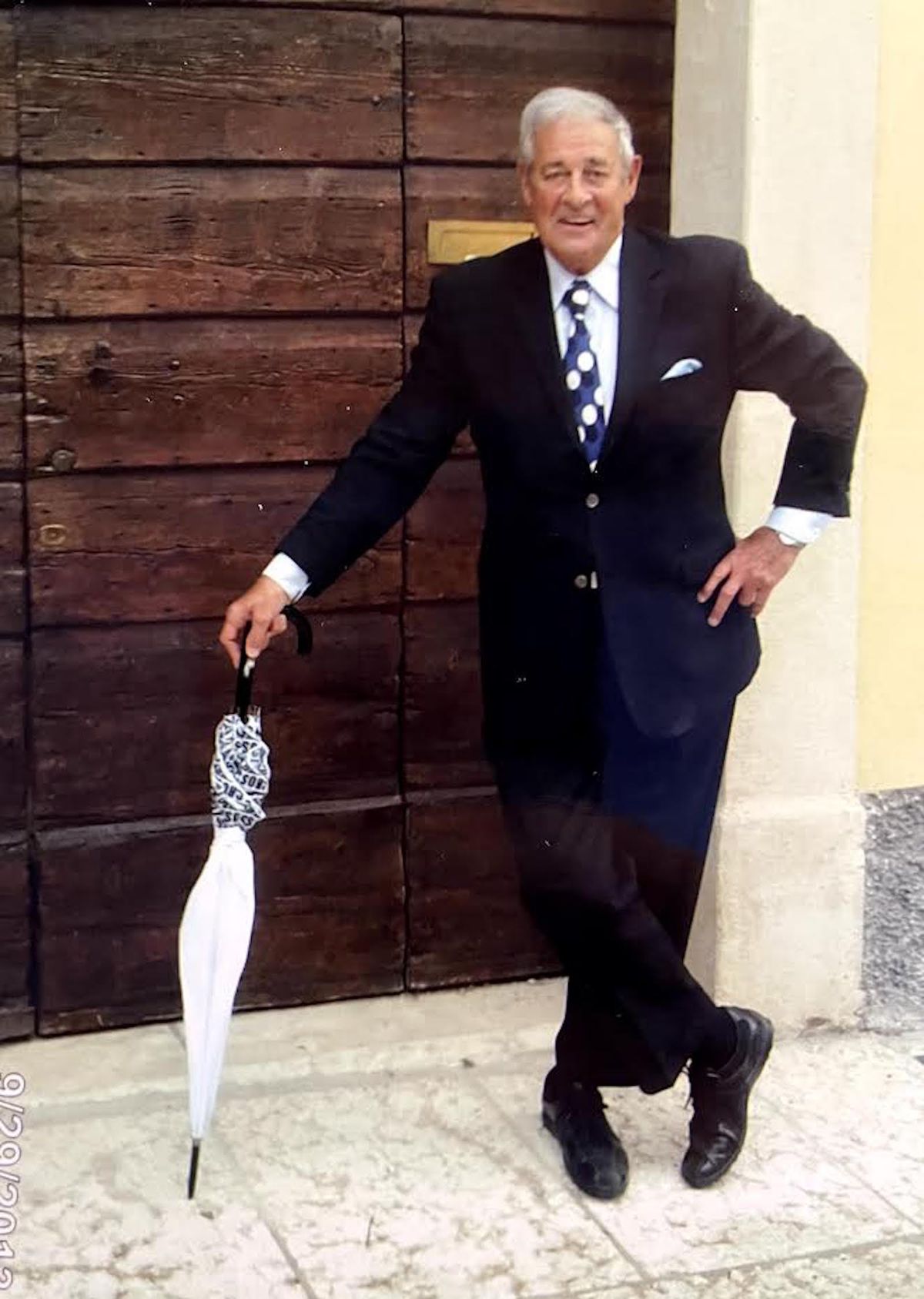 When Jerry Ranalli set up outdoor tables at his restaurant in Lincoln Park back in the 1970s, people warned him alfresco dining was a bad idea.

“His friends in the restaurant business said people would never pay the bill, they’d run off,” his daughter Suzy Evans said. “That didn’t turn out to be the case. Only two people skipped out on the bill in all of that time.”

More than four decades later, the original Ranalli’s and its outdoor patio are still operating at 1925 N. Lincoln Ave.

He was a familiar face at many dining and drinking spots around town, having co-founded or worked at more than 30 of them.

At one point, he simultaneously operated three Lincoln Park establishments: the original Ranalli’s, Cafe Hamburg and the Ultimate Sports Bar & Grill, which had its own boxing ring.

The Ranalli’s restaurants — that brand grew to four — were known from the start for their pizza, strong drinks, 135 kinds of imported beer and Mr. Ranalli’s gregarious front-of-the-house presence.

Jerry Ranalli was the gregarious front-of-the-house presence at his establishments.Provided

They also offered specialties that became favorites of carb-cravers: double-decker pizzas and the deep-fried calzone-type creation known as a panzerotti.

“It’s an inside-out pizza in which your favorite ingredients are wrapped inside a shell of pizza dough and then deep-fried. Really good,” Ebert wrote in 1979.

Mr. Ranalli’s establishments also were known for carefully curated jukeboxes. At the Pall Mall, a downtown spot that was one of his first, the jukebox featured a 45 that came in handy during the woozy era of the three-martini lunch.

“There was a recording of airport sounds,” his daughter said, “so you could call in and say, ‘Oh, I can’t make it to work today. I’m grounded at the airport.’ ”

To patrons, Mr. Ranalli was a party of one. He could quote Shakespeare or perform party tricks, like when he’d hoist a drink aloft and, with a flourish, move it in a big circle so quickly that centrifugal force kept every drop inside the glass.

He and his establishments attracted their share of celebrities passing through Chicago.

“I remember [Los Angeles Dodgers manager] Tommy Lasorda calling up our house when I was in early high school,” his daughter said. She thought it was a prank. “I hung up.”

When she told her father, he said, “Oh, my gosh, the Dodgers are in town — it’s probably him.”

In his later years, he no longer owned the Ranalli’s restaurants, which continue to operate on Lincoln and in Andersonville. But Mr. Ranalli still took pride in the many patrons who credited his original outdoor patio as the place they met their future spouses.

A big fan of opera, Mr. Ranalli arranged deliveries of 75 pizzas at a time to the Lyric Opera of Chicago, feeding everyone from stars to stagehands at his own expense.

That owed to his friendship with tenor David Cangelosi, who wandered into Ranalli’s on Lincoln when he was new to Chicago and didn’t know anyone. When Mr. Ranalli found out he was an opera singer, “We became instant friends,” Cangelosi said.

Mr. Ranalli sent pizzas to the Lyrics whenever Cangelosi was in a production, starting with a 1996 staging of “Salome” starring soprano Catherine Malfitano that left him profoundly moved.

“He loved the glamour of it all, the swirl of it all,” Cangelosi said. “He was just a wonderfully generous man who enjoyed knowing that everyone was having a good time.”

Even as a kid growing up on the West Side, Mr. Ranalli dressed elegantly. His friends nicknamed him “Rags,” which inspired the name of one his first establishments: Chez Rags.

His father operated the barbershop at what’s now the Hilton Chicago on South Michigan Avenue. Young Jerry spent a year at Marshall High School before starting barber school, but he preferred bartending and eventually owning restaurants and bars.

He loved watching movies with his son Jerry Ranalli Jr. They’d head to the Music Box Theatre or settle down at home to watch classics like “The Maltese Falcon,” “The Treasure of the Sierra Madre” and “The Third Man.” His son said he’ll treasure the memory of their conversations about which Humphrey Bogart or John Huston films were best.

He always loved a big party, his children said. So they’re planning one to celebrate his life.

The high profile corner of Seven Points shopping center at Lake and Hennepin in Minneapolis will be transformed into Arts & Rec, an experiential mini-golf, arts, and restaurant concept being developed … END_OF_DOCUMENT_TOKEN_TO_BE_REPLACED

The lawsuit “fails to allege sufficient facts ‘that would support an inference that defendants intentionally and purposefully discriminated against them,’” U.S. District Judge Fernando M. Olguin wrote … END_OF_DOCUMENT_TOKEN_TO_BE_REPLACED