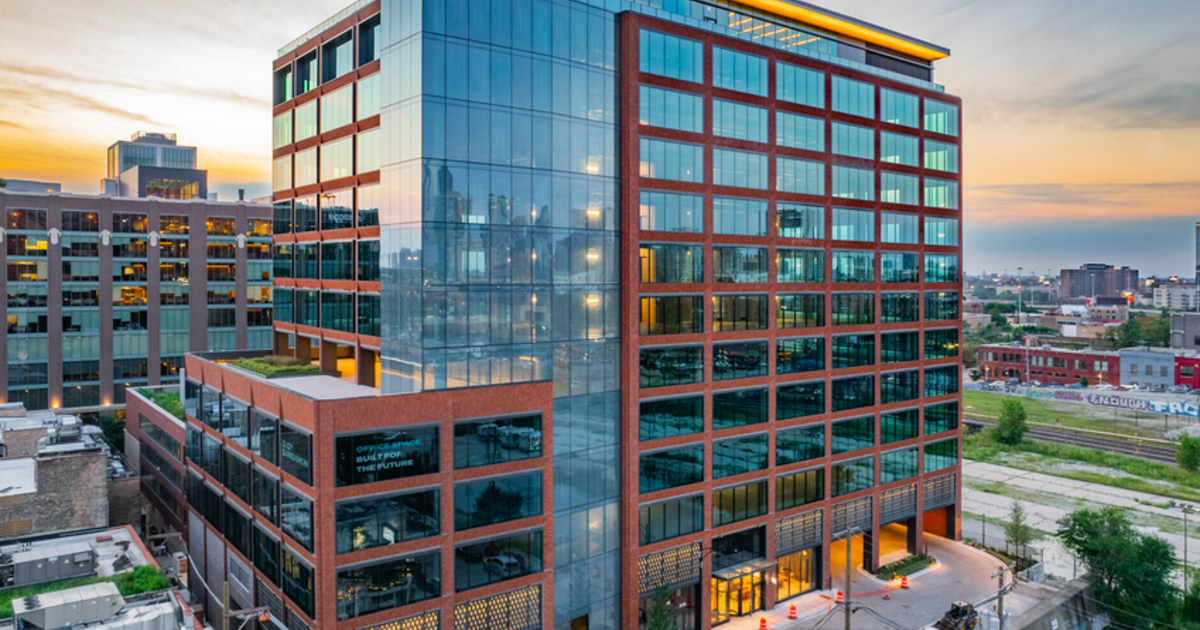 New York-based VTS expects to move into the new office in the fall, a major expansion from the 2,600 square feet it leases today in a loft office building further west in Fulton Market at 312 N. May St.

The deal continues an office leasing streak in the former meatpacking district that has defied the public health crisis, with a run of companies inking deals in Fulton Market buildings while activity in other parts of downtown has been sluggish. That has provided a lift for New York-based Tishman Speyer, which co-developed the 13-story Sangamon property with Chicago real estate investor Mark Goodman and signed leases last year with agricultural tech firm Hazel Technologies and restaurant reservation platform Tock.

VTS has now joined that roster, and streaming service company Roku is said to be in advanced talks to lease around 24,000 square feet in the building as well, according to a source familiar with the negotiations. If that deal is completed, the building would be 78% leased, the source said. CoStar News previously reported the lease talks.

“Fulton Market has emerged as one of the hottest submarkets in the country, and we chose to establish ourselves in an innovative locale that employees want to come to,” VTS CEO Nick Romito said in a statement.

The expansion comes a year after VTS finalized a $100 million deal to acquire Chicago-based Rise Buildings, another property management software firm. VTS has also been on a hiring run since then, quadrupling the size of its local workforce to 100 people today, according to a company spokeswoman. The company has also tripled its global headcount over the past year to more than 630 workers, the spokeswoman said.

Real estate technology firms, commonly known as proptech companies, have drawn a rush of venture capital backing during the pandemic as buildings owners have sought out ways to help bring tenants back into their buildings amid the rise of remote work. Proptech companies were infused with $9.5 billion in capital from VCs and other investors through mid-November 2021, according to a Wall Street Journal report citing research from CB Insights. That surpassed the full-year record of $9 billion set in 2019.

VTS’ new Fulton Market lease also stands out as a big commitment to in-person work as many companies weigh their workspace needs after adapting to their employees working from home during the pandemic.

The company said in a statement to Crain’s that it supports “flexibility for employees” but that it is seeing signs of workers across the market wanting to be back in the office more frequently.

“What we’re seeing among our staff and the market at-large is that talent wants to come into the office on a regular basis when offered a modern, convenient, and tech-enabled workplace,” the statement said .”Our company data thus far supports that as we see more people coming to the office every week then currently scheduled to be in-office.”

Robert Sevim and Jim Wenk in the Chicago office of tenant rep brokerage Savills negotiated the lease on behalf of VTS. Tishman Speyer’s Adam Mitchell and Ellen May oversee leasing at 320 N. Sangamon.

CHICAGO (CBS) -- Chicago Police are looking for a man who tried to kidnap a woman in the city's West Loop but was thwarted by some good Samaritans. This is at least the second time this has happened … END_OF_DOCUMENT_TOKEN_TO_BE_REPLACED

Illinois homes sold somewhat faster in August 2022 than in the year prior, even as median prices rose statewide, according to new data from Illinois REALTORS®. Though statewide home sales were down … END_OF_DOCUMENT_TOKEN_TO_BE_REPLACED

“I’m not one to really tell people what to do,” said Kennedy, 35, who lives in Milwaukee and works in software sales. But if a friend tried to order a delta-8 drink, “I would tell them, ‘Absolutely … END_OF_DOCUMENT_TOKEN_TO_BE_REPLACED