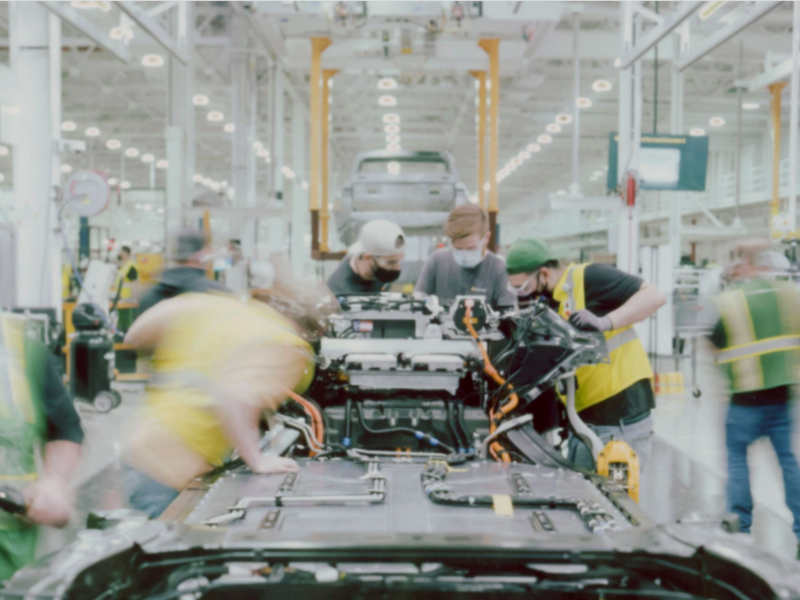 “As we just started to ramp vehicle production at the site, the facility produced limited quantities of vehicles in the period,” the company said. The operating loss for the quarter is expected to be $725 million to $775 million.

The company, which began delivering the R1T truck last quarter, previously reported a net loss of nearly $1 billion in the first half of the year.

Rivian is among the most serious competitors lining up to take on electric-vehicle leader Tesla Inc. It was seeking to be valued at about $80 billion in a listing, Bloomberg News reported in August when the company announced that it filed confidentially for an IPO.

Founder and Chief Executive Officer R.J. Scaringe may maintain control over Rivian through a class of stock giving him 10 votes per share compared with the single vote allocated to each regular share, the amended filing said. It didn’t specify the percentage of voting power or total shares that Scaringe will own.

To attract retail investors, Rivian plans to allocate a portion of its IPO to the personal finance startup SoFi Securities LLC’s online brokerage platform, the company said. Rivian also disclosed the issuance of more than $1 billion in nonconvertible debt securities in three-year period.

The company continues to list the size of its offering as $100 million, a placeholder sum will change when terms of the share sale, including price range, are set.

Rivian also said claims made by Tesla in a trade secrets lawsuit are “meritless.” The company previously said only that it aims to defend itself in the suit.

Chicago Shooting News Live: A gunman on a rooftop opened fire on an Independence Day parade in suburban Chicago on Monday, killing at least six people, wounding at least 30 and sending hundreds of … END_OF_DOCUMENT_TOKEN_TO_BE_REPLACED

The real estate industry is beyond crowded — it seems like agents are popping up everywhere and taking aim at your clients. So, how can you cut through all that noise to stand out? You’ve got to … END_OF_DOCUMENT_TOKEN_TO_BE_REPLACED

Chicago Mayor Lori Lightfoot confirmed to the New York Times that the Chicago Police Department is assisting in the response and investigation.  “Law enforcement is working hard to bring the shooter … END_OF_DOCUMENT_TOKEN_TO_BE_REPLACED