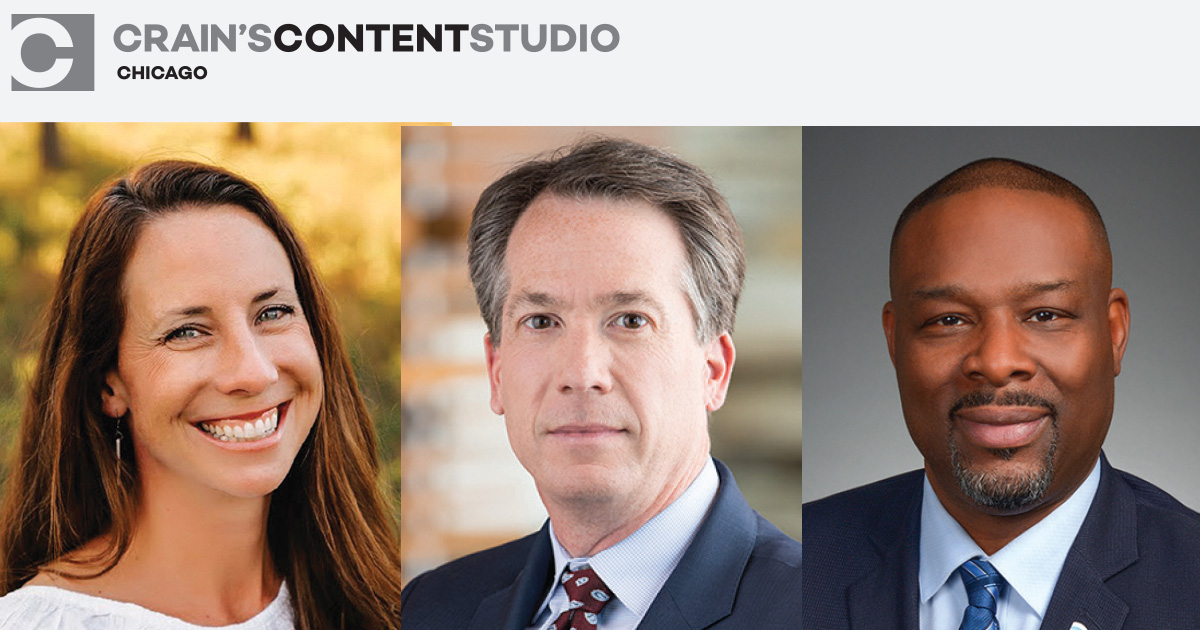 What considerations are important when thinking about large-scale renewable deployment?

Scott Vogt: Key considerations include size of the project, land requirements, and project location. Large projects tend to be in rural areas where more land is available and generally at lower prices. But when a large renewable project locates in a rural area, the cost to interconnect it may be higher, since the electrical infrastructure may need to be upgraded as it wasn’t designed for this new technology. Per Illinois law, those costs to upgrade are borne by the project itself and will always create challenges when everyone wants a project to be as efficient as possible. ComEd has created a hosting capacity map that developers can utilize that will help them locate areas in our service territory where the existing electrical infrastructure may be more cost effective for them to locate their project.

Elbert Walters III: Large-scale renewable deployments can have a large impact on reducing our carbon footprint. To ensure these types of projects are sustainable, it’s important to ensure there are backup power sources available if needed. These could include battery storage components to provide energy overnight or on rainy days, or the ability to tap into a microgrid to use traditional power sources if needed. Other options include backup generators that can power facilities in an emergency until the main power source is restored by working in conjunction with other systems as a fail-safe option.

Anna Dirkswager: Substantial expansion of onshore wind and solar generation will require massive areas of land, and early planning is needed to avoid conflict. Princeton University’s Net-Zero America report estimates that in the United States, the renewable energy resources needed to achieve net-zero emissions by 2050 could require a footprint of 228,000 square miles—larger than Wyoming and Colorado combined. Failure to address these conflicts will slow the transition to renewable energy and have significant consequences for the protection of land and water. By including nature in energy planning, smart siting tools like Site Renewables Right (nature.org/SiteRenewablesRight), and buying, we can advance a zero-carbon future as rapidly as possible while limiting impacts to natural and agricultural lands.

What effect will the Climate and Equitable Jobs Act that was passed in Illinois last year have on the solar market?

Elbert Walters III: It will help to accelerate it. Thanks to the state’s commitment to 100% clean energy by 2050—with 40% clean energy by 2030—Illinois is set to see solar and other renewable energy components become even more mainstream. With the implementation of the IBEW/NECA Technical Institute’s Renewable Energy Training Field, Powering Chicago members will remain the highest-skilled workforce to complete these projects.

Scott Vogt: CEJA will significantly increase the amount of solar in Illinois due to the 270% increase in the Renewable Portfolio Standard (RPS) budget and other modifications related to renewable energy. ComEd estimates that we will go from almost 500 MW of solar generation on the system today to 2,700 MWs by 2030, including rooftop and community solar systems. We’ve had 10,000 interconnection applications each year for the past three years and we’ll likely exceed 16,000 this year, and this doesn’t include the utility scale projects which we expect to grow significantly as well.

Anna Dirkswager: The enactment of this act encourages the solar market to hit the ground running in Illinois. Through CEJA’s Coal-to-Solar Energy Storage initiative, for example, incentives are offered to companies that install energy storage facilities at the sites of former coal plants. This supports a clean and reliable electrical grid, but also provides economic benefits to local communities. Another key component of the market is smart siting of renewables, since up to 75% of the nation’s new large renewable energy projects will occur in the central U.S.

How can we ensure that the benefits of solar energy are shared equitably with communities that have the greatest need?

Scott Vogt: ComEd buys renewable energy credits (RECs) from solar facilities across the state. RECs certify ownership of electricity generated from renewable energy resources, and they are retired on behalf of all customers when they are fed back into the grid—meaning everyone in Illinois benefits. CEJA creates other equitable energy solutions, including increased support for the state’s Solar for All program, which provides incentives that make solar more affordable for income-eligible homeowners and renters. Solar for All will receive $50 million a year to invest in solar facilities in communities in need, enabling income eligible customers to participate in rooftop or community solar. Under our Give-A-Ray program, ComEd has three community solar projects that low- to moderate- income households can participate in for free and realize savings of up to $1,000 annually on their electricity bills for a three-year term.

Elbert Walters III: The Climate and Equitable Jobs Act provides grant programs and consumer protections for residents of Illinois so they can install safe and affordable renewable energy components that otherwise may be out of reach. With a network of licensed contractors and a skilled union workforce, Powering Chicago covers every corner of Chicago and Cook County to ensure that those who are interested in installing solar or other renewable energy systems can do so safely and with access to the state’s new available grants.

Anna Dirkswager: Programs like Illinois’ Solar for All ensures that renewables are deployed in historically underserved communities and that the immediate benefits renewables can provide, such as lower utility bills, improved financial security, and better air quality, are delivered to these communities. Access to affordable electricity should be universal, and equity must be centered in the tools we use to address climate change.