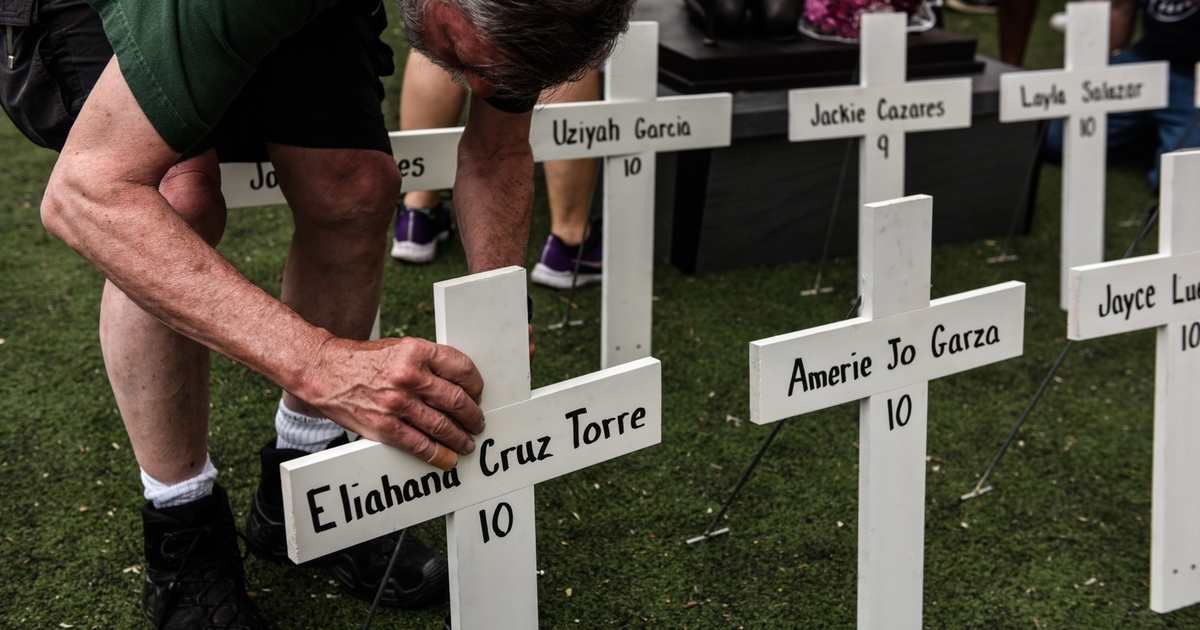 The agreement includes provisions to improve records available for background checks of younger gun buyers, and would close the so-called “boyfriend loophole” by ensuring that records of domestic-violence abuse convictions and domestic-violence restraining orders are included in a national system for background checks, even if an abuser still has a relationship with their victim. It also provides new penalties for criminals who illegally make straw purchases and traffic guns, or who illegally evade licensing requirements.

Significantly, 10 Republicans signed onto the framework, the number that would be needed to edge legislation past an expected filibuster in the Senate.

“Families are scared, and it is our duty to come together and get something done that will help restore their sense of safety and security in their communities,” the 20 senators involved in the talks said in a statement. In addition to providing new resources and trying to keep some weapons from potentially dangerous buyers, the group said it would also protect “the constitutional rights of law-abiding Americans.”

The agreement is a significant breakthrough after years of very little progress in Congress on gun legislation, but negotiators still must agree on all the details as they draft legislation in coming days.

President Joe Biden heralded the accord.

“Obviously, it does not do everything that I think is needed, but it reflects important steps in the right direction, and would be the most significant gun safety legislation to pass Congress in decades,” Biden said in a statement. “With bipartisan support, there are no excuses for delay, and no reason why it should not quickly move through the Senate and the House.”

The need for GOP support is giving Republicans significant leverage in talks on legislation that is spurred by the May shooting at an elementary school in Uvalde, Texas and a grocery store in Buffalo, New York, that killed a total of 31 people. The framework does not include ideas that some Republicans found objectionable, including a proposal to raise the minimum age to purchase semiautomatic weapons from 18 to 21.

Senate Minority Leader Mitch McConnell praised the progress in the talks, but withheld support as negotiations over details continue.

“I continue to hope their discussions yield a bipartisan product that makes significant headway on key issues like mental health and school safety, respects the Second Amendment, earns broad support in the Senate, and makes a difference for our country,” McConnell said in a statement.

Some of the negotiators have said they’re hopeful that legislation could move before the Senate leaves for a July 4 holiday recess. Reaching a deal will get harder beyond that as lawmakers increasingly focus on the looming midterm elections.

Senate Majority Leader Chuck Schumer said he wants to put the legislation before the full Senate “as soon as possible.”

“After an unrelenting wave of gun-related suicides and homicides, including mass shootings, the Senate is poised to act on commonsense reforms to protect Americans where they live, where they shop, and where they learn,” Schumer said in a statement. “We must move swiftly to advance this legislation because if a single life can be saved it is worth the effort.”

In addition to Cornyn, the Republican senators who signed onto the framework include: Thom Tillis of North Carolina, Roy Blunt of Missouri, Richard Burr of North Carolina, Bill Cassidy of Louisiana, Susan Collins of Maine, Lindsey Graham of South Carolina, Rob Portman of Ohio, Mitt Romney of Utah and Pat Toomey of Pennsylvania.

Chicago Shooting News Live: A gunman on a rooftop opened fire on an Independence Day parade in suburban Chicago on Monday, killing at least six people, wounding at least 30 and sending hundreds of … END_OF_DOCUMENT_TOKEN_TO_BE_REPLACED

The real estate industry is beyond crowded — it seems like agents are popping up everywhere and taking aim at your clients. So, how can you cut through all that noise to stand out? You’ve got to … END_OF_DOCUMENT_TOKEN_TO_BE_REPLACED

Chicago Mayor Lori Lightfoot confirmed to the New York Times that the Chicago Police Department is assisting in the response and investigation.  “Law enforcement is working hard to bring the shooter … END_OF_DOCUMENT_TOKEN_TO_BE_REPLACED