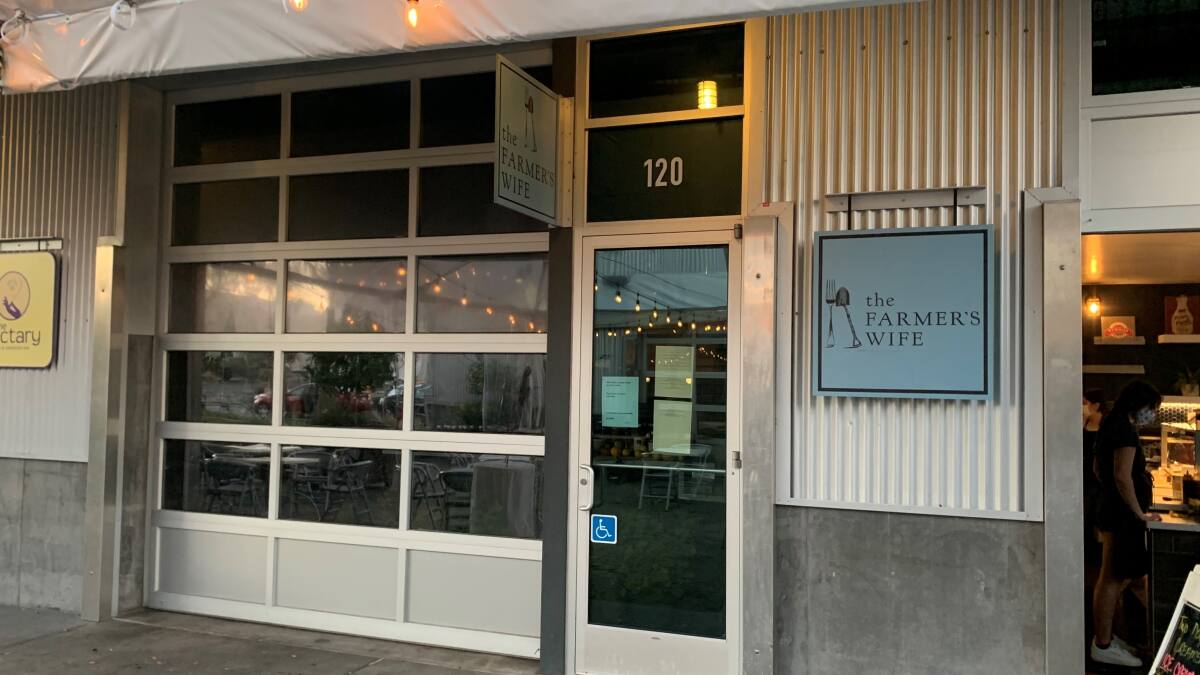 A pending settlement on one class-action lawsuit against Grubhub could take another suit whose plaintiffs include a North Bay eatery off the table for now.

An Oakland attorney at Gibbs Law who represents the lead plaintiff — the Farmer’s Wife in Sebastopol — is awaiting a judgment approving or denying the settlement filed in federal court in Denver on April 16.

The ruling there will have a bearing on the strategy of the Farmer’s Wife case waging in U.S. District Court in Chicago, Ill. This is where the food delivery corporation is based.

A date has been set for May 27 for a hearing on the Illinois case.

“From our perspective, it’s not a good settlement,” attorney Alex Bukac told the Business Journal. Because the two cases are so similar, the attorney fears the judge will be influenced if a settlement is proposed in his client’s case.

About 150 restaurants, led by The Barlow eatery and Antonia’s in North Carolina, sued Grubhub in October. They alleged the service was using their names without their permission as well as promoting menus and quoting prices that hurt their reputations.

Beyond that, the complaint contends Grubhub provides poor service to restaurant customers.

Grubhub’s corporate office in Chicago and the Ross Ziev Colorado law firm did not respond to requests for comment.

The plaintiff in the Colorado case is the Freshcraft restaurant in Denver. It alleged that the food delivery service, which saw a booming business during the pandemic, falsely claimed the Freshcraft restaurant was closed when they were open. A second complaint echoed the allegations from the Chicago lawsuit that contends Grubhub listed their restaurants without their permission and used old menus.

Bukac plans to file an objection to the Colorado case settlement, claiming it fails to go far enough in holding Grubhub accountable for misdeeds and lets the company off the hook for damages.

“Grubhub denies each and every allegation of wrongdoing liability and damages that were or could have been asserted in the action. …Grubhub consents to the settlement solely to avoid the expense, inconvenience and inherent risk of litigation,” the settlement reads.

In turn, Grubhub pledged to create a page on its website that clarifies covered restaurants.

Earlier in the case, the plaintiffs took a different stance, claiming the food service firm is “knowingly employing a nationwide false advertising campaign to steer patrons to its partner restaurants by falsely declaring that its competitors are closed or not accepting online orders when they are in fact open for business.” When a user downloaded a competing restaurant’s name, as in the case of Freshcraft, a bulletin prominently displayed it as “closed.”

“The bottom line is, restaurants get nothing out of the deal. (Grubhub) can still list them, and there’s no financial recovery provided,” Bukac said. “It’s up to the restaurant to police Grubhub.”

The Farmer’s Wife owner Kendra Kolling was unavailable for comment.

Eating out became big business in and out of the coronavirus outbreak.

As its own competitors, DoorDash and Uber Eats, were bearing down on its profit margin, Grubhub had touted a large customer base of more than 15 million active users on its platform. The company was sold on June 10 to Just Eat Takeaway.com of the Netherlands for $7.3 billion, according to the Chicago Business Journal.

Prior to the COVID-19 crisis, the National Restaurant Association predicted that orders placed among the 1 million U.S. dining establishments had become a $38 billion industry last year.

Cook County this week has 51 cases per 100,000 people, up 78 percent from the prior 7-day period, CDC data shows. Under the federal agency’s recommendation, areas of substantial transmission are those … END_OF_DOCUMENT_TOKEN_TO_BE_REPLACED

Origin launched its first QOZ fund in 2018 and has committed $100 million of the $265 million it raised to five apartment projects, including one recently completed in Pilsen. Origin plans to use the … END_OF_DOCUMENT_TOKEN_TO_BE_REPLACED