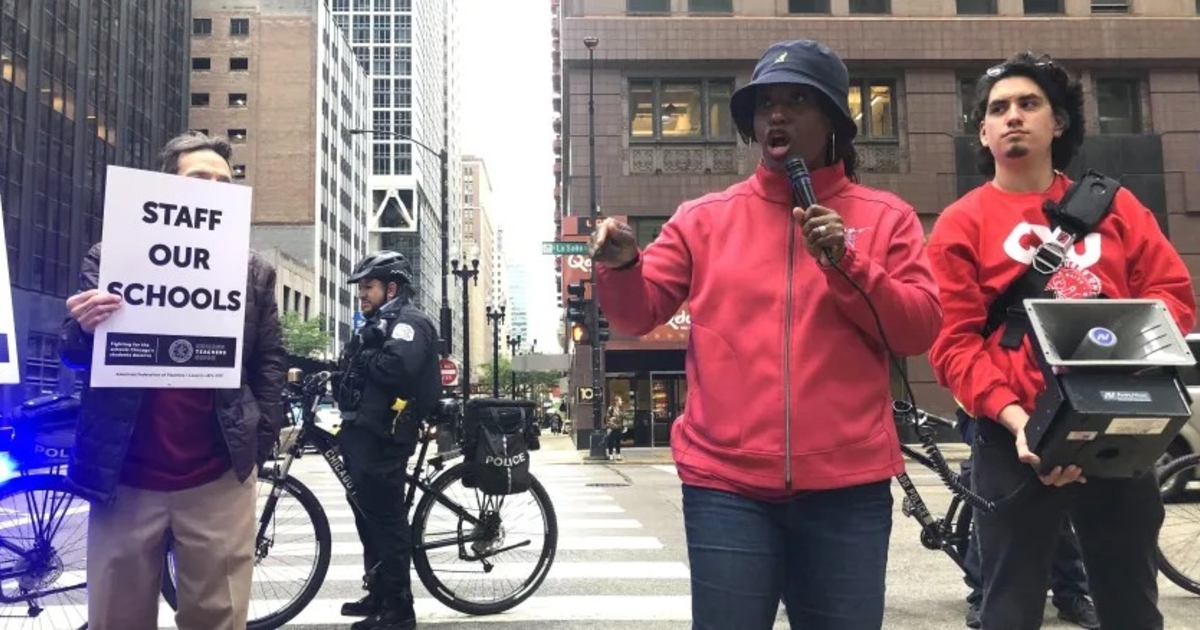 In a statement to rank-and-file members, outgoing president Jesse Sharkey acknowledged the extremely challenging three years for members, who have gone through an 11-day strike, the ongoing pandemic, and “two brutal school reopening campaigns to protect your safety and that of your school communities.”

“This particular election saw competing visions from three slates vying for leadership of our union,” Sharkey said, who acknowledged the heated debates running up to the election. “It is time for us to come together for healing, and the solidarity that anchor our strength.”

Gates will lead the union as the district continues to navigate the fallout from the pandemic. The upcoming mayoral election and transition to an elected school board is on the horizon and could see the union leaders exercising their political muscle.

During the election, Members First criticized current leadership for overreaching on social issues not directly connected to the classroom instead of staying focused on more traditional concerns such as prep time and compensation. Members First also said the union was too quick to strike in January, pointing to a standoff with the mayor’s office that produced modest changes to safety protocols amid the omicron surge.

REAL also criticized the handling of the strike. They argued that current leadership was  disconnected from rank-and-file members and spent too much money supporting political candidates without giving members a full accounting.

Throughout the pandemic, CORE leadership has pushed the district to adopt strict safety strategies. A call for an agreement came to a head in January when teachers voted to walk out and teach remotely over safety concerns. The district canceled classes and locked teachers out of remote instruction software during the standoff.

CORE leadership has criticized the district’s proposed budget cuts for the upcoming years, saying Chicago Public Schools should be pouring more resources to schools that are still dealing with pandemic fallout.

Winners in the election will serve three-year terms that begin July 1 and end June 30, 2025.

Chicago Shooting News Live: A gunman on a rooftop opened fire on an Independence Day parade in suburban Chicago on Monday, killing at least six people, wounding at least 30 and sending hundreds of … END_OF_DOCUMENT_TOKEN_TO_BE_REPLACED

The real estate industry is beyond crowded — it seems like agents are popping up everywhere and taking aim at your clients. So, how can you cut through all that noise to stand out? You’ve got to … END_OF_DOCUMENT_TOKEN_TO_BE_REPLACED

Chicago Mayor Lori Lightfoot confirmed to the New York Times that the Chicago Police Department is assisting in the response and investigation.  “Law enforcement is working hard to bring the shooter … END_OF_DOCUMENT_TOKEN_TO_BE_REPLACED