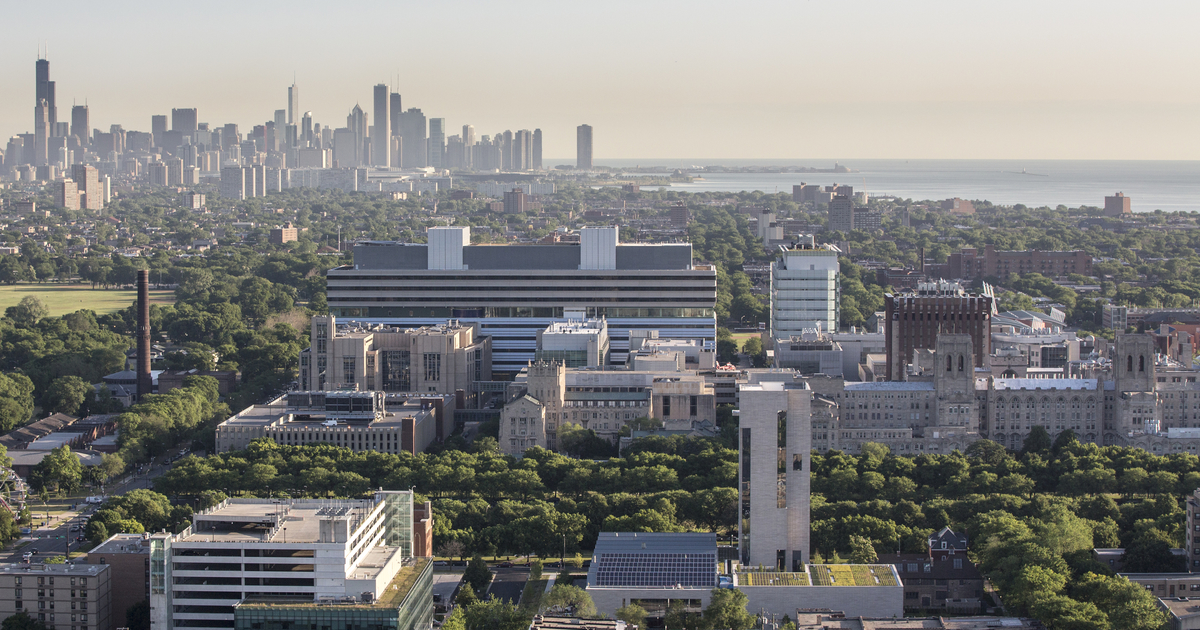 STUDY: HUNDREDS MAY HAVE SURVIVED COVID IF VAX RATES WERE HIGH ACROSS WHOLE CITY: A University of Chicago Medicine study of vaccination coverage in Chicago found vaccination rates were highest in the communities that were least vulnerable to severe COVID-19, ZIP codes where predominantly higher-income white Chicagoans lived, while ZIP codes with predominantly Black and poorer residents saw lower rates of vaccination and less availability of the shots, said lead researcher Dr. William Parker, assistant professor of medicine and public health sciences at the University of Chicago.

The study, published in JAMA Network Open, analyzed Chicago Department of Public Health data, focusing on COVID-19 deaths and vaccination rates in 52 of Chicago’s nearly 70 ZIP codes during the alpha wave from March to June 2021 and the delta wave from August to November 2021.

CDPH Commissioner Dr. Allison Arwady said the numbers in the UChicago study are “why we have had equity at the center of our efforts the whole time.”

At the start of the pandemic, health officials knew poorer and Black and Hispanic populations would bear a higher level of risk for severe COVID-19 outcomes, Parker said. And efforts were made to emphasize underserved communities, such as the Protect Chicago initiative and the Chicago COVID Vulnerability Index.

Arwady said the UChicago Medicine study is helpful for both shining more light issues of equity and illustrating that the vaccines are effective at preventing death. She said that this study in JAMA was significantly improved from a pre-print, not-yet peer reviewed version that came out last autumn. READ MORE.

MEAD JOHNSON PARENT TRIED TO SELL THE CHICAGO-BASED BABY FORMULA UNIT: Reckitt Benckiser Group is struggling to sell its infant nutrition unit, Chicago-based Mead Johnson, with only a small number of private-equity funds following through with bids, people familiar with the matter said.

Clayton Dubilier & Rice is one of the few buyout firms that submitted a nonbinding bid, people asking not to be identified discussing confidential information said. Reckitt asked for offers for the business, which could fetch about $7 billion, by late May.

Potential suitors have been spooked by the ongoing infant formula crisis in the U.S., Mead Johnson’s largest market, according to the anonymous sources. READ MORE.

ABBOTT WORKING ON A MONKEYPOX PCR TEST: As the monkeypox outbreak in the U.S. reached seven states as of May 26, an Abbott Laboratories spokesperson said it is working on coming up with a PCR test for the virus.

Last week, the virus, which is in the same family of viruses as smallpox, was found in Virginia, California, Washington state, Massachusetts, Florida, Utah and New York. Health officials say there is a readily available supply of smallpox vaccine that should be effective against monkeypox. READ MORE.

HB4703 builds on the federal No Surprises Act by granting the Illinois Department of Insurance additional power to assist consumers facing “astronomical” bills because they unknowingly or mistakenly received care from a health care provider that was out of their insurance’s network.

SB3910 requires health insurance and HMO member ID cards to disclose and easily identify the regulatory entity that authorizes the plan. And HB0836 creates the Health Insurance Coverage Premium Misalignment Study Act, in which the Department of Insurance will oversee a study to examine insurance rates that yield misaligning premiums across coverage in Illinois. READ MORE.

Despite increased access to care through telehealth, the pandemic has taken a toll on Americans’ physical and mental health. Nearly one in five adults, or 53 million Americans, reported living with a mental illness in 2020, according to the National Institute of Mental Health.

Even as patients return to other in-person appointments, virtual behavioral health sessions continue to be in demand more than two years after the pandemic shutdown.

CVS LAUNCHES NEW DIGITAL PLATFORM FOR PRIMARY CARE PATIENTS: CVS Health’s new digital platform intends to give consumers access to health services on demand, whether they are at home or in a retail or community-based setting, our sister publication Modern Healthcare reports.

Eligible Aetna and CVS Caremark members will be able to use CVS Health Virtual Primary Care to request remote primary care, chronic condition management and mental health services, in addition to being seen at an in-network provider in person, the company said Thursday. The platform will roll out to Aetna members on Jan. 1, 2023, and CVS Caremark during the second quarter of 2023.

The virtual care platform will help members schedule virtual appointments with their personalized care team, led by a physician and consisting of nurse practitioners, registered nurses and licensed vocational nurses who are available via digital communication. Care teams will also consult with CVS pharmacists to manage medication and use interoperable electronic health records to assist members with transitioning between virtual and in-person care and share clinical data with other providers.

PSYCHEDELIC INDUSTRY IN ILLINOIS FORMS ASSOCIATION: A new professional society for education, support and advocacy of the safe use of psychedelics, The Illinois Psychedelic Society, has been recently launched, the society said in a statement.

“With psychedelic-assisted therapy growing in use and acceptance and being incorporated into mainstream medicine, more and more education is needed for medical professionals along with community and peer support for persons engaging in these practices,” the statement said.

“It is important to acknowledge that people are using psychedelics and similar compounds regardless of their legal status, and we believe they deserve to have informed consent, safe access and adequate support to use them,” said Jean Lacy, a cannabis and psychedelic advocate and founding board member of IPS.

The statement said the nonprofit’s board is made up of Lacy and Nathan Gates, a licensed clinical professional counselor and founder of Spoon River Counseling in Canton, Ill.; Amanda M. Walsh, an attorney, social worker and mental health policy advocate in Chicago; Rachel Norris, a palliative care and emergency medicine physician and founder of Imagine Healthcare, an integrated health and wellness clinic in Chicago; and Michelle Martin, a mental health and psychedelics advocate in Chicago.

GROUP MAY DROP OUT OF THE RACE FOR BOOTS UNIT: A consortium backed by the billionaire Issa brothers is considering dropping out of the bidding for Walgreens Boots Alliance’s international arm due to disagreements over price, people with knowledge of the matter said.

The Issas, who were bidding together with TDR Capital, balked at a request by Walgreens to increase their offer for the Boots drugstore chain and are now thinking about walking away, the people said.

The situation is fluid, and the investor group could still re-enter the race if it can reach a compromise on price with Walgreens, the people said. The U.S. company has been seeking a valuation of about $8.8 billion for Boots, though bidders had pegged its worth around $6.3 billion, Bloomberg News has reported. In auction situations, potential buyers sometimes walk away from the negotiating table to gain a tactical advantage. READ MORE.

Chicago Shooting News Live: A gunman on a rooftop opened fire on an Independence Day parade in suburban Chicago on Monday, killing at least six people, wounding at least 30 and sending hundreds of … END_OF_DOCUMENT_TOKEN_TO_BE_REPLACED

The real estate industry is beyond crowded — it seems like agents are popping up everywhere and taking aim at your clients. So, how can you cut through all that noise to stand out? You’ve got to … END_OF_DOCUMENT_TOKEN_TO_BE_REPLACED

Chicago Mayor Lori Lightfoot confirmed to the New York Times that the Chicago Police Department is assisting in the response and investigation.  “Law enforcement is working hard to bring the shooter … END_OF_DOCUMENT_TOKEN_TO_BE_REPLACED