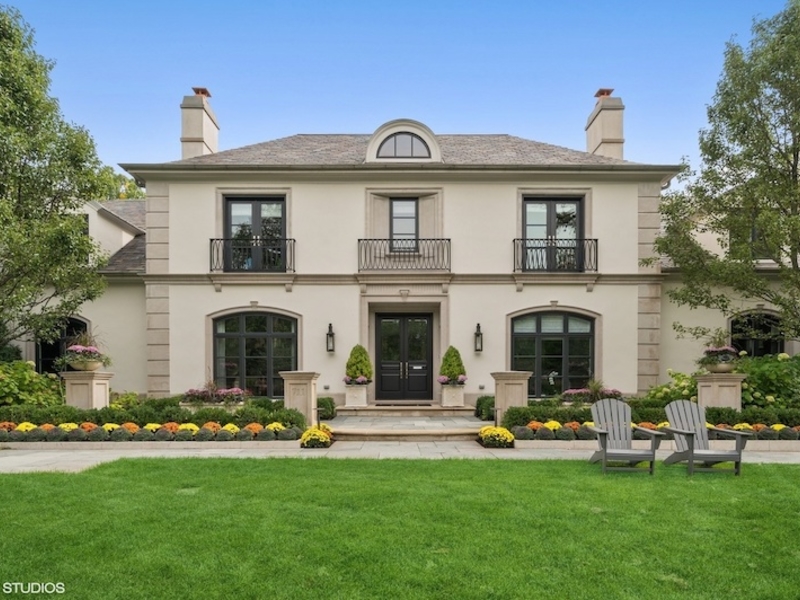 The sellers, Paul and Meinhard St. John, could not be reached for comment.

The St. Johns bought the house in April 2019 for $4 million, according to the Cook County Recorder of Deeds. Seven months later, they bought the property behind it, on Walden Road, for $1.4 million. They built a swimming pool and other amenities on that lot, according to a source who is familiar with the property. Their total investment in the property, above the $5.4 million for the two acquisitions, is not known.

Neither Bâby nor the buyers’ agent, Marlene Leon of @properties, responded to requests for comment. The buyers are not yet identified in public records.

There is little information about the property and just one exterior photo included in Bâby’s posting on real estate sites.

Paul St. John is a former executive with GitHub, a San Francisco tech firm, and is now an investor, according to his LinkedIn profile. Meinhard St. John is an actor.

The $8 million sale is the most anyone has paid for a single Winnetka home since a newly built lakefront home went for $12 million in April 2018.

Two neighboring properties on Winnetka’s lakefront sold for more in 2020—one for $9.5 million and the other for $8.2 million—but they later turned out to be part of a package deal in which capital executive Justin Ishbia bought three properties for a total of almost $24 million to assemble an estate. Ishbia bought the third property for $6.2 million and, according to the Chicago Tribune, swapped the local park district that property for a piece of park land next to his other two purchases.

Here is a new way you can watch local news, 24 hours a day, seven days a week – for free!  NBC 5 has launched NBC Chicago News on Peacock. Here, you will see around-the-clock local news coverage. … END_OF_DOCUMENT_TOKEN_TO_BE_REPLACED

Proper Rate, the joint venture by Guaranteed Rate and @properties, has named Rich Honquest as a new vice president of mortgage lending. In the position, Honquest will be originating loans in the … END_OF_DOCUMENT_TOKEN_TO_BE_REPLACED

Tuition for out-of-state and international freshmen will increase by 2.5% in Urbana-Champaign, 1.8% in Chicago and 1.5% in Springfield. Tuition at U of I was previously frozen from 2015-2019 and in … END_OF_DOCUMENT_TOKEN_TO_BE_REPLACED