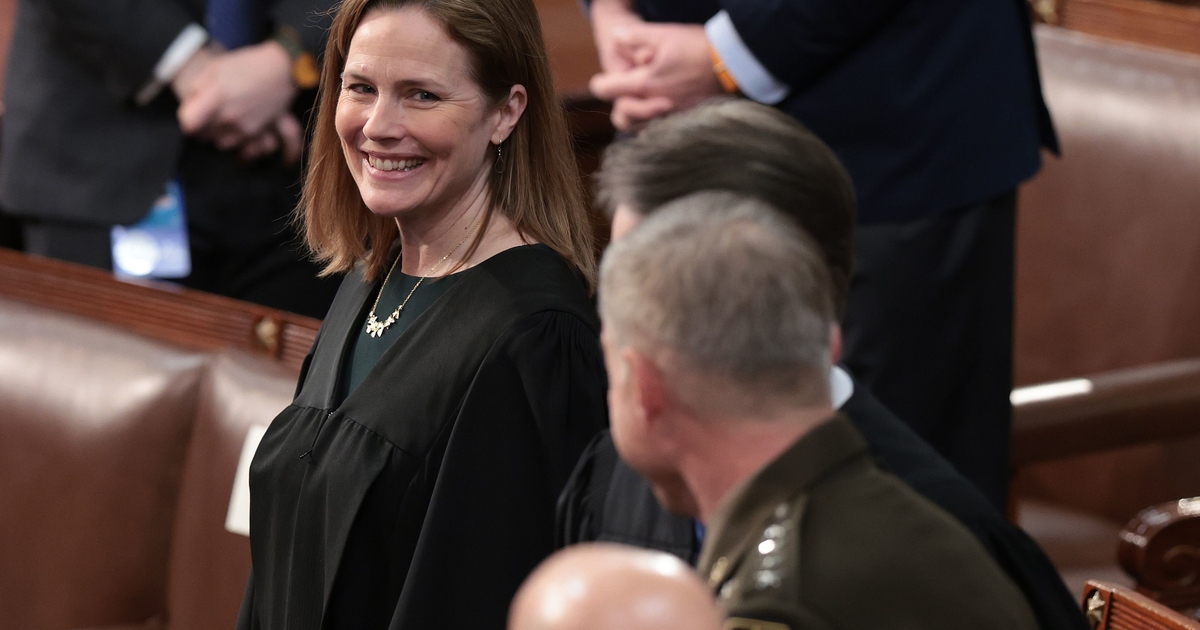 The Biden plan is designed to take effect this month, though a federal appeals court in a different case has put the program on temporary hold. The program would forgive as much as $20,000 in federal loans for certain borrowers making less than $125,000 per year or $250,000 for spouses. It could affect more than 40 million people.

Barrett is assigned to handle emergency matters from the Chicago-based 7th US Circuit Court of Appeals, which previously rejected the Indiana men. A different federal appeals court, the St. Louis-based 8th Circuit, paused the program last month while considering a challenge by six Republican-led states.

Opponents have encountered difficulty establishing standing to sue — that is, showing they are being directly harmed by the policy. In the Indiana case, the men said state law would treat the forgiven loans as taxable income. They said they were expecting their debt to be forgiven under a different, pre-existing forgiveness program that wouldn’t result in any tax liability.

A federal district judge rejected that argument, saying any harm suffered by the borrowers was attributable to state tax policy, not the loan-forgiveness program.

The White House announced on Wednesday that the US was eager to continue working with Pakistan as a new general assumed leadership of the army command in Islamabad. The Pakistan Army’s command was … END_OF_DOCUMENT_TOKEN_TO_BE_REPLACED

PHOENIX (AP) — Devin Booker scored a season-high 51 points in just three quarters, Deandre Ayton had 30 points and 16 rebounds and the Phoenix Suns stretched their winning streak to six games with a … END_OF_DOCUMENT_TOKEN_TO_BE_REPLACED

The 202-room Courtyard by Marriott Boston Marlborough has been sold for $15.3 million. The deal for the property at 75 Felton St. in Marlborough closed on Monday, according to the Middlesex South … END_OF_DOCUMENT_TOKEN_TO_BE_REPLACED