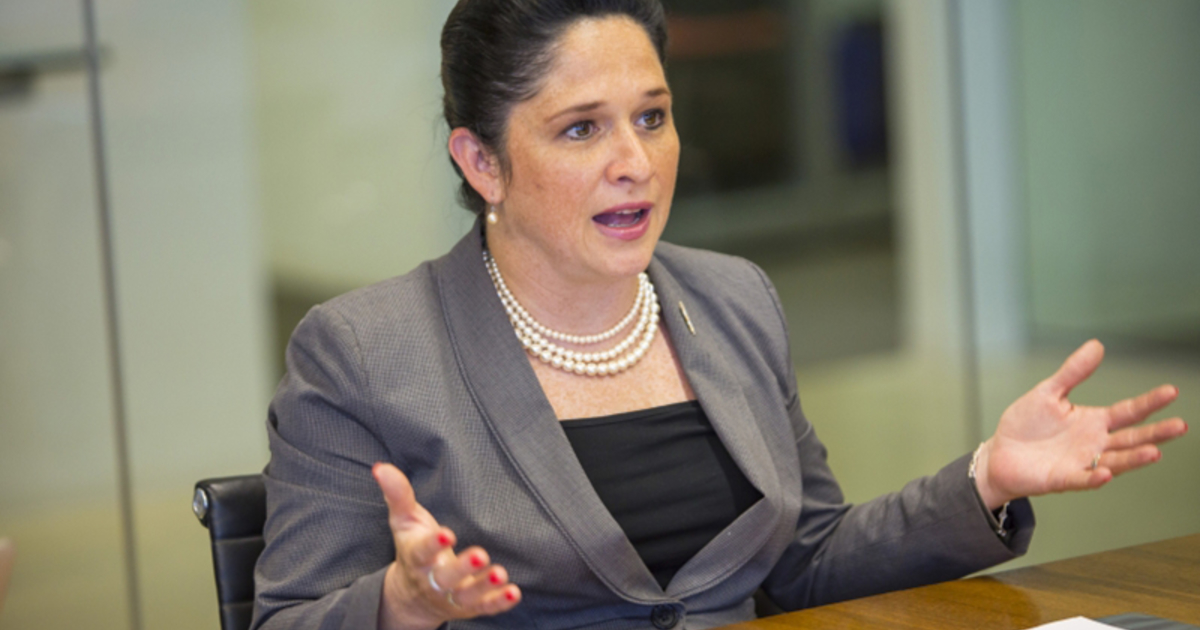 But the Republican running for Mendoza’s job, Shannon Teresi, says the 1%-a-month charge should stay as a deterrent to keep ruling Democrats from spending too much.

Mendoza’s comments came at a hearing in which she spoke about a 1993 law known as the Prompt Payment Act that requires the high interest rates for late payment, at least in part to discourage the practice.   Pending legislation by Sen. Laura Murphy, D-Des Plaines, would reduce the charge to the greater of 0.25% a month—3% a year—or twice the annual increase in the consumer price index.

With the state’s bill backlog having been cut from $16.7 billion a few years ago to $3.6 billion now, bills are being paid within 17 days of receipt on average, Mendoza said.  And that means the high charge no longer is needed.

“I understand that the intent of the act is supposed to have a deterrent effect on budget-makers that forces them to keep a budget living within its means,” Mendoza said.  “But, I would argue that this interest expense is not penalizing state government, but rather penalizes taxpayers.”

“It still bothers me that Illinois spent over $1 billion in late payment interest payments during the budget impasse that is now gone. Poof,” Mendoza added. Vendors and their lenders should not be able to stick taxpayers with “exorbitant costs.”

A different take came from Teresi: Mendoza’s proposal is “nothing more than a cheap way to save a buck that will cost taxpayers in the long run,” she said in a statement.  “If the state were paying its bills on time, why would Comptroller Mendoza be so afraid of penalties on late payments?”

Mendoza is sticking by her guns.

“The facts are that Comptroller Mendoza has cut the state’s bill backlog by over 80% without using federal stimulus funds, delivered the fastest vendor payment cycle in decades—down from 210 working days to 17 days today—and helped earn the state its first credit upgrades in over 20 years, a clear indicator of the state’s improved fiscal condition,” she responded.

For what it’s worth, the watchdog Civic Federation is siding with Mendoza on this one.

The 12% fee “is an unnecessary guardrail,” said federation President Laurence Msall in a phone call. “It was supposed to be a deterrent, not a way for people to profit from the states overdue bills.”

Murphy’s bill has not picked up much momentum and currently is stuck in the assignments committee. We’ll see if Mendoza’s backing gives it a push.

WAUCONDA, Ill. (AP) — A bison that escaped a suburban Chicago farm last September and had been living in the wild since was recaptured Wednesday, officials said. The 1,300-pound bison some had come … END_OF_DOCUMENT_TOKEN_TO_BE_REPLACED

With suburban home value growth surpassing that of urban homes, the most popular areas appear to be outside the city. According to Zillow, all 10 of its current top markets are located roughly 30 … END_OF_DOCUMENT_TOKEN_TO_BE_REPLACED

The measure passed 30-19. After the first meeting adjourned, the City Council briefly met for a second time during a special meeting called for by 30 aldermen to grill city leaders about Chicago’s … END_OF_DOCUMENT_TOKEN_TO_BE_REPLACED