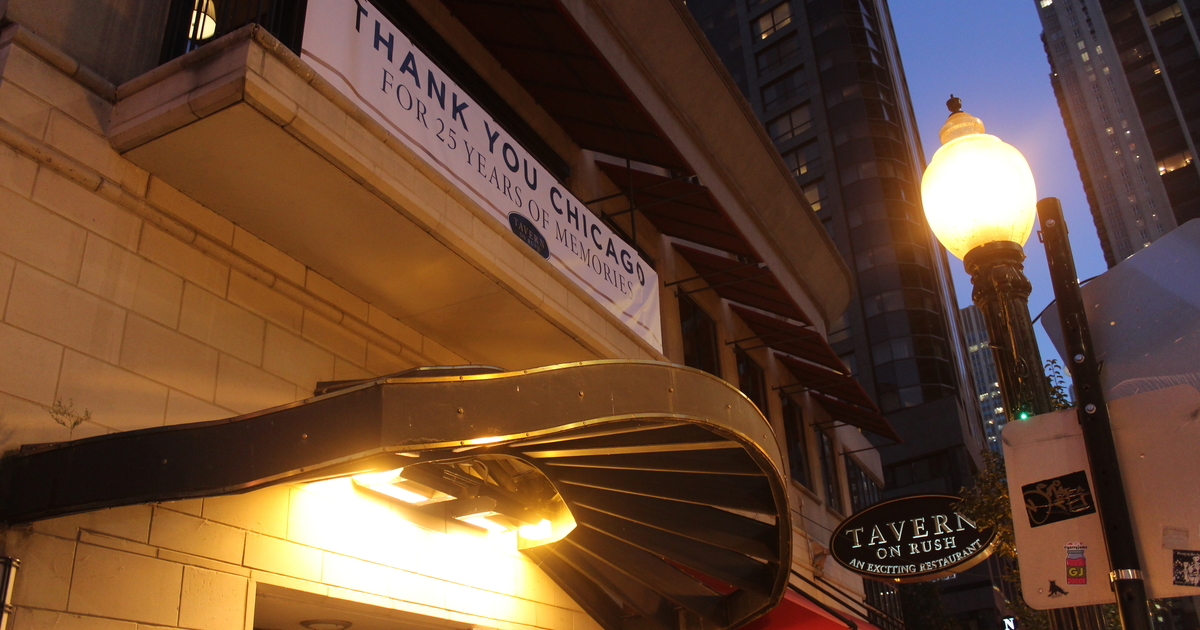 Stefani, now 72, has other restaurant projects in the works. His restaurant group is working with the folks from Avli, a group of modern Greek restaurants, to remodel Castaways at North Avenue Beach into a Mediterranean restaurant. He also plans to open a restaurant at North Wells and West Ontario streets in River North next spring. Plans for that concept are still in the works.

As for the Tavern restaurant itself, Stefani has far from ruled out the potential of reopening in a new location. “Listen to me very closely,” he said as restaurant-goers cheered behind him. “Stay tuned. Stay tuned.”

Advocates staged a tent city in the lobby of City Hall during Mayor Lori Lightfoot's budget address on Monday, Oct. 3, 2022, calling on Chicago to provide a dedicated stream of funding to tackle the … END_OF_DOCUMENT_TOKEN_TO_BE_REPLACED

The candidates face off Dec. 6 in the final Senate contest of the 2022 midterms because neither surpassed 50% of the vote in the general election a little more than two weeks ago, which included a … END_OF_DOCUMENT_TOKEN_TO_BE_REPLACED