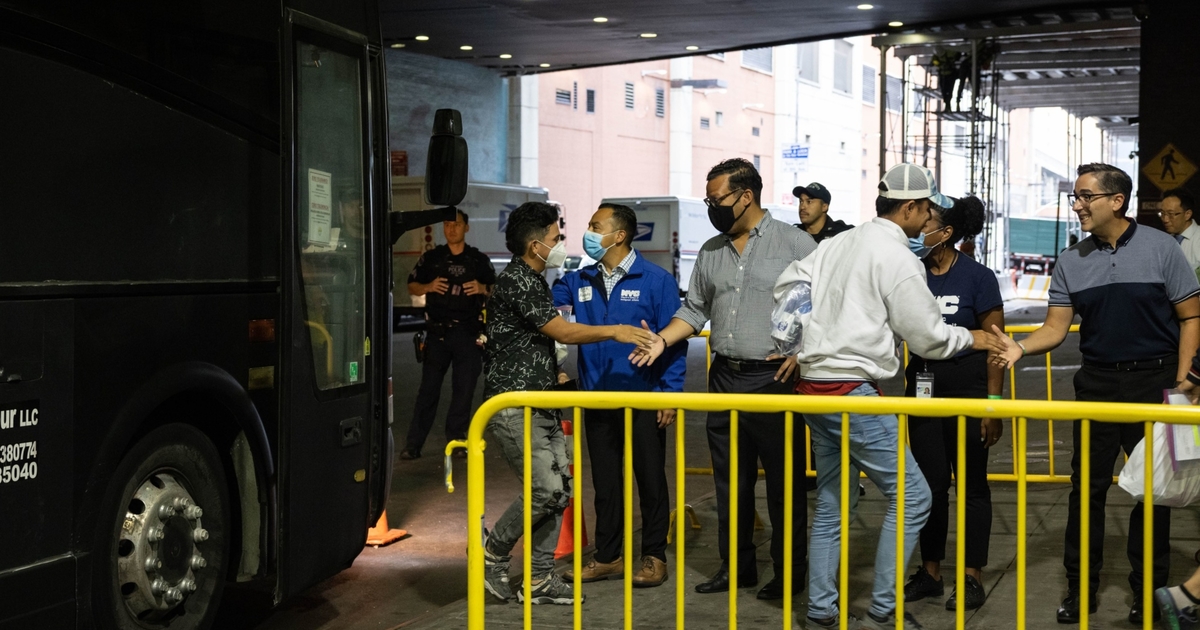 Abbott, a Republican, paints the busing program as punishment for Democratic politicians who he says have failed to come up with a plan to address border chaos caused by unauthorized crossings. Texas has spent more than $12 million on the program. Arizona began following in Texas’s footstep in May, and has spent more than $3 million transporting more than 1,500 asylum seekers to the East Coast.

Earlier this week, Washington Mayor Muriel Bowser declared a public health emergency in response to the buses. She also announced the city would spend $10 million to set up a new office to provide support and services to the migrants arriving from Texas and Arizona.

The mayors of New York City and Chicago have also criticized Abbott’s program and asked for additional federal resources, along with private donations to help support the migrants.

CHICAGO (CBS) -- Chicago Police are looking for a man who tried to kidnap a woman in the city's West Loop but was thwarted by some good Samaritans. This is at least the second time this has happened … END_OF_DOCUMENT_TOKEN_TO_BE_REPLACED

Illinois homes sold somewhat faster in August 2022 than in the year prior, even as median prices rose statewide, according to new data from Illinois REALTORS®. Though statewide home sales were down … END_OF_DOCUMENT_TOKEN_TO_BE_REPLACED

“I’m not one to really tell people what to do,” said Kennedy, 35, who lives in Milwaukee and works in software sales. But if a friend tried to order a delta-8 drink, “I would tell them, ‘Absolutely … END_OF_DOCUMENT_TOKEN_TO_BE_REPLACED