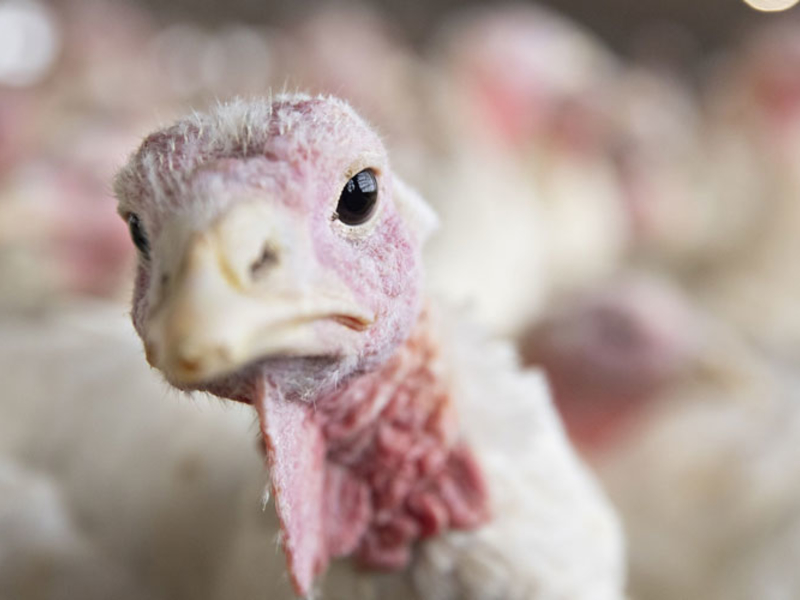 America’s Thanksgiving holiday, always the fourth Thursday in November, lands at a time when runaway inflation, mangled supply chains and heightened demand are converging. Food inflation, an issue the world over, has been worsening in the U.S. as a shortage of workers at meatpacking plants and transportation companies leaves grocery shelves looking sparse. At the same time, costs for farmers including fertilizer, animal feed and fuel are soaring. Taken together, food prices continue to climb, helping to fuel in October the fastest annual growth in U.S. consumer prices since 1990.

Meanwhile, more people will be traveling this year after widespread vaccination efforts in the spring across America, increasing demand for the traditional foods from poultry to potatoes that normally grace Thanksgiving tables. Throw in gasoline prices, around the highest since 2014, and households are going to feel Thanksgiving’s pinch. Some families, looking to stay within budget, are buying smaller birds, planning fewer side dishes, and doing the unthinkable for this time of year: trying to avoid leftovers.

“It’s going to cost you more to host Thanksgiving and cost your family more to drive there this year,” said Daniel Roccato, a financial analyst at Credible, an online marketplace for loans. A family of four can expect to spend at least $26.57 to put the classic Thanksgiving dinner on the table, up about 10% from 2020, not counting the extra $18 a week drivers are spending at the pump, he calculates. “Without a doubt, due to the highest inflation in 30 years, the tab for this Thanksgiving dinner will be the highest consumers have seen.”

With prices rising ahead of the iconic American holiday, some are politicizing the issue. “This will be the most expensive Thanksgiving in the history of the holiday,” Representative Elise Stefanik, a Republican from New York, wrote in a tweet Wednesday. “The American people don’t deserve Biden’s #ThanksgivingTax!”

One key factor behind the higher prices is the Thanksgiving centerpiece: the turkey. According to USDA data, wholesale frozen turkeys weighing 16 pounds or less cost on average $1.41 a pound currently, up 23% year on year. Bigger birds are up about 20% from last year to $1.39 a pound on average.

To be sure, some grocers will actually sell turkeys for less than they paid to attract customers. “That’s something they’re intentionally taking a loss on,” said Grace Grossen, an agricultural economist at the USDA. “They’ll make them really cheap to get people in the door to buy their canned goods and other items.”

President Joe Biden speaks as he announces that he is nominating Jerome Powell for a second four-year term as Federal Reserve chair, during an event in the South Court Auditorium on the White House … END_OF_DOCUMENT_TOKEN_TO_BE_REPLACED

Research has shown that women are most likely to shop for milk substitutes, and so the all-women Planting Hope, which counted food industry financier Larry Levy and other men as early investors, is no … END_OF_DOCUMENT_TOKEN_TO_BE_REPLACED