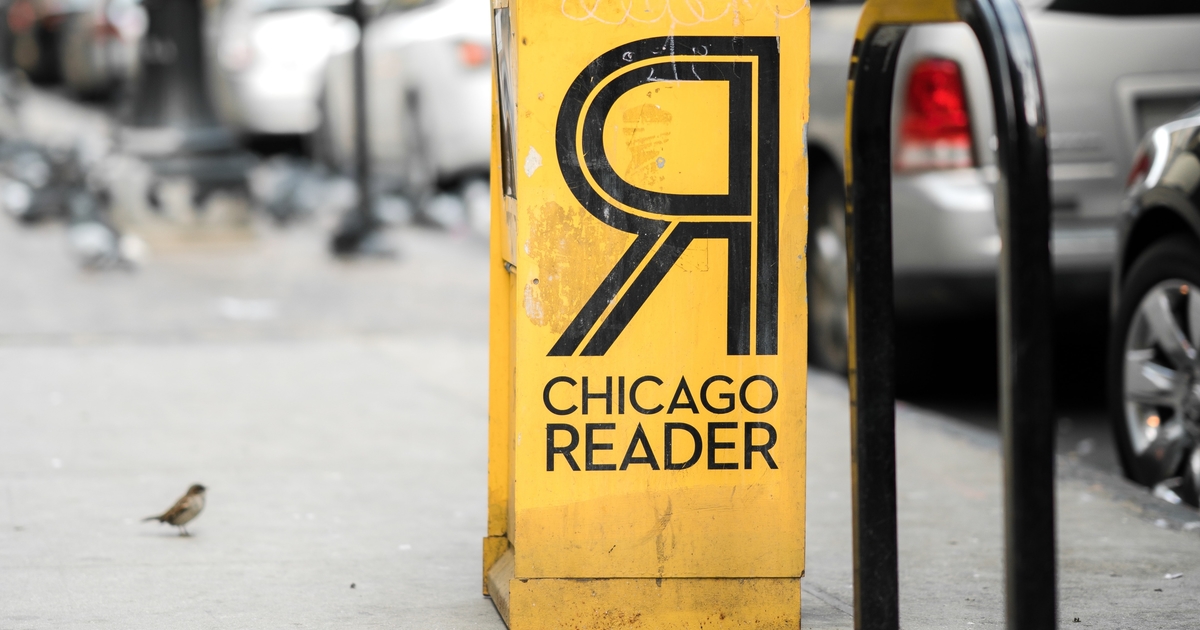 Four months into the impasse over the Chicago Reader’s transition to a nonprofit, the 50-year-old publication is running out of money.

The Reader has enough for this week’s payroll, maybe more if ad revenues are strong, said co-publisher Tracy Baim. The Reader must soon turn to co-owner Elzie Higginbottom for help.

“We’ve run through all our reserves over the last four months being in limbo,” she said. “We are doing the work, but the work needs to move to the nonprofit in order to be sustainable.”

The Reader began its transition from a low-profit limited liability company to a nonprofit two years ago in hopes of achieving a more stable ownership structure and financial footing. The publication changed hands multiple times in the past decade. Most recently, Higginbottom and fellow Chicago investor Leonard C. Goodman bought the Reader from the Chicago Sun-Times for $1 in 2018, assuming its debt.

But the stalemate unfolding at the publication has thrown its future into question. The issue traces back to a November column Goodman wrote titled “Vaxxing our kids,” which detailed his concerns over vaccinating his then-6-year-old against COVID-19.

Two members of the Reader’s board, Dorothy Leavell and Sladjana Vuckovic, raised concerns over what they viewed as potential censorship of the column. The Reader hired a fact-checker to review the piece after readers and staff members complained about the column post-publication.

Leavell and Vuckovic comprised a majority of the Reader’s board at the time. They approved a resolution requiring the Reader meet several demands before the transition to nonprofit status, which was expected to occur Dec. 31, 2021.

Despite several negotiating sessions, the transition has failed to move forward. The union representing Reader staffers is stepping up its action. Philip Montoro, chair of the publication’s union, and three other staff members wrote an editorial that was published in the Chicago Tribune last week asking Goodman to honor his word “and free the Reader.” Union members are planning a rally outside of Goodman’s Lakeview East home on Thursday morning.

Montoro, who has been with the Reader since the 1990s, told Crain’s that staffers are feeling fearful, angry and anxious. The Reader employs about 35 people full time, and their average salary is about $45,000, he said.

“People don’t have a big cushion. If Len Goodman and his antics end up meaning that we get the rug pulled out from under us, there are people who would’ve needed to start looking for new jobs months ago,” said Montoro, music editor at the Reader. “That’s a terrible position to be in. It’s an unconscionable position for a rich man to put us in.”

Goodman did not respond to requests for comment this afternoon, but told Crain’s in February that he still believes transitioning to a nonprofit promises the best outcomes for the Reader. He and Higginbottom have invested more than $2 million in the paper since they bought it.

Higginbottom said he is disappointed that the impasse has lasted this long, and it is “not my desire” to have to step in with additional funds to keep the Reader going. He said the situation has become “a lot more dire” than it was several months ago.

“I’m ready to transfer the title to the nonprofit,” he said. “I’d hate to see the Reader go completely out of business. My thing is, I don’t see why we don’t just transfer it to a not-for-profit.”

Representatives from both sides of the argument point to an issue regarding board members as the final sticking point.

Bob Reiter, president of the Chicago Federation of Labor who now sits on both the Reader’s nonprofit and for-profit boards, said Goodman’s request to nominate three additional members to the nonprofit’s board cannot be met. That would give him majority, and control of the nonprofit, Reiter said. Additionally, nonprofit board members are not appointed.

Vuckovic said her side of the aisle was “surprised and taken aback,” when Reiter was added to the board. Their hope is for the 11-person nonprofit board to be comprised of one neutral member, and five each whose viewpoints align with each co-owner.

The publication has adopted some of the demands required in the resolution to move forward with the transition, including adopting a mission statement denouncing censorship. Reiter said the Reader also left Goodman’s November column up, unchanged.

Board member Leavell, who is also publisher of weekly newspaper The Chicago Crusader, said she still has her concerns. Leavell has not been directly involved with recent negotiations between Higginbottom and Goodman, but said she has seen nothing to assuage the issues she first raised in December.

“For me, as a Black woman and a Black person, we have been censored all of our lives,” she said. “For me to sign on to censorship, it just goes against everything I believe in.”

Goodman is a lawyer who counts former Illinois Gov. Rod Blagojevich among past clients. Higginbottom, a real estate investor, bought his first building after seeing an ad in the Reader’s real estate section. He was also an investor in the Chicago Sun-Times, which recently became a nonprofit through an acquisition.

Gov. J.B. Pritzker on Wednesday signed into law legislation that bans so-called "ghost guns" across Illinois, making it the first Midwest state to do so. House Bill 4383 aims to crack down on "ghost … END_OF_DOCUMENT_TOKEN_TO_BE_REPLACED