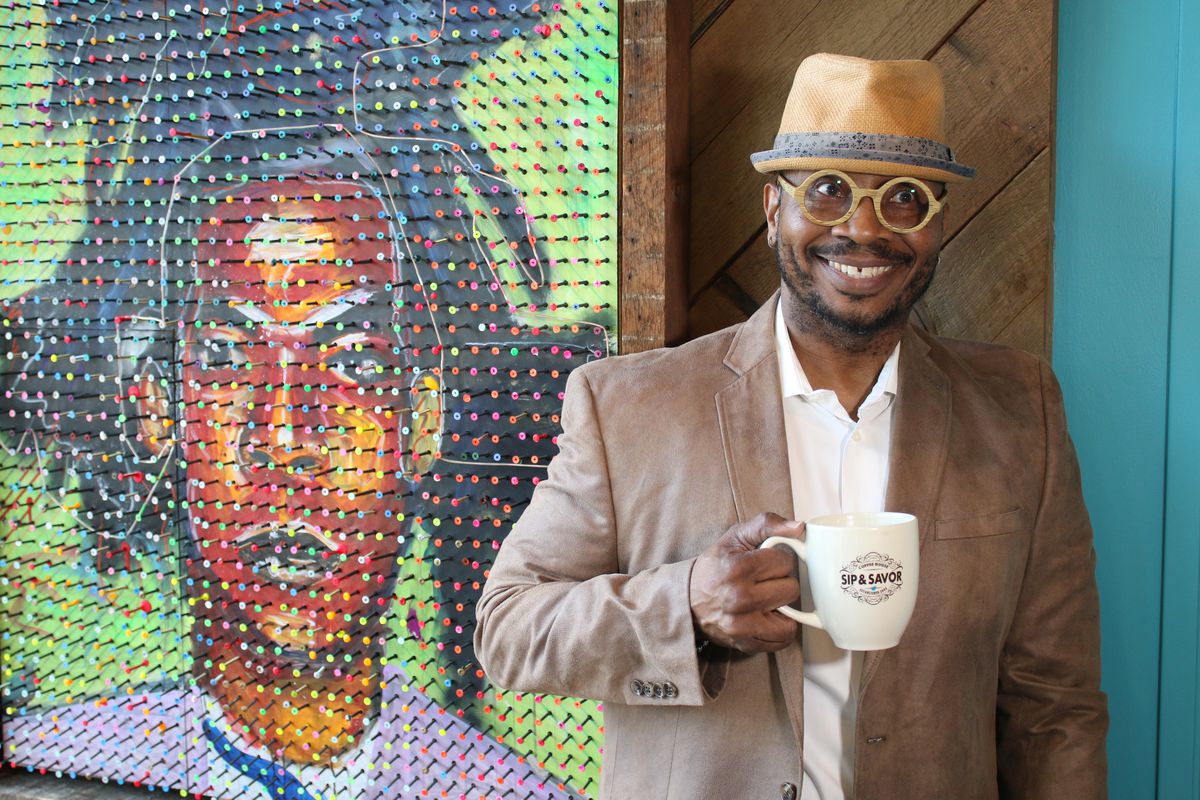 They will be opening Turner Haus Chicago in collaboration with local coffee shop chain Sip & Savor’s space (78 E. 47th St.) in the historic Rosenwald Court Apartments on the 4600 block of South Michigan Avenue by the end of the summer.

“We’re working on the specs now,” said Turner on Friday. He says the brewery’s beers, named after family matriarchs “Helen,” “Lola” and “Marlene,” among others, will be served on-tap. “Honestly, for the most part, it’s going to look exactly the same as it already does as far as the build out is concerned; the only difference is we’re just going to take over an area of [Sip & Savor’s] storage area.

Steven Turner is the co-owner of Turner Haus Brewery.Anthony Vazquez/Sun-Times

“We’re going to retrofit that area and make it where it can accommodate both our brewery operation, our brew system, and our fermentation area. Their cold storage and their dry storage will be separate.”

The impetus for the collaboration took place last year ahead of the COVID-19 pandemic shutting everything down.

Pugh suggested the idea of opening a microbrewery in one of his coffee shops.

“And after all was said, if we were able to do something like this, it would be something like nothing else that I know of. A coffee house and a microbrewery — two brothers doing it,” said Pugh. “[Turner] reached back out, and it all depends on who we have relationships with. I spoke to the alderman [Pat Dowell (3rd)], and she was all for it if we can make it work.”

Turner and Pugh are making things happen via their partnership, and they revel in the idea of continuing Bronzeville’s tradition of Black-owned businesses.

Earlier this week, in an unrelated project, the owners of Bronzeville Winery broke ground on their location in the 4400 block of South Cottage Grove Avenue’s 4400 Grove development.

“It’s really a blessing to be one of the pioneering businesses in the area, especially for us in our industry because there’s never been a brewery in Bronzeville — or at least this far south,” said Turner. “Maybe another brewery might want to come to the area? That’s one thing I love about the brewery business is each brewery helps the other because when you’re into beer the way that most beer enthusiasts are, you don’t just drink one beer at one tap room in one evening; you go to a couple of different tap rooms.”

“For me, it’s something that shows not only you, but other businesses if they can collaborate and do stuff together, they can share the risk,” said Pugh. “This can make it less risky for you to share costs that make it less expensive.”

Harmon finally adjourned the Senate with the prediction that a bill ultimately would pass. Environmental advocates and union representatives would meet "as soon as tonight" to continue to try to hash … END_OF_DOCUMENT_TOKEN_TO_BE_REPLACED

Who ever thought that we could transition so quickly from high to low inventory? Of course, there are still houses for sale. For instance, Winnetka currently has 46 listed homes, some of which … END_OF_DOCUMENT_TOKEN_TO_BE_REPLACED