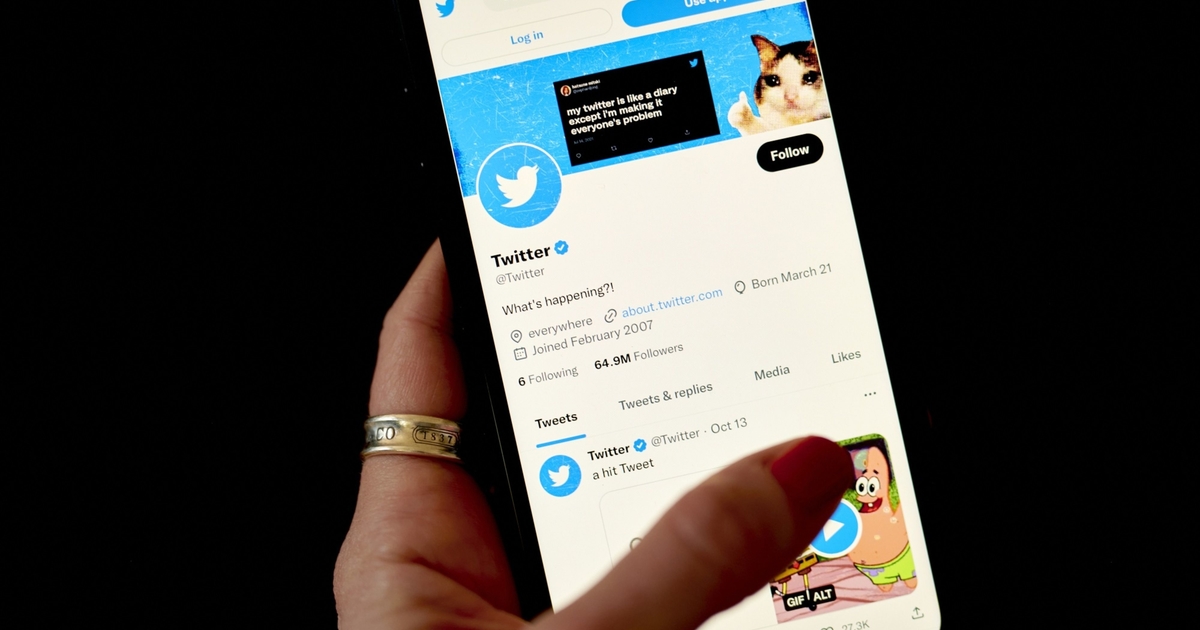 The company has also reinstated “official” badges for high-profile accounts, with the gray badge reappearing below the profiles of businesses and major media outlets Friday based on an internal approved list, according to the person. The identification marker was rolled out earlier this week before being scrapped.

“To combat impersonation, we’ve added an ‘Official’ label to some accounts,” Twitter Support tweeted on Friday.

Elon Musk tweeted the same day that all accounts engaged in parody must include “parody” in their name.

The world’s wealthiest man, who acquired Twitter last month for $44 billion, is facing a slew of challenges as top advertisers pull back from the platform amid concern over the company’s ability to tackle impostors and hate speech. Musk, who has also seen resignations among his leadership team, said this week in his first address to employees that the company could face bankruptcy, Bloomberg News previously reported.

Advocates staged a tent city in the lobby of City Hall during Mayor Lori Lightfoot's budget address on Monday, Oct. 3, 2022, calling on Chicago to provide a dedicated stream of funding to tackle the … END_OF_DOCUMENT_TOKEN_TO_BE_REPLACED

The candidates face off Dec. 6 in the final Senate contest of the 2022 midterms because neither surpassed 50% of the vote in the general election a little more than two weeks ago, which included a … END_OF_DOCUMENT_TOKEN_TO_BE_REPLACED