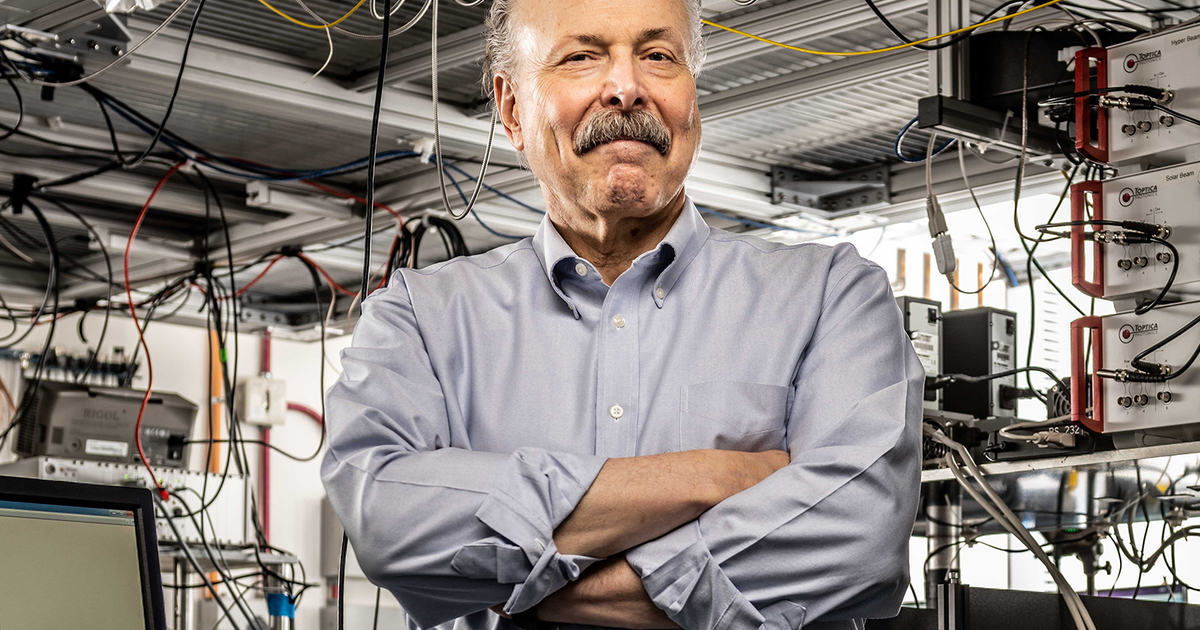 University of Chicago researchers say they’ve made a breakthrough that might help bring quantum computing closer to reality.

Researchers achieved a record time for memory, or “coherence,” in quantum bits, or qubits, of more than 5 seconds. “Five seconds is long enough to send a light-speed signal to the moon and back,” says David Awschalom, a U of C researcher who leads the Chicago Quantum Exchange, an academic and corporate research consortium.

Researchers at U of C and elsewhere are trying to harness quantum mechanics—which involves manipulating particles at atomic and subatomic levels—for the next generation of computing. One of the challenges is that particles maintain their quantum states, and their ability to store information, only briefly.

Making the leap from milliseconds to seconds, as U of C researchers did, allows many thousands more operations to be performed with the qubit. That’s key toward fulfilling the long-term promise of quantum communication and computing, which means faster, more secure computing with exponentially greater processing capacity.

Awschalom likens it to a window. “If you only opened a window for only a few seconds, you wouldn’t see much,” he says. “But if you open it for a half-hour, you see a lot of things.”

What’s particularly interesting about U of C’s approach is it made its qubits—the quantum version of a bit used to store information, which is the basic building block of computing—out of silicon carbide, a material found in electronic products as well as electric car batteries. In theory, it means the qubits can be controlled and produced using the existing computing and electronics infrastructure and concepts.

“If you can put quantum properties in run-of-the mill industrial materials, that provides the most likely pathway for scaling the technology,” says Thaddeus Ladd, a quantum researcher at HRL Laboratories in Malibu, Calif., which is a partner in the federally funded quantum research center, Q-Next, run by Argonne National Laboratory. “It’s a big deal if you’re imagining one day there will be quantum memory in chip-scale optical devices.”

U of C’s findings were reported today in the scientific journal, Science Advances. The discovery was “a big surprise,” Awschalom says. U of C researchers have been experimenting with silicon carbide for about a decade. The next step, Awschalom says, is “talking to our industrial collaborators to understand what you need to create integrated quantum technologies—to figure out how to use optical circuits to connect these quantum states and make them last longer.”

CHICAGO (CBS) -- Chicago Police are looking for a man who tried to kidnap a woman in the city's West Loop but was thwarted by some good Samaritans. This is at least the second time this has happened … END_OF_DOCUMENT_TOKEN_TO_BE_REPLACED

Illinois homes sold somewhat faster in August 2022 than in the year prior, even as median prices rose statewide, according to new data from Illinois REALTORS®. Though statewide home sales were down … END_OF_DOCUMENT_TOKEN_TO_BE_REPLACED

“I’m not one to really tell people what to do,” said Kennedy, 35, who lives in Milwaukee and works in software sales. But if a friend tried to order a delta-8 drink, “I would tell them, ‘Absolutely … END_OF_DOCUMENT_TOKEN_TO_BE_REPLACED