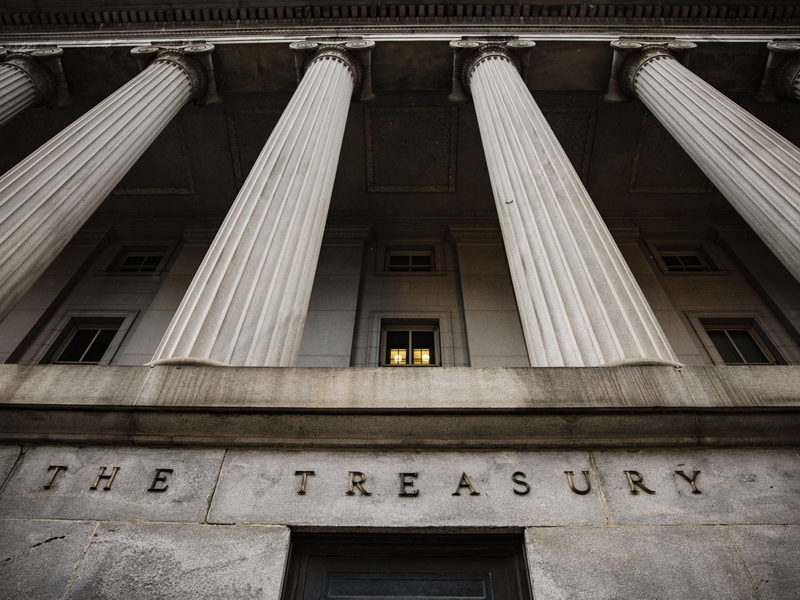 (Bloomberg) — The U.S. Treasury Department stuck by its rule that states and cities can’t use pandemic relief aid to pay down debt.

On Thursday, the Treasury released its final rule detailing how municipalities can use some $350 billion of aid from the Biden administration’s American Rescue Plan. The rule bars governments from using the funds to pay debt service, one of several restrictions that the Treasury has put on the money.

A bevy of governments like Illinois had asked the Treasury to relax that restriction, arguing that they needed to take on debt when the pandemic upended their finances in 2020.

The Treasury has emphasized that the lifeline to states, cities, counties and other governments is intended to help them rebuild their workforces, maintain government services and aid in the U.S. economic recovery.

The final rule also bars governments from using the aid to replenish rainy day funds and to pay off legal settlements.

“First, debt service and reserve replenishment costs do not constitute the provision of services to constituents,” the Treasury’s final rule says. “As noted in the interim final rule, financing expenses – such as issuance of debt or payment of debt service – do not provide services or aid to citizens.”

Here is a new way you can watch local news, 24 hours a day, seven days a week – for free!  NBC 5 has launched NBC Chicago News on Peacock. Here, you will see around-the-clock local news coverage. … END_OF_DOCUMENT_TOKEN_TO_BE_REPLACED

Proper Rate, the joint venture by Guaranteed Rate and @properties, has named Rich Honquest as a new vice president of mortgage lending. In the position, Honquest will be originating loans in the … END_OF_DOCUMENT_TOKEN_TO_BE_REPLACED

Tuition for out-of-state and international freshmen will increase by 2.5% in Urbana-Champaign, 1.8% in Chicago and 1.5% in Springfield. Tuition at U of I was previously frozen from 2015-2019 and in … END_OF_DOCUMENT_TOKEN_TO_BE_REPLACED