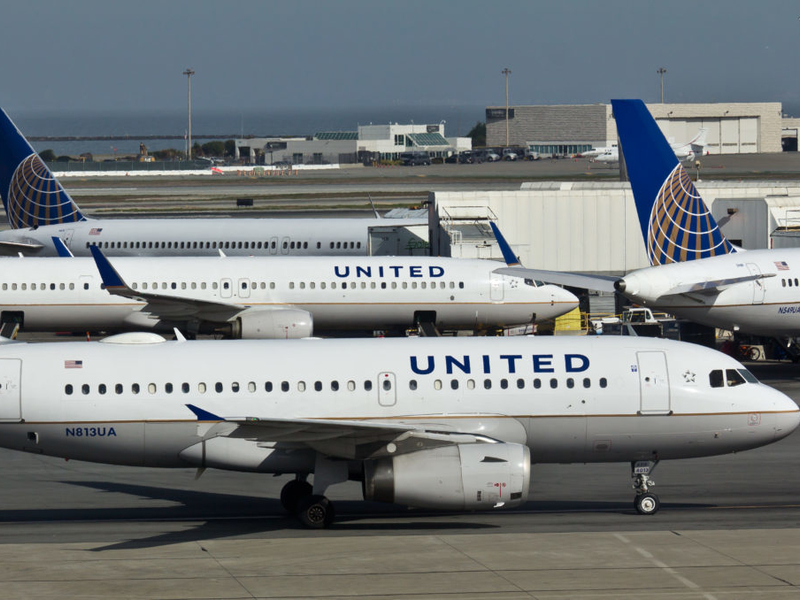 In the short term, JetBlue’s lower cost structure would give American a leg up in competing for price-sensitive leisure travelers on routes from Newark to Fort Lauderdale, Fla., and from New York to Miami. Air travel is skewing toward leisure customers as businesses remain grounded by COVID-19.

“Beyond a doubt, if (the joint venture) doesn’t go through, it helps United,” says George Ferguson, an analyst for Bloomberg Intelligence. “United has to be ready to fight the leisure game, and not having the combination helps them because JetBlue can deliver seats at lower fares.”

United declined to comment on the suit, which was filed Sept. 21.

American, the second-largest carrier at Chicago’s O’Hare International Airport, said in a statement: “We look forward to vigorously rebutting the DOJ’s claims and proving the many benefits the Northeast Alliance brings to consumers.”

American and JetBlue say the partnership allowed them to increase capacity faster in New York and Boston. “(It) is working exactly as it was intended—helping both American and JetBlue more quickly recover from the devastating impact of the pandemic and grow in a highly competitive market traditionally dominated by Delta and United.”

Among the routes with the heaviest overlap, cited by the DOJ, are Boston to Chicago, where American and JetBlue would have 48% of the market. With JetBlue’s 55 flights, the two carriers operated 245 flights in September, eclipsing United’s 200 flights, according to Cirium, an aviation-data provider.

The DOJ also noted in its lawsuit that JetBlue and American have 36% of the flights from New York’s LaGuardia and JFK airports to Chicago. United recently returned to JFK with flights to San Francisco and Los Angeles.

American says the joint venture enabled it to increase capacity from New York by 18 percentage points, compared with pre-pandemic schedules, “growth that we could not have achieved profitably alone.”

United serves the New York market mostly from Newark, where JetBlue doubled its flights in September from pre-pandemic levels. Even with the new flights, its schedule is less than a quarter of United’s.

“Code shares make it easier to fill an aircraft to make money, and the joint venture with JetBlue increases ability of American to compete at slot-constrained airports,” says Morningstar analyst Burkett Huey.

JetBlue, which previously operated domestic flights and some service to the Caribbean and Latin America, recently launched service from New York to London, a key United market.

“United wants to compete in premium international business travel,” Huey says. “The centerpiece for that is New York and London. Any entry of a new competitor is a bad thing.”

Although the DOJ’s opposition to its rivals’ joint venture potentially helps United, the Chicago-based carrier also could suffer from the Biden administration’s renewed focus on airline competition. The Department of Transportation plans to issue 16 daily takeoff and landing times during peak periods at Newark to a discount carrier, a move likely to boost price competition at a key United hub.

United gave up the 16 slots to Southwest Airlines to win approval for its 2010 merger with Continental Airlines. When Southwest later pulled out of Newark, the FAA planned to retire the slots. But discount carrier Spirit Airlines sued, and a federal appeals court ordered the FAA to reconsider.

“We continue to believe that adding even more flights out of Newark—at a time when (it) remains the most-delayed airport in the country—is bad for the flying public,” United said in a statement.

Competition in the U.S. airline industry had largely been in a holding pattern since American merged with US Airways in 2013, reducing the number of traditional full-service carriers to just three. The Justice Department’s opposition to the joint venture between American and JetBlue caught many by surprise. Noting that JetBlue offers both business class and coach service, the department called the carrier a “uniquely disruptive competitor” at risk of being reined in by the joint venture.

“It’s nice to see they’re making arguments about mergers they should have been making a decade ago,” says Darren Bush, a professor at the University of Houston Law Center who opposed the last round of mergers. “After letting all the horses out of the barn, the DOJ has warned the remaining horses to stay there.”

Chicago Shooting News Live: A gunman on a rooftop opened fire on an Independence Day parade in suburban Chicago on Monday, killing at least six people, wounding at least 30 and sending hundreds of … END_OF_DOCUMENT_TOKEN_TO_BE_REPLACED

The real estate industry is beyond crowded — it seems like agents are popping up everywhere and taking aim at your clients. So, how can you cut through all that noise to stand out? You’ve got to … END_OF_DOCUMENT_TOKEN_TO_BE_REPLACED

Chicago Mayor Lori Lightfoot confirmed to the New York Times that the Chicago Police Department is assisting in the response and investigation.  “Law enforcement is working hard to bring the shooter … END_OF_DOCUMENT_TOKEN_TO_BE_REPLACED