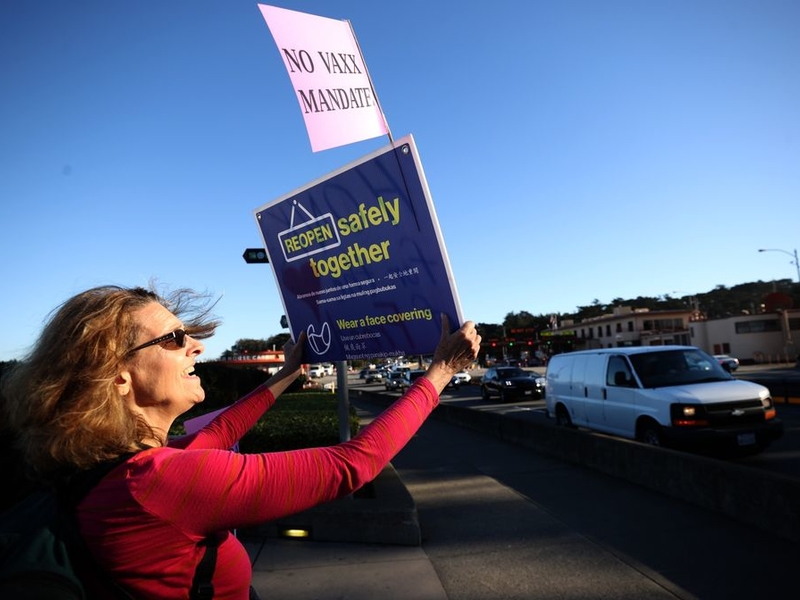 The Covid-19 pandemic has been wrenching, in other words, and why move backward by blocking practical tools that can stem its proliferation? “The costs of delaying implementation” of mandates “are comparatively high” the court added. “The harm to the Government and the public interest outweighs any irreparable injury to the individual Petitioners who may be subject to a vaccination policy.”

Businesses and individuals opposed to federal mandates have framed their stance as a principled, don’t-tread-on-me battle for personal freedom against a heavy-handed government. They have also argued that the Occupational Safety and Health Administration overstepped its regulatory authority by issuing an emergency order requiring companies with 100 or more employees to enforce the federal mandates. Nonsense, the Sixth Circuit said. The common good transcends the need for any person or company to fly solo during a national emergency.

This won’t end the disagreement, of course. Opponents appealed the Sixth Circuit’s ruling, and the dispute will now find its way to the Supreme Court. The nation’s highest court has thus far ruled in favor of state and local mandates, but it’s uncertain how a conservative court predisposed to decentralizing public power will view federal mandates. It would also be useful if the court clarified what constitutes a national emergency because disputes about whether Covid-19 is a true crisis has provided ballast to some of the loonier legal challenges to mandates.

Meanwhile, people continue to get sick, overwhelm hospitals and sometimes die. The omicron variant has started to rip through offices and homes, reminding anti-vaxxers and libertarians that Mother Nature will have her way whether they like it or not. Perhaps omicron will also lift the scales from the eyes of judges on the Fifth Circuit, the federal appeals court in Louisiana.

That court stayed Biden’s mandates, ruling last month that OSHA’s guidelines presented “grave statutory and constitutional issues.” Business owners, states and a handful of workers who petitioned the Fifth Circuit said OSHA was unfairly and illegally meddling in their private affairs. They also claimed that no one had the authority to set national health guidelines and that hazards extending beyond the workplace, such as Covid-19, cannot be regulated in the workplace.

The petitioners also argued that the federal government had no reason to deploy its emergency powers through a mandate because the pandemic is not an emergency — it had lasted nearly two years, after all, and had grown long in the tooth. The Fifth Circuit seemed convinced by that sophistry, which predated omicron’s arrival in the U.S. Now that it’s here, I wonder if the judges and petitioners in Louisiana have a different understanding of what an “emergency” is and how long it can last.

In any event, the Sixth Circuit, which was selected by lottery to hear the consolidated challenges to mandates, overruled the Fifth Circuit. Now it will be up to the Supreme Court to settle the matter. And as the U.S. takes its time getting comfortable with mandates, some practicalities are falling by the wayside. The Labor Department, which oversees OSHA, has extended its deadline for imposing the federal mandates to Feb. 9 from Jan. 4; legal fisticuffs around the mandates had caused confusion in workplaces, prompting the delay.

More troubling, as a recent New York Times analysis shows, government vaccine mandates have been expanding nationally but are not producing a significant boost in state and local vaccination rates. Perhaps that’s because penalties aren’t being enforced where mandates exist, but I don’t know. The Times reported that mandates exist in states with already high vaccination rates, so it was possibly difficult to find room for improvement. Mandates may also have lost some of their punch because, the Times observed, “vaccine hesitancy and refusal have been reinforced over time.”

Here is a new way you can watch local news, 24 hours a day, seven days a week – for free!  NBC 5 has launched NBC Chicago News on Peacock. Here, you will see around-the-clock local news coverage. … END_OF_DOCUMENT_TOKEN_TO_BE_REPLACED

Proper Rate, the joint venture by Guaranteed Rate and @properties, has named Rich Honquest as a new vice president of mortgage lending. In the position, Honquest will be originating loans in the … END_OF_DOCUMENT_TOKEN_TO_BE_REPLACED

Tuition for out-of-state and international freshmen will increase by 2.5% in Urbana-Champaign, 1.8% in Chicago and 1.5% in Springfield. Tuition at U of I was previously frozen from 2015-2019 and in … END_OF_DOCUMENT_TOKEN_TO_BE_REPLACED