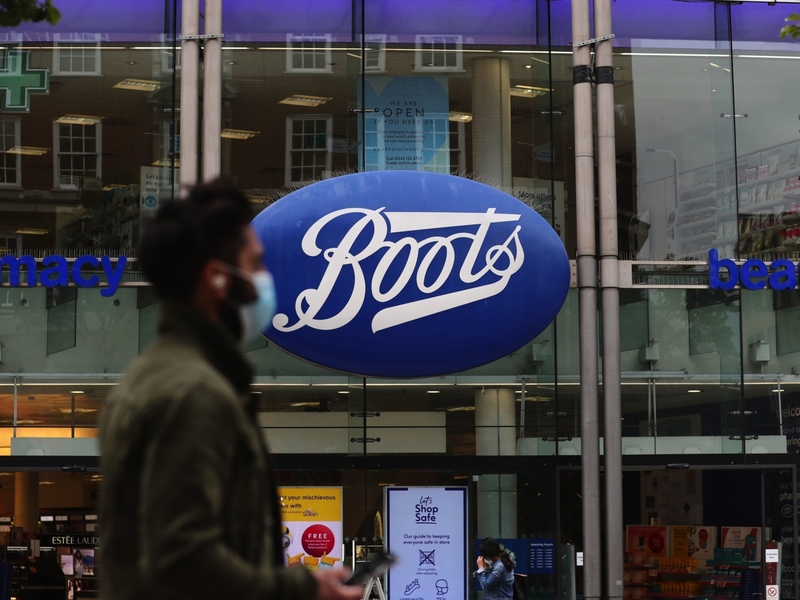 Shares of the company rose as much as 4.2% on Friday in New York after Sky News reported on the review process.

Walgreens has been shifting toward expanding into other health-care businesses in recent months, as drugstores face increased competitive pressure from Amazon.com Inc and other online retailers. In October, it agreed to invest $5.2 billion in primary-care provider VillageMD, doubling its stake in the company.

“Walgreens Boots Alliance does not comment on market speculation and Boots is an important part of the Group,” the company said in a statement. “However, it is accurate that WBA announced a renewed set of priorities and strategic direction for the Group in October, which includes a more pointed focus on North America and on health care.”

Pessina, 80, remains the company’s chairman and largest shareholder, though he handed the reins this year to new Chief Executive Officer Roz Brewer. As recently as 2019, Pessina had been reviewing a potential deal with a financial adviser to take the company private amid buyout interest.

Representatives of the Black and Latino City Council caucuses will meet behind closed doors at City Hall at 10 a.m. Sunday in an attempt to break the monthslong deadlock over the ward map that will … END_OF_DOCUMENT_TOKEN_TO_BE_REPLACED

CHICAGO (AP) — A man and teen were ordered held without bond Thursday in the shooting death of an 8-year-old Chicago girl, who was walking and holding her mother’s hand when she was shot in the head … END_OF_DOCUMENT_TOKEN_TO_BE_REPLACED