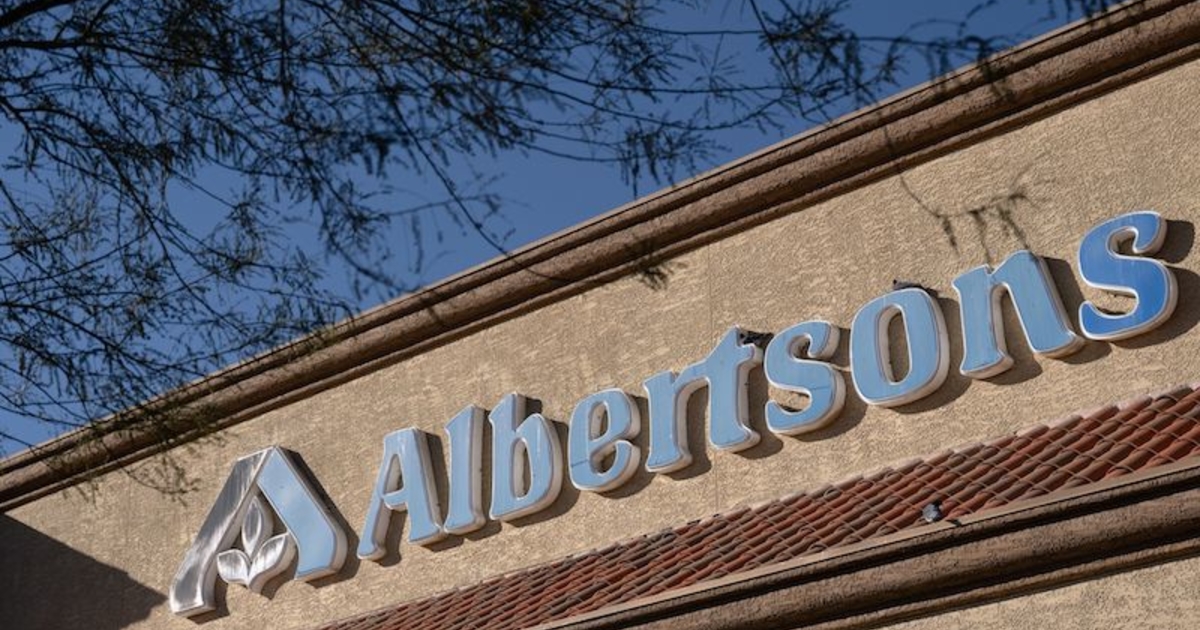 “Paying out $4 billion before regulators can do their job and review the proposed merger will weaken Albertsons’ ability to continue business operations and compete,” Ferguson said.

Albertsons had announced the dividend after agreeing to merge with Kroger in a deal valued at $24.6 billion. In an Oct. 28 letter reviewed by Bloomberg, the grocery-store chain told several attorneys general, including Ferguson, that the payment is independent of the merger and part of a plan to return capital to shareholders. The deal is expected to close in early 2024.

Spokespeople for Albertsons and Kroger didn’t immediately respond to requests for comment.

Making payments to the tune of $4 billion, through cash on hand and loans, “will cripple Albertsons’ ability to operate its stores and meaningfully compete with Kroger during the time before the deal closes and leave it in a weakened state if the deal subsequently falls apart,” Washington state said in the lawsuit.

The $4 billion “special cash dividend” amounts to “a windfall” to a consortium of private equity firms that back Albertsons, the state said.

“Decreased liquidity thus has the potential to do things like reduce Albertsons’ ability to purchase inventory, such as baby formula, and stock its retail store shelves for consumers who need it to sustain lives of infants,” the state said. That could also lead to layoffs, the state said.

Last week, Ferguson, Washington DC Attorney General Karl Racine and attorneys general from Arizona, California, Idaho and Illinois urged Albertsons in a letter to hold off on the dividend while they review the pending merger, saying it could be a “massive improper giveaway to certain shareholders.”

The grocery chain rejected the attorneys general’s request in the Oct. 28 letter.

Canceling the dividend “would expose Albertsons to significant legal and financial liability” as trading in the stock ex-dividend is ongoing and “investors of all sorts are acting in reliance” on the plans, the company wrote. “Accordingly, Albertsons cannot comply with the states’ request to delay payment of the special dividend.”

CHICAGO — A Chicago man faces criminal charges in the riot at the US Capitol nearly two years ago.  Federal authorities say James McNamara was identified as the suspect seen repeatedly ramming the … END_OF_DOCUMENT_TOKEN_TO_BE_REPLACED

Other provisions would loosen the definition of an EV worker and appear to be aimed at existing automakers in Illinois, especially Stellantis and Ford. They have huge conventional auto assembly plants … END_OF_DOCUMENT_TOKEN_TO_BE_REPLACED