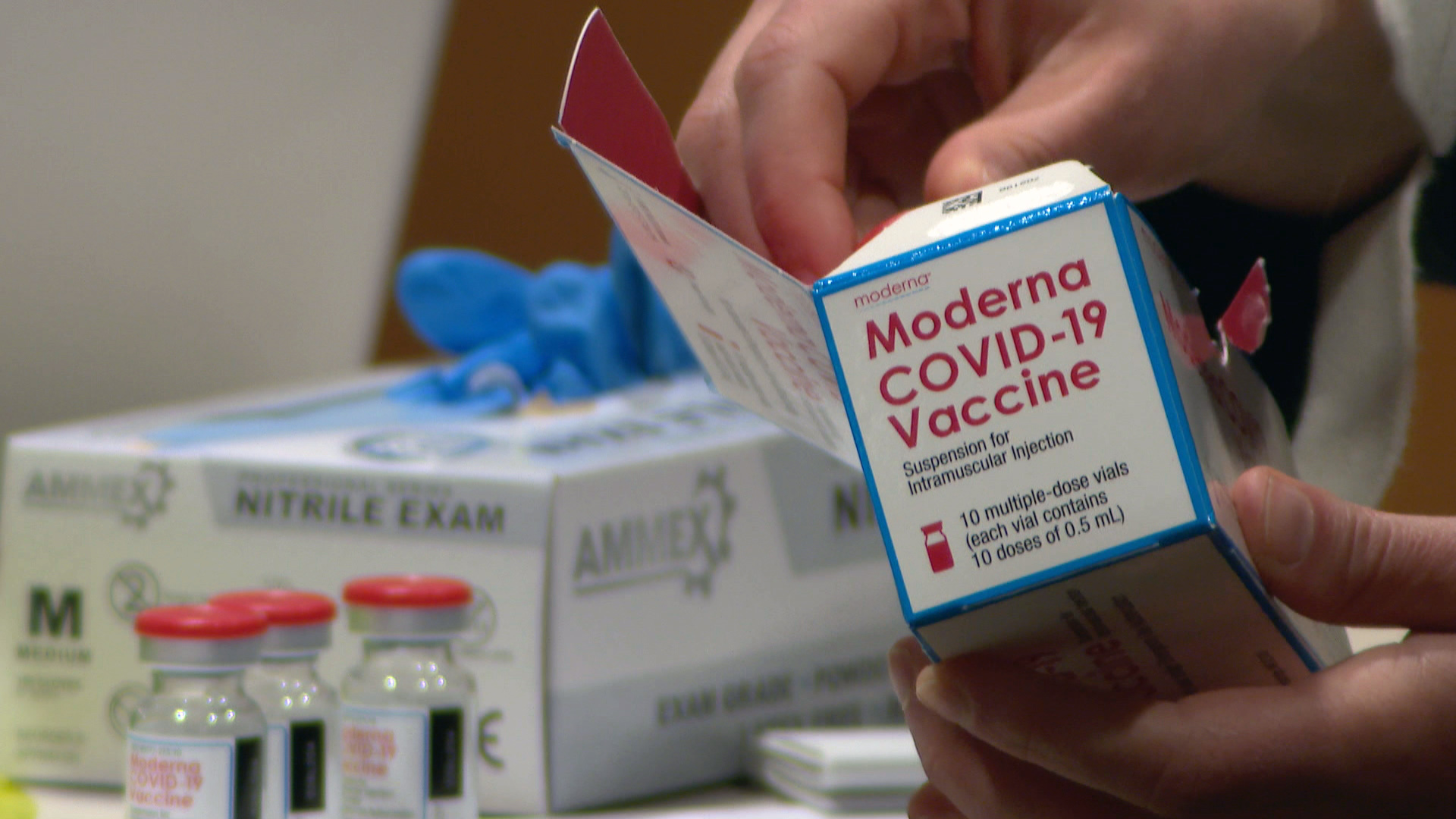 
All Chicago residents older than age 16 are now eligible for the COVID-19 vaccine, joining the rest of Illinois and the United States.

President Joe Biden announced the federal government would make all adults eligible for the COVID-19 vaccine no later than Monday.

Supplies of the Moderna and Pfizer vaccine are still limited, and officials have said there may not immediately be enough doses for everyone who wants the COVID-19 vaccine.

It is not clear when federal officials will complete that review, but it will last at least until Wednesday.

The pause in the use of the Johnson & Johnson vaccine forced Chicago to switch from the one-dose vaccine at the Chicago State University mass vaccination site to the two-dose Pfizer vaccine on Wednesday.

In addition, Chicago officials began using the Pfizer vaccine to inoculate homebound Chicagoans on Friday, according to a statement from the Chicago Department of Public Health.

The city’s effort to vaccinate church members across the city will use the Pfizer vaccine.

The United Center mass vaccination site, which had planned to switch to the Johnson & Johnson vaccine, will continue to offer Pfizer, and officials reopened appointments for the site on Friday.

However, events with the Illinois Restaurant Association are on hold until April 26, officials said.

The city’s mass vaccination site at O’Hare Airport that had administered the Johnson & Johnson vaccine will not re-open, and those with appointments for that site will be rescheduled for appointments at Wright College or the United Center.

A joint effort by the Chicago Department of Public Health and the CTA to offer mobile vaccinations via a bus will remain on hiatus, officials said.

City officials announced Friday afternoon they would operate a vaccination clinic at Loretto Hospital starting on Tuesday for residents of the Austin neighborhood. The clinic will serve only Austin residents and will operate from noon to 6 p.m. Mondays, Wednesdays and Fridays and from 9 a.m. to 3 p.m. Saturdays, officials said.

City officials stopped sending vaccine supplies to Loretto on March 18 after allegations that doses were diverted to friends of the hospital’s administrators and powerful officials.

For information about suburban Cook County COVID-19 vaccinations, including how to register for an appointment, visit vaccine.cookcountyil.gov or call 833-308-1988, which operates 7 a.m.-10 p.m. Monday through Friday and 8 a.m.-10 p.m. Saturday.

Information about Chicago vaccinations is available at chicago.gov/covidvax or by calling 312-746-4835.

CHICAGO — The City Council on Monday delayed a vote on Mayor Lightfoot’s curfew change — but a group of young residents are urging members to vote no. The young adults are part of the racial … END_OF_DOCUMENT_TOKEN_TO_BE_REPLACED

The fire at the former Pheasant Run Resort, 4051 E. Main St., broke out Saturday afternoon, sending huge plumes of smoke into the sky surrounding the closed resort and drawing dozens of onlookers who … END_OF_DOCUMENT_TOKEN_TO_BE_REPLACED

As the 2022 political season gets into full swing, one of the most intriguing candidates for elected office is Herschel Walker. The star running back with the University of Georgia and Dallas Cowboys … END_OF_DOCUMENT_TOKEN_TO_BE_REPLACED