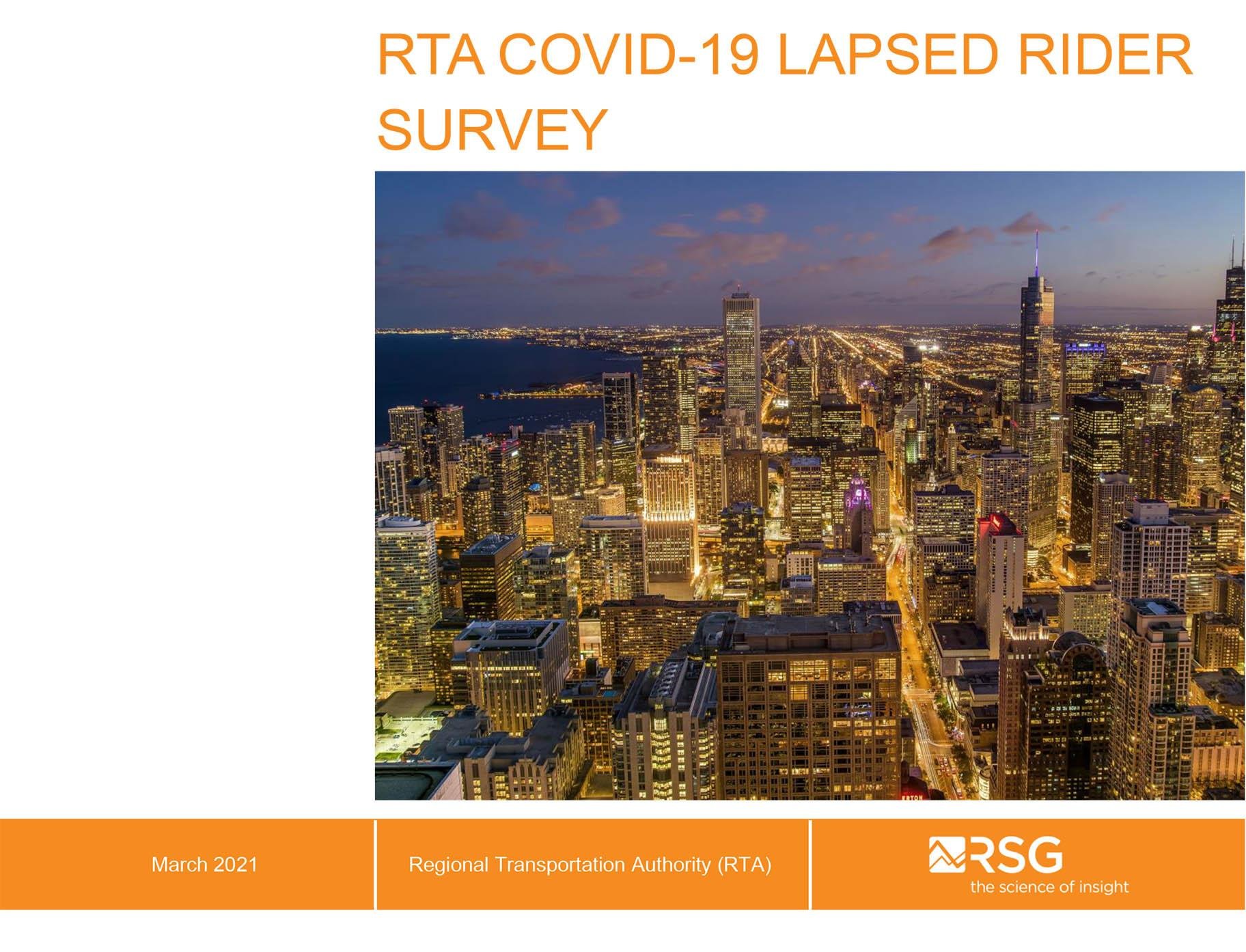 
People who have stayed away from public transit because of the coronavirus pandemic—so-called lapsed riders—expect to return to buses and trains, but the shift toward working from home is likely to change when, why and how often people ride.

That’s according to a survey of 5,637 current and lapsed riders by the Regional Transportation Authority, which oversees the CTA, Metra and Pace.

Among people who weren’t taking transit at the time of the survey, only 80% said they expect to “fully” return after COVID-19 health concerns are no longer dominant. The RTA report says the “lingering impact of telecommuting” is likely to change how often people take transit and why they ride, meaning rush hours may not return to pre-pandemic peaks.

Despite that potential shift in transit patterns, RTA Executive Director Leanne Redden says the response from lapsed riders is still hopeful news for CTA, Metra and Pace, and that having the survey’s wealth of data will be a valuable tool as they plot a path to recovery.

“Eighty percent of riders are expecting to return to their pre-pandemic, pre-COVID level use of transit—I think that’s a really good response. … We knew people would come back, we just didn’t really have a good number around that,” Redden said. “It narrows down the universe of the people we need to think about, and the responses … to grow that number and make sure we can get back as many people as we can.”

The survey was conducted in two waves, with information gathered in November 2020 and January 2021, and paints a picture of what current and lapsed riders want to see from public transportation. Ventilation, cleaning and other health and safety measures rank high. So too do some pre-pandemic priorities, such as increased speed and reliability; better connections among CTA, Metra, and Pace; improved suburb-to-suburb service; and better access to so-called “shared mobility” options like Divvy bikes and e-scooter rentals.

“They’re not asking for major changes,” said Jessica Hector-Hsu, RTA’s director of planning and market development. “They’re asking for us to make their lives a little bit easier.”

The survey results also confirmed that people who still rely on public transit are disproportionately low-income, essential workers and/or Black or Latino. Redden says the results highlight just how critical transit is to the Chicago area.

“Even though we’ve lost a good chunk of ridership across the operators during the pandemic … we still were providing close to half a million rides every weekday,” she said.

The survey also found that people who avoided transit were more likely to skip the trip altogether, rather than replace a transit ride with car travel. And results from the January wave of the survey showed that the future of working from home is still in flux.

“There was some variance between specific industries, but overall it seems like as vaccines are becoming more available … the anticipated future rates of telecommuting have reduced a little bit from the first wave of the survey,” said Hersh Singh, the RTA’s principal analyst. “However, it’s important to take into account that future rates of telecommuting will likely be higher than they were pre-pandemic.” 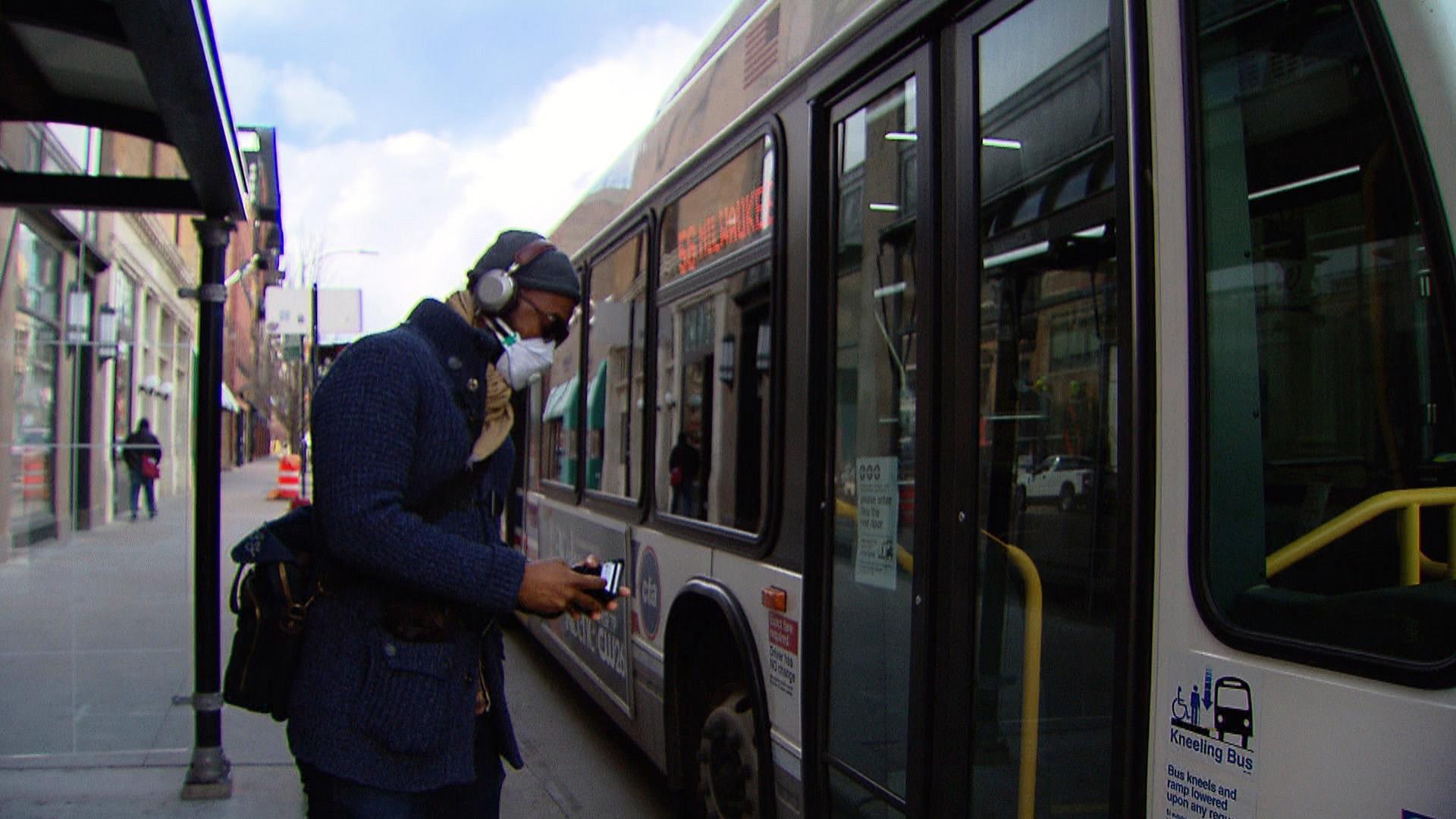 Redden says with federal stimulus cash making up for lost revenue from fares and better-than-expected sales tax receipts, Chicago’s three transit agencies can start moving beyond the immediate COVID-19 budget crisis into planning for a hopeful recovery in the coming years. While the RTA’s report doesn’t contain specific policy recommendations, Redden says it’s a valuable tool for making decisions based on data.

“Because of that flexibility in people’s schedules, they might be traveling throughout the day on a more consistent basis. And so, do we have to think about tweaking or modifying schedules going forward?” Redden said. “Transit ridership may flatten out in those peak windows, but that doesn’t mean that transit goes away.”

CHICAGO — The City Council on Monday delayed a vote on Mayor Lightfoot’s curfew change — but a group of young residents are urging members to vote no. The young adults are part of the racial … END_OF_DOCUMENT_TOKEN_TO_BE_REPLACED

The fire at the former Pheasant Run Resort, 4051 E. Main St., broke out Saturday afternoon, sending huge plumes of smoke into the sky surrounding the closed resort and drawing dozens of onlookers who … END_OF_DOCUMENT_TOKEN_TO_BE_REPLACED

As the 2022 political season gets into full swing, one of the most intriguing candidates for elected office is Herschel Walker. The star running back with the University of Georgia and Dallas Cowboys … END_OF_DOCUMENT_TOKEN_TO_BE_REPLACED