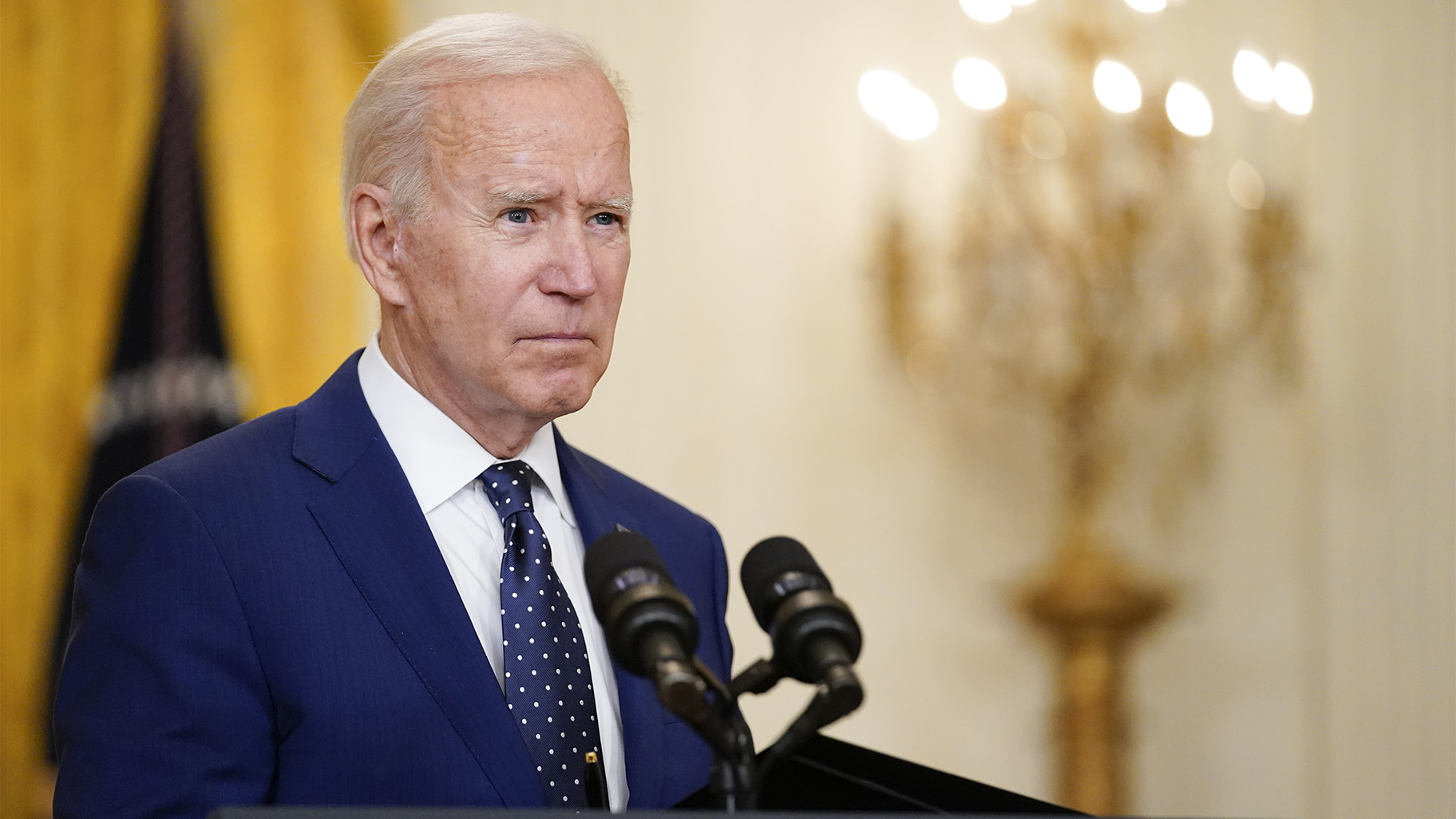 
WASHINGTON (AP) — The Biden administration announced Thursday the U.S. is expelling 10 Russian diplomats and imposing sanctions against dozens of companies and other people, holding the Kremlin accountable for interference in last year’s presidential election and the hacking of federal agencies.

The sweeping measures are meant to punish Russia for actions that U.S. officials say cut to the core of American democracy and to deter future acts by imposing economic costs on Moscow, including by targeting its ability to borrow money. The sanctions are certain to exacerbate tensions with Russia, which promised a response, even as President Joe Biden said the administration could have taken even more punitive measures but chose not to in the interests of maintaining stability.

“We cannot allow a foreign power to interfere in our democratic process with impunity,” Biden said at the White House.

Sanctions against six Russian companies that support the country’s cyber efforts represent the first retaliatory measures against the Kremlin for the hack familiarly known as the SolarWinds breach, with the U.S. explicitly linking the intrusion to the SVR, a Russian intelligence agency. Though such intelligence-gathering missions are not uncommon, officials said they were determined to respond because of the operation’s broad scope and the high cost of the intrusion on private companies.

The U.S. also announced as part of the same executive order sanctions on 32 individuals and entities accused of attempting to interfere in last year’s presidential election, including by spreading disinformation. U.S. officials alleged in a declassified report last month that Russian President Vladimir Putin authorized influence operations to help Donald Trump in his unsuccessful bid for reelection as president, though there’s no evidence Russia or anyone else changed votes.

The actions, foreshadowed by the administration for weeks, signal a harder line against Putin, whom Trump was reluctant to criticize even as his administration pursued sanctions against Moscow. They are the administration’s second major foreign policy move in two days, following the announcement of troop withdrawals from Afghanistan. Until now, Biden has largely focused on the coronavirus pandemic and economy in his first months in office.

Biden said Thursday that when he advised Putin days earlier of the forthcoming measures — which included expulsion of the 10 diplomats, some of them representatives of Russian intelligence services — he told the Russian leader “that we could have gone further but that we chose not to do so.”

“We want,” he said, “a stable, predictable relationship.”

Even so, Russian officials spoke of a swift response, with Deputy Foreign Minister Sergei Ryabkov warning that “a series of retaliatory measures will come in the nearest time.”

Other American measures are expected as well, though the administration is not likely to announce them. Officials have been advising that their response to Russia would be in ways both seen and unseen.

The sanctions announced Thursday are the latest in a series of actions that successive presidential administrations have taken to counter Russian behavior seen as antagonistic. It is unclear whether the new U.S. actions will result in changed behavior, especially since past measures by the U.S. — both Trump and Barack Obama expelled individual diplomats during their presidencies — have failed to bring an end to Russian hacking.

But experts suggest this latest round, even while not guaranteed to curb cyberattacks, might have more resonance because of its financial impact: The order makes it more difficult for Russia to borrow money by barring U.S. banks from buying Russian bonds directly from the Russian Central Bank, Russian National Wealth Fund and Finance Ministry. It could complicate Russian efforts to raise capital and give companies pause about doing business in Russia.

The impact of the sanctions and the U.S. willingness to impose costs will be weighed by Putin as he evaluates his next steps, though he is unlikely to make “a 180” degree pivot in his behavior, said Daniel Fried, a former assistant secretary of state for European and Eurasian Affairs.

“The issue is, how can we push back against Putin’s aggression, while at the same time keeping open channels of communication and continuing to cooperate with Russia in areas of mutual interest,” Fried said. “And it seems to me the Biden administration has done a pretty good job framing up the relationship in exactly this way.”

Eric Lorber, a former Treasury Department official, said the administration, is “surely trying to balance putting pressure on Russia, pushing back on Russia, while at the same time, not engaging in full-fledged economic warfare.”

The White House did not impose sanctions related to separate reports that Russia encouraged the Taliban to attack U.S. and allied troops in Afghanistan, saying instead that Biden was using diplomatic, military and intelligence channels to respond.

Reports of alleged “bounties” surfaced last year, with the Trump administration coming under fire for not raising the issue directly with Russia. Administration officials said Thursday they had only low to moderate confidence in that intelligence, in part because of the ways in which the information was obtained.

Among the companies sanctioned are websites that U.S. officials say operate as fronts for Russian intelligence agencies and spread disinformation, including articles alleging widespread voter fraud in 2020. The individuals who were targeted include Konstantin Kilimnik, a Russian and Ukrainian political consultant who worked with former Trump campaign chairman Paul Manafort and who was indicted in special counsel Robert Mueller’s Russia investigation.

The two leaders had a second tense call this week in which Biden told Putin to “de-escalate tensions” following a Russian military buildup on Ukraine’s border, and said the U.S. would “act firmly in defense of its national interests” regarding Russian intrusions and election interference.

In a television interview last month, Biden replied “I do” when asked if he thought Putin was a “killer.” He said the days of the U.S. “rolling over” to Putin were done. Putin later recalled his ambassador to the U.S. and pointed at the U.S. history of slavery and slaughtering Native Americans and the atomic bombing of Japan in World War II.

U.S. officials are still grappling with the aftereffects of the SolarWinds intrusion, which affected agencies including the Treasury, Justice, Energy and Homeland Security departments, and are still assessing what information may have been stolen. The breach exposed vulnerabilities in the private supply chain as well as weaknesses in the federal government’s own cyber defenses.

CHICAGO — The City Council on Monday delayed a vote on Mayor Lightfoot’s curfew change — but a group of young residents are urging members to vote no. The young adults are part of the racial … END_OF_DOCUMENT_TOKEN_TO_BE_REPLACED

The fire at the former Pheasant Run Resort, 4051 E. Main St., broke out Saturday afternoon, sending huge plumes of smoke into the sky surrounding the closed resort and drawing dozens of onlookers who … END_OF_DOCUMENT_TOKEN_TO_BE_REPLACED

As the 2022 political season gets into full swing, one of the most intriguing candidates for elected office is Herschel Walker. The star running back with the University of Georgia and Dallas Cowboys … END_OF_DOCUMENT_TOKEN_TO_BE_REPLACED