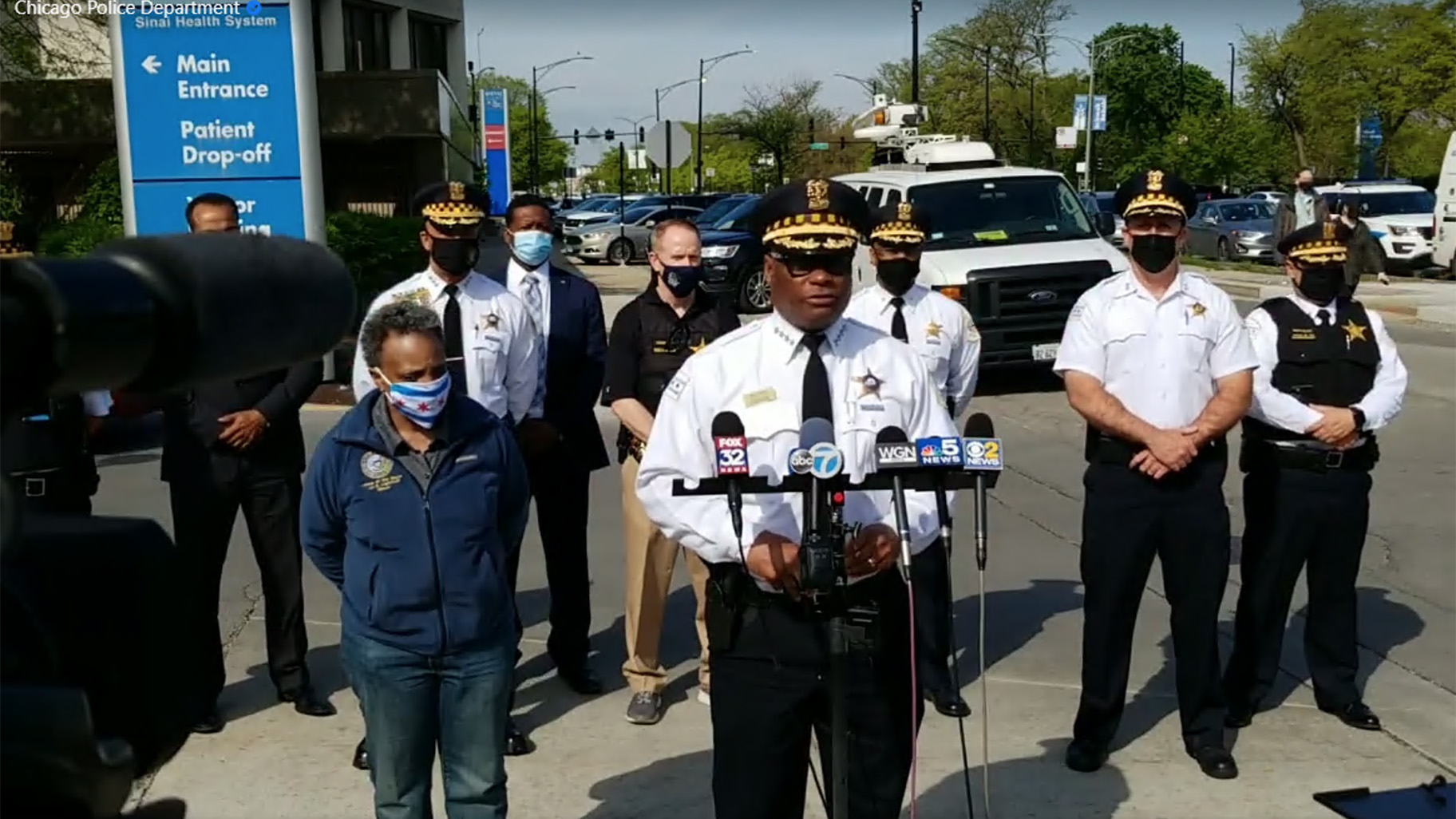 
(CNN) — Two Chicago police officers were shot on the West Side of the city Sunday morning and have been released from the hospital, and the suspected gunman was also shot, according to the Chicago Police Department.

Police Superintendent David Brown said officers responded to a ShotSpotter gunshot detection alert and calls of shots fired on South Lawndale Avenue after 7 a.m. Two officers arrived and saw a man in a vacant alley nearby, and as they approached, the man turned and began firing at the officers, Brown said.

“This offender had no regard for their position as police officers — no regard — and began trying to kill them,” he said.

One officer returned fire, hitting the man in the leg, police said in a statement. The man was then placed into custody, and a weapon was recovered, police said.

Both officers — who were in uniform — were taken to Mt. Sinai Hospital, Brown said. The suspect is recovering in stable condition at a separate hospital, he said.

“Thankfully none of the injuries were life threatening,” Chicago Mayor Lori Lightfoot said Sunday morning. “It underscores the danger that our men and women in the police department face every single day. They run to danger to protect us. And we can’t ever forget that.”

The shooting is the latest spate of gun violence in Chicago, which like many American cities has seen a startling rise in shooting incidents and murders in the past year. City crime data shows there have been 865 shooting incidents as of May 2 this year, a 33% increase over last year’s total at this same point.

Criminology experts have pointed to a “perfect storm” of factors for the increase, including the COVID-19 pandemic’s destructive impact on the economy and on civil social ties as well as tension and mistrust between police and the community.

CHICAGO (CBS) — Four people were injured Wednesday evening in an accident at the busy intersection of 79th Street, Stony Island Avenue, and South Chicago Avenue. The crash happened at 7:11 p.m. at the … END_OF_DOCUMENT_TOKEN_TO_BE_REPLACED

Real estate investors re-entered the housing market in a big way in the second quarter of 2021, and Chicago is at the top of the list for investor purchases, according to a new report. The study by … END_OF_DOCUMENT_TOKEN_TO_BE_REPLACED