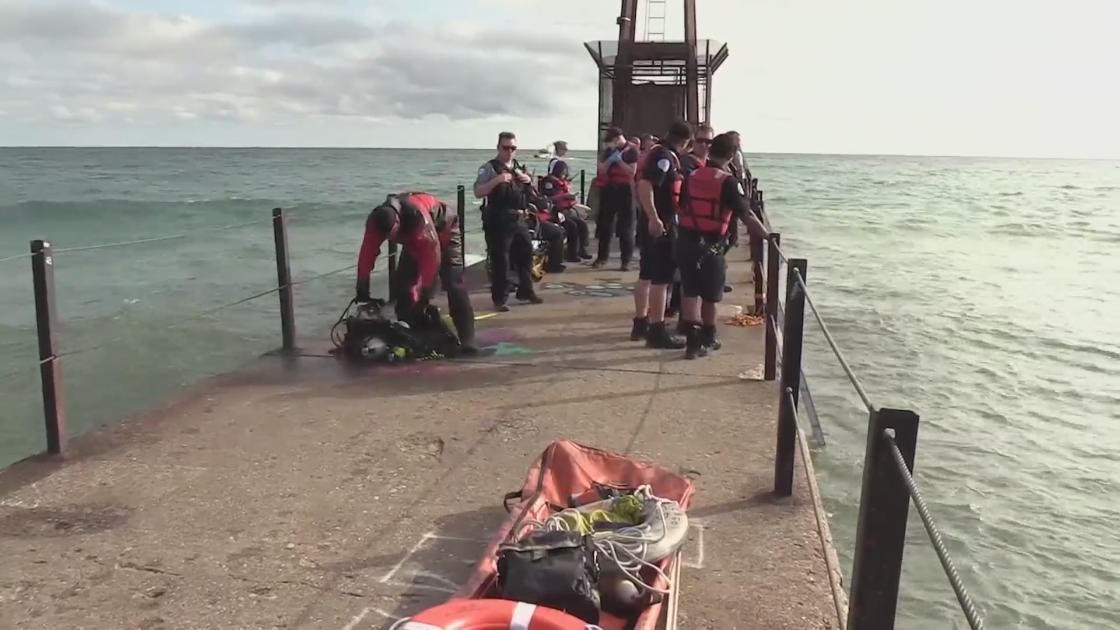 CHICAGO — Two people were killed and several others were rescued along the lakefront in the Chicago area Sunday as high waves have contributed to dangerous swimming conditions, with waves up to six feet high.

It was anything but a calm Sunday morning on local beaches, with dangerous waves battering the lakefront early and often.

In Evanston at Clark Street Beach, a group of friends were playing with a ball when it fell in the water. A 21-year-old Northwestern student tried to swim out to get the ball but nearly drowned.

“I swam out to him but as soon as I did, the undertow was immense. It was huge,” Drew Osacada said.

Friends along the shore called 911 and the Evanston Fire Department arrived to rescue.

“The current is definitely picking up, the wind is picking up and the waves are getting a little more dangerous for people out there,” Tim Migon of the Evanston Fire Department said.

At Pratt Boulevard and the lakefront, one person died after jumping in the water at approximately 7:30 a.m. Sunday morning. Even rescue efforts were cut short initially due to dangerous conditions.

Officials were not able to recover the body until later in the day.

A person also drowned to death in Waukegan early Sunday evening, according to fire officials. Officials said a person was removed from the water by a bystander after being underwater for several minutes.

A beach hazard advisory remains in effect until 1 a.m. Monday.

A representative for Vistria declined to comment. Founded in 2013 and led by Marty Nesbitt and Kip Kirkpatrick, Vistria manages more than $8 billion in assets and invests across health care, education … END_OF_DOCUMENT_TOKEN_TO_BE_REPLACED