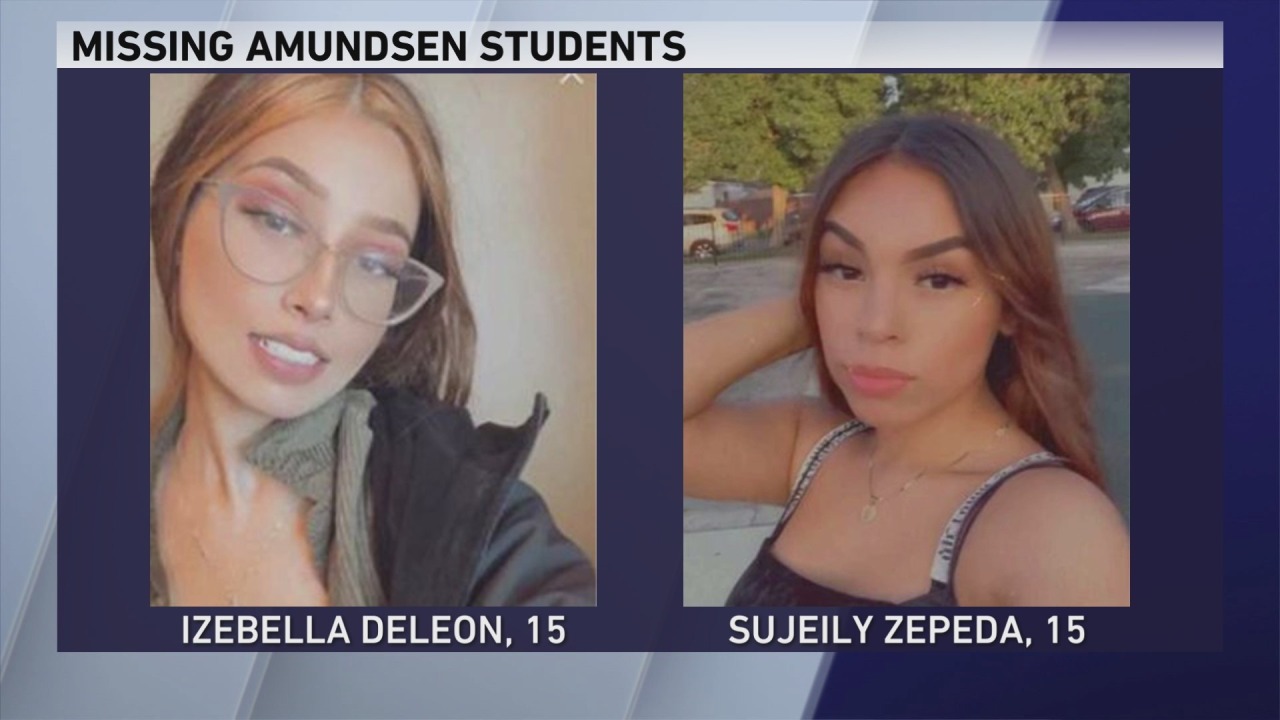 CHICAGO — Chicago police are asking for the public’s help in finding two missing teenagers from the North Side.

It is unclear if the girls know each other or if they were together when they went missing.

Sujeily is described to be about 5 foot 2 inches tall, 110 pounds with light brown hair. She was last seen wearing a black Nike skull cap, gray Columbia jacket, a Nike ‘Swoosh’ T-shirt, pink pants and white Crocs, according to police. She also has a scar near her left eyebrow.

Izebella is described to be about 5 foot 4 inches tall, 110 pounds with light brown hair. She wears glasses. No further details were provided by police.

The principal of the school said she did not believe their disappearance had any connection to the school, other than both being students there.

Anyone with information if urged to contact Chicago police.

President Joe Biden speaks as he announces that he is nominating Jerome Powell for a second four-year term as Federal Reserve chair, during an event in the South Court Auditorium on the White House … END_OF_DOCUMENT_TOKEN_TO_BE_REPLACED

Research has shown that women are most likely to shop for milk substitutes, and so the all-women Planting Hope, which counted food industry financier Larry Levy and other men as early investors, is no … END_OF_DOCUMENT_TOKEN_TO_BE_REPLACED