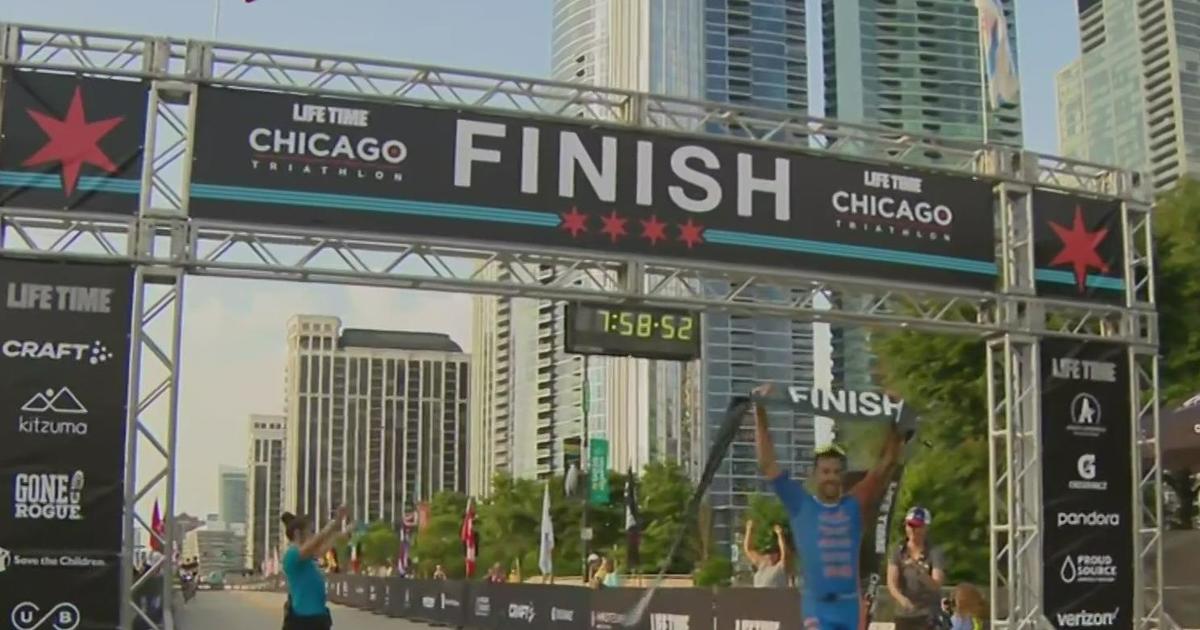 CHICAGO (CBS) — There’s nothing like a little exercise to get you going in the morning!

Competitors faced a nearly mile long swim, a 25-mile bike ride and then capped it all off with a six mile run.

It’s a grueling test of endurance, but the athletes say the atmosphere makes it a special experience.

More than 5,000 athletes from around the world, including more than 800 first timers, participated in the race.